A new stamping pattern, a really cool countertop or an unusual color effect always draws an excited crowd at a concrete training school or trade show.

Many decorative concrete contractors grew up in the industry — often their dads were in the trade — and they learned the basics of working with concrete at an early age. But as the demand for decorative work has increased, contractors have tackled new techniques with an enthusiasm fueled not just by the money to be made. Unlike plain old slab work, decorative concrete brings creativity to the forefront.

We present to you here four people who fell in love with the possibilities inherent in concrete — its fluidity, endless possibilities for color and shading, and longevity. They have taken a substance usually thought of as mundane and used its natural characteristics to create enduring works of art. 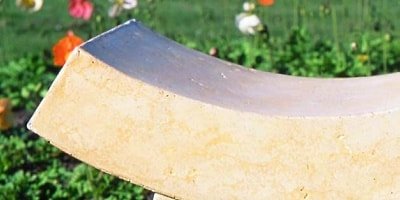 Buddy Rhodes uses his own concrete mix — which he also sells to contractors — to create hollow three-dimensional pieces. The water/cement ratio is about one part water to 10 parts mix. 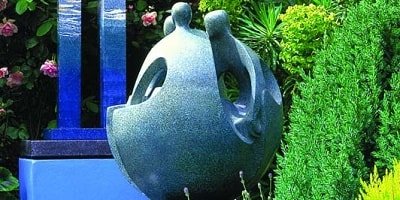 Carole Vincent lives in Cornwall, England, in a house overlooking the sea. Her father was a concrete contractor and she grew up around the trade, originally working with concrete as a building material and then turning to more artistic uses for her favorite medium. 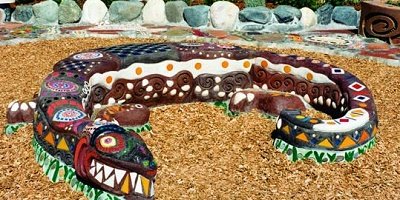 Lilli Ann Rosenberg discovered concrete more or less by accident, when a concrete truck dumped a pile of wet cement in a vacant lot across the street from the Henry Street Settlement in New York City, where she taught art to children.