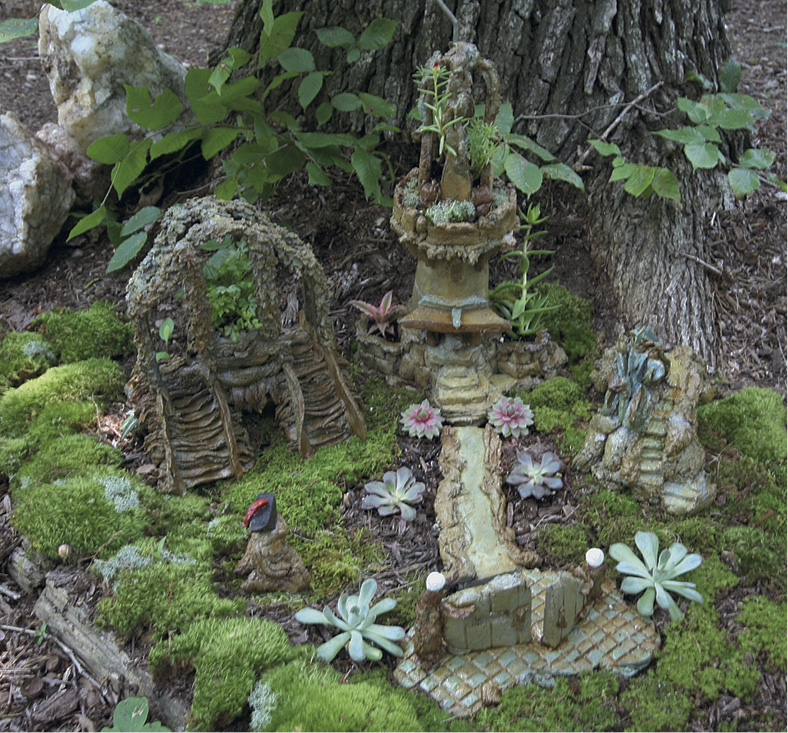 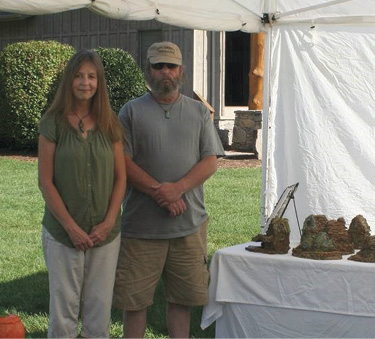 For a man who’s been into concrete as far back as he can remember, the business has changed a lot since he ran Carl Concrete Construction in Greensboro, North Carolina. Now co-owner of Spirit Stone, Bill Carl has moved away from the traditional uses of concrete to its more artistic side.

Back when Carl first started out in the 1980s, things were a lot different — the tools, the techniques, the mixes. He doesn’t remember any big crews, he says, because there weren’t many big jobs. However, he does recall working on a parking deck that was “a pretty big deal.”

Before he was 35, he worked on a lot of commercial projects interspersed with residential jobs. Business was cyclical in nature, he says. 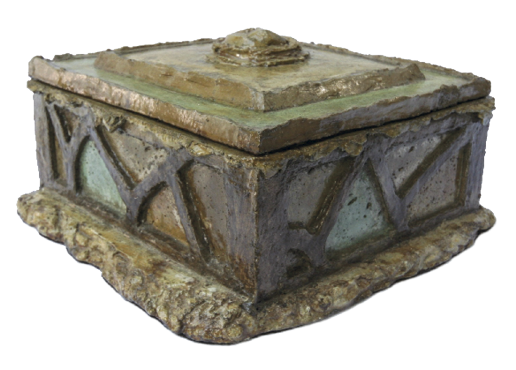 “I was doing decorative concrete before it was actually called decorative concrete,” says Carl, adding it was all just part of his regular business. A lot of his work entailed designing and building fountains, benches, tables, fireplaces and countertops. And he was one of the first in his area to have a set of rubber stamps “way back when.”

Since 1995 or so, “I specialized in architectural and high-performance concrete. My standard practice was to meet or exceed ACI standards on every project, period,” Carl says. “I can’t say I had my own system, but I did practice techniques that were not commonly used.” He notes he used “a straight cement 5,000 psi” mix for everything and often added an integral color. 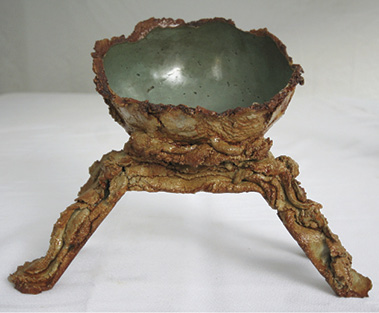 Over the years, his techniques have changed as his business evolved. “I can’t say I’ve never poured into a mold but I can say I never had much use for them.” He used to work “the old boy way,” Carl says, “Form, pour, strip, finish — that’s the method I used whether it was on the job or on a product.”

Getting into the spirit
About three years ago, making products became Carl’s sole focus when he and his wife, Julie, began their newest venture, Spirit Stone. He started out modifying common applications in the production process but he soon found them too restrictive to accomplish the tasks at hand. 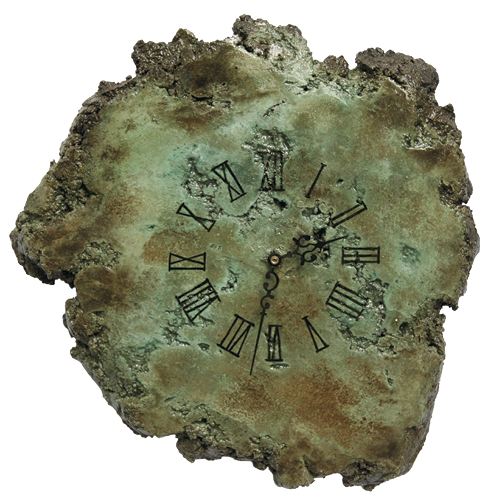 Carl says he had no choice but to eliminate practically everything he had ever used from his decades-old repertoire, “leaving only me, concrete and one tool.” He has since added a second tool but uses it infrequently. “I’d say 99 percent of everything I do is done using one tool.”

Doing everything by hand without the aid of machines, Carl says he doesn’t use molds or armature to craft his products. Eighty percent of the things he makes are made with a continuous process “at slumps from 0 to soup,” and 99 percent of the coloring he uses is acid stain.

He can’t find the words to exactly explain the process he uses to sculpt his wares but says he uses a palette in much the same manner as a painter. “The mix is straight up cement, sand and rock,” Carl says. He routinely manipulates the ratios and scales depending on what he’s making. He adds that he uses no mechanical reinforcement and if there’s a “secret sauce” in the mix, he isn’t saying. 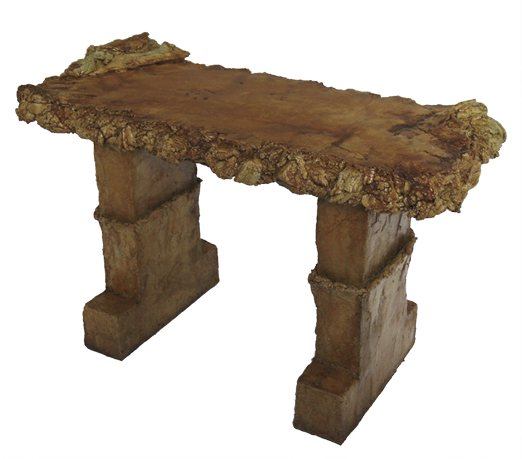 The name Spirit Stone comes from the emotional reaction people have had from observing Carl and Julie’s work, which was recently displayed in September at the juried fine arts festival at the Annmarie Sculpture Garden & Arts Center in Dowell, Maryland, on Solomons Island. There, the couple won the Best of Show honors.

While a lot of what Carl does now is art, he doesn’t consider himself an artist. “It’s not me as an artist revealing myself through the material,” he says. “The concrete is revealing itself through me.”

Merging art and concrete
Concrete is an unusual material because it can mimic almost anything and produce results that are often unintentional. Some of Carl’s favorite pieces are ones that Julie “messes up on” that he has to lend a helping hand to save. But then she completes them with her engineering skills and finesse. “Those pieces tend to be spectacular,” he says. 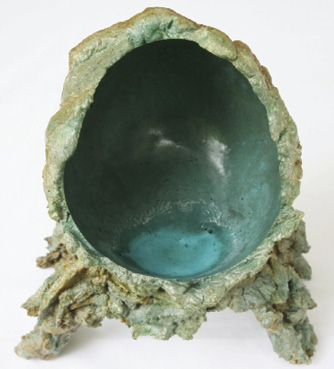 One of the more unique items the duo crafts are cremation urns — selling them at shows and events as well as online at memorials.com. While people have a hard time dealing with the topic of human ashes, Carl notes it’s getting better. One recent request involved adding the cremains of a family’s grandmother to a concrete mix and making 17 keepsakes for her kin. Carl, who notes they also make memorial benches, says they’d like to see more of these kinds of projects.

Other notable work the pair produces are whimsical garden pieces, clocks, oil diffusers, jewelry, wall hangings and figurines. “We’re going outside the concrete industry and we’re presenting it to a group of people who have never seen concrete like this before,” says Carl. “It’s simple in its basic form yet so hard for most to comprehend.” 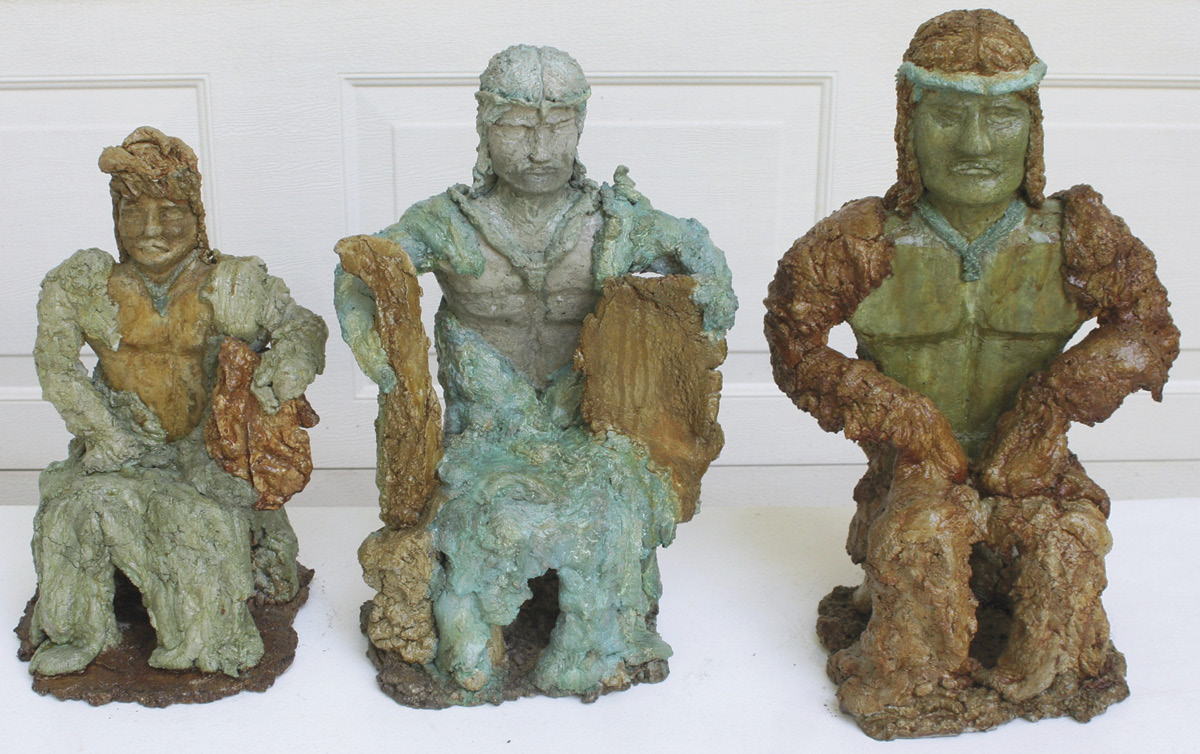