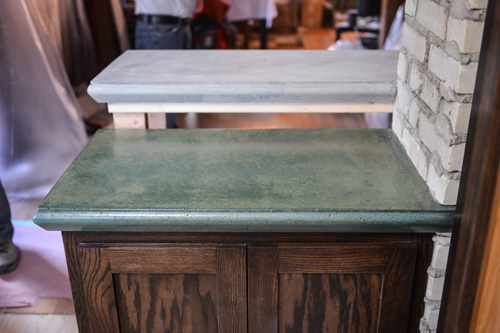 The DIY Network seems to be taking the lead in producing TV show episodes about decorative concrete.

Ed Baldoni, owner of Concrete Countertop Solutions, which makes the Z-Counterform countertop forming system, is an innovator who recently got his face onscreen. He wrote Concrete Decor to tell us about his experience.

Last October I was contacted by Nicole from Magnetic Productions in Minneapolis. She introduced herself as the producer of “I Hate My Kitchen,” which airs on the DIY Network. 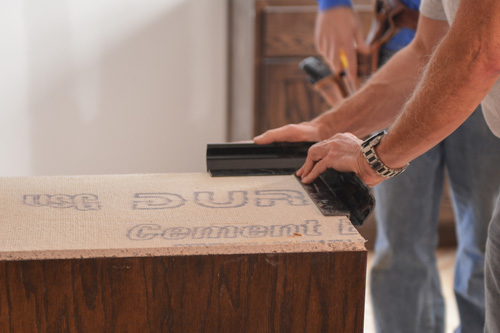 The producer seemed very excited about our forms and our pour-in-place method. She wanted to use them on their next project.

I contacted the official contractor (Nate Thein) who does all the behind-the-scene work for the star of the show James Young. He was not familiar with our forms or system. I sent him material ahead of time to allow him to become familiar with the Z Counterform system. I offered to help him pour because I wanted to make sure everything went smooth. He welcomed my help so I cleared it with the producer to make sure they were OK with having me there. 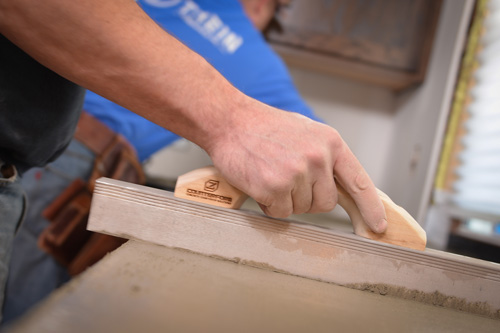 I then contacted Greg Walter and Don Ciesielski from Walttools and asked them if they would like to join me in the setup, pouring and finishing of the tops.

All I can say about James is that his acting skills trump his contracting ability. Nevertheless, he was a fast learner and did a great job in showing the Z Counterform system. The great aspect of the Z Counterform system, the one I envisioned when I developed it, is that anyone can achieve high-quality, professional results with little or no previous concrete experience. As it turned out, Nate was not able to practice with the extra supplies I sent, nor had he had any other concrete countertop experience, so it was really a day for the novice with regards to the production crew. 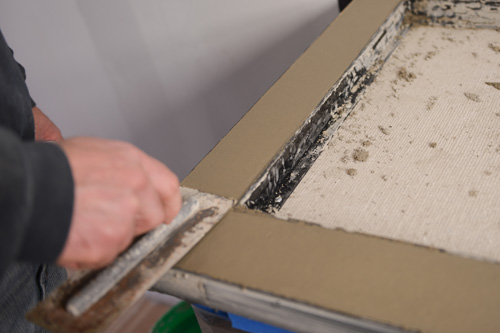 Shooting a project for a television show stretches the timeline to an extreme, but we still managed to fully form, pour and partially stain and seal a kitchen in what amounts to a day’s time (over the course of two days). The Z Counterform system is an immense time-saver for the novice or experienced fabricator. By following some well-laid-out instructions, the Z Counterform system will take you from start to finish in creating some remarkable concrete countertops.

We did not see the final cut of the show, which will air late winter or early spring, but I am sure the kitchen turned out great. Following up with Nate, everything went off without a hitch.

As for Greg, Don and I, I’m pretty sure we will always be more comfortable behind the scenes developing new and better products for the decorative concrete industry. 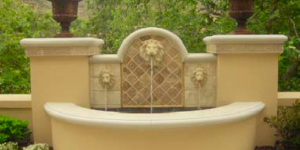 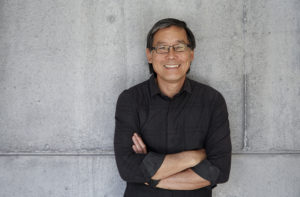