Neither Scott Cohen, who owns The Green Scene in Northridge, Calif., nor Allen Miller, CEO and president of Concrete Revolution in Denver, Colo., have ever had a problem with alkali-silica reaction in their glass and concrete countertops.

Cohen, who specializes in creating resort-style outdoor rooms, says he’s been successfully using recycled glass, including slumped wine bottles, in his countertops for the past 15 years. He credits his early achievements to beginner’s luck, but says he now routinely reads reports and analysis to stay current. “Clear glass is more susceptible to ASR problems, but we don’t use a lot of clear glass,” he says.

He suggests that contractors read the data that’s out there to formulate their own ASR-resistant mix or to hire someone to do it for them. “The formula will differ from zone to zone,” he says, noting regional differences in materials.

Miller, who has been mixing glass and concrete for more than 10 years, routinely replaces a portion of the aggregate in some of his pieces with post-consumer recycled glass. To further help reduce the environmental impact of its countertops, his company substitutes 25 percent of the cement in its concrete mix with post-industrial VCAS, a fine-powder byproduct of fiberglass.

Miller was surprised to find out that the VCAS he incorporates into his GFRC countertops made them ASR-resistant. “I guess that would explain why we don’t have an issue with hand-formed,” he says with a laugh. “I use VCAS because we’re trying to reduce the amount of cement in our mix design to reduce our products’ carbon footprint,” as well as making them eligible for LEED points. The ASR-resistant aspect was a bonus. 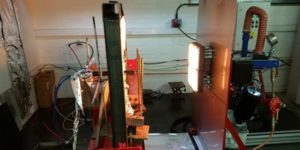 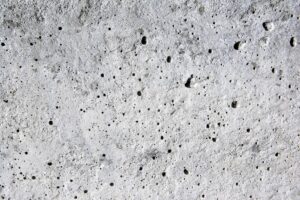 How to Prevent Coating Defects Caused by Concrete Outgassing 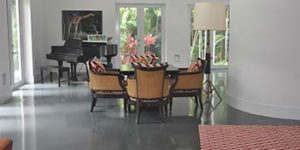 New Cement Can Contribute to a More Sustainable World