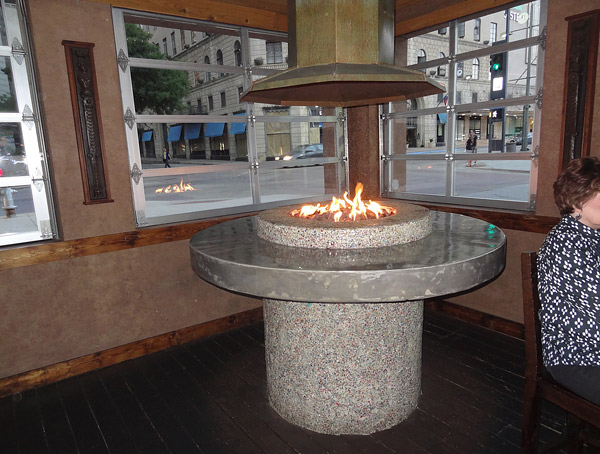 A fire pit is not an unusual feature for a nice restaurant, but there is something unique about the built-in fire pit at Wild Salsa.

Monster Constructors stepped in to repair a pit placed by another contractor. The result is a glow-in-the-dark, tabletop-height fire pit that presides over a corner section of the restaurant and is situated near a busy Dallas street. Passers-by peer in and snap photos of the fire pit, which has become a draw for the restaurant.

“Once the contractor that was originally awarded the job had finished, it was a leaning tower that was headed for demo. It was nearly falling over,” says Mark Womack of Monster. “Fortunately we were then given the opportunity to resurrect or demo and start new.”

Womack decided to attempt the reconstruction, and the finished product now speaks for itself, he says. “I was given artistic license combined with the owners’ desire to have something unusual,” he says, “so now the restaurant has this stunning one-of-a-kind piece.”

Womack needed to completely reconstruct the fire pit, cutting away chunks of the old structure and remolding the entire pit to be straight and perfect. “Once the structure was corrected, I hand-seeded a confetti mix of different colors of recycled glass mixed with glow-in-the-dark pellets around the base and top while keeping with the gray tones of the bar tops,” Womack says. “After some distressing of the edges and surface top to give it an aged look, it was sealed with polyaspartic to lock it all in and give the countertop portion a glass finish.”

Womack’s crew at Monster also made large custom ramp sinks for the restrooms, stained and finished the concrete floors, and constructed 150 square feet of bar tops, with recycled glass in the edging. 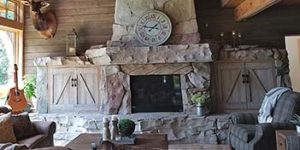 20-foot Carved Concrete Fireplace Stands Out in Parade of Homes 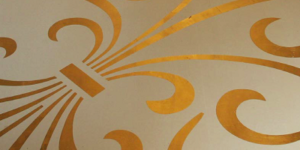