This is a look at some of the new products out there and what the experts advise when considering a purchase of coping or edge forms.

A coping form is most often used on a pool. Think about the cantilevered, bull-nosed overhang on most pools. A coping is also the top layer or covering of a wall or pier that is exposed to the weather. It is usually sloped to carry off water.

An edge, of course, is just an edge of a pour or overlay. However, whether it’s a sidewalk, countertop or stair tread, the edge profile can range from flat to fancy.

Reusable or one-time forms
Whether coping or edge, forms can be arranged under two categories — one-time and reusable. If you’re shopping for edge and coping forms, one of the main considerations is whether to buy a reusable product for multiple pours or spend less on a one-time item to be stripped out and thrown in the dumpster.

The typical one-time-use form is made from low-density styrene foam, which is light and economical but one of the less rigid and durable materials on the market. One-time forms are often the least expensive and generally the most cost-effective if your business does not need the form regularly, says Cameron Morgan, who represents the Pacific Formliner brand, offered by Pacific Concrete Images in California.

Reusable forms cost more, but if purchased intelligently they should pay for themselves with multiple uses. Reusable forms are generally made from tougher materials, which can often perform better in a radius or detailed profile, he says.

Chris Swanson, owner of Colour, a concrete company in Placerville, Calif., says he goes with reusable plastic forms whenever possible. The reusable forms cost more upfront, but the cost is usually built into the bid, and the expense is recovered with multiple usage. “I try to get them paid for in the first or second job,” Swanson says. 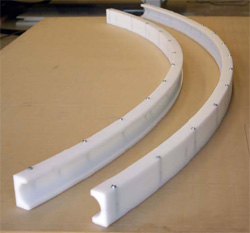 The advantage of the reusable form is in its toughness, Swanson says. “They’re just flat out more rigid.” That means straighter lines and better profile integrity. “You just don’t get as much detail from foam,” he says.

If Swanson uses the right forms installed the right way, he can strip them out and have little to no handwork left to do. The ultimate goal of forming is to strip it out and walk away, he says, and reusable plastic forms get the user much closer to that goal than the one-time products.

Swanson uses forms made by a small company that manufactures using a unique method that Swanson predicts will be common across the industry within a few years. Colledi Designs is essentially a wood shop that started carving concrete forms. The company began using its sign-making equipment — an industrial router and design software — to cut forms from polyethylene stock.

The company sells several stock profiles, but what really makes it unique is custom design. Swanson says that he can work with Colledi on their computer drafting system to design custom profiles and an entire forming installation. That way, every piece is custom cut and the installation is planned on paper.

The router can produce tricky radius forms, as well as carve transition pieces that blend one profile into another in one length of form. “You can create any shape you want,” Swanson says.

Heidi English, co-owner of Colledi Designs, which is located in Fresno, Calif., says the wood-oriented company first entered the concrete business when asked to make a stencil for a decorative concrete applicator. The company now makes custom stencils and forms. It works with applicators to design increasingly more detailed profiles and is developing a 3-D profile form.

English says that product innovations are often the result of collaboration with the creative minds of local decorative concrete applicators. “They are developing new ideas and new techniques right along with us.”

Swanson says the rubbery plastic of a Colledi form releases well, and some applicators do not use a release agent with it, although a light application is recommended. Swanson says the material strips better than any other he has used.

Unlike most established makers of one-time forms, this newcomer offers no systems for setting up the forms. Attachment is left to the contractor.

However, some other innovators in the form market have addressed attachment.

Mike Eastergard, owner of PreiTech, a Georgia company, says that he discovered that contractors installing foam coping forms in pools had to use tie wires because the water-soluble adhesives did not hold up. “There was room for improvements on several different levels,” Eastergard says.

His company offers a system with 3-inch-wide double-back tape to attach the forms. The forms themselves are made of high-density foam, which makes them more rigid and durable than typical one-time forms.

PreiTech has also addressed the shortcomings of polystyrene utility under a miter saw. “It tears more than it cuts,” Eastergard says.

To help applicators in the field, he offers pre-cut corners in angles of 15 degrees, 22.5 degrees, 30 degrees and 45 degrees.

If flex is the most important feature you are looking for, the market addresses that need as well. One example is the Formliner brand from Pacific Concrete Images. The company offers forms for everything from pool copings to fireplace surrounds and wall caps in reusable polyethylene.

The forms are good for 8 to 10 pours, Morgan says, if the forms are rinsed and stored in their liners after each use. Each profile comes with matching finishing tools. The advantage of such a reusable form is its flexibility and cost-effectiveness. If the job calls for straight lines and you don’t foresee a future need for the forms, then a one-time product is probably the way to go, Morgan says.

For those who install a lot of flat work with flat profile edges, there are a range of reusable forms that feature flexibility. These forms are an alternative to building forms out of lumber.

One is Plastiform, which is made by The Plastiform Co. in Seattle. Owner Mike Lane says that customers report using the plastic form boards for years and hundreds of pours. The key feature of Plastiform is that it bends to a 3-foot radius.

Its other distinct offering is a slide clamp. Replacing pocket stakes, the clamp slides in a groove in the backside of the form board so it can be moved to wherever you want to place a stake. Stakes can then be arranged in whatever spacing is necessary.

Another of these types of forms is Poly Meta Forms from Metal Forms Corp. of Milwaukee. These are plastic forms with steel stake pockets. Company president Tom Miller says the system is a labor- and money-saving alternative to forming concrete with wood

So when shopping for forms, first consider how many pours you will expect your forms to deliver and how much detail you need. Those answers will determine whether to go with a one-time form or a reusable system. 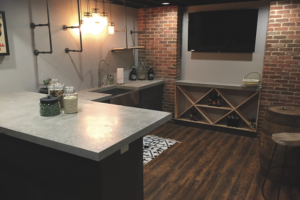 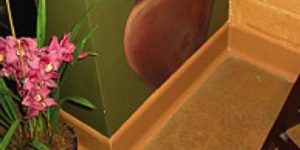 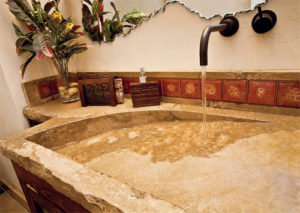