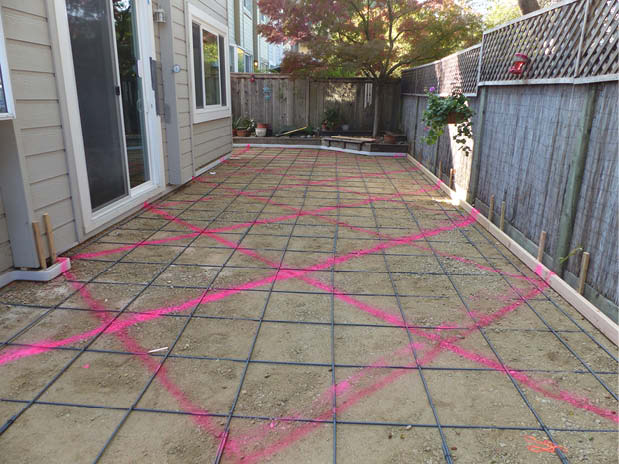 Joints — both construction and control — are parts of almost every concrete project. Whether the job is a stained patio or a stamped sidewalk, good planning and a little extra care can help create a finished surface that’s both attractive and has proper concrete joint placement.

Concrete contractor Lee Levig says the important thing is to lay out your joint pattern before you begin. He prefers working in CAD (computer-aided design).

“When I lay out my drawing, I start with all the mandatory joints, inside corners and anything protruding through the slab,” he says. “Concrete always likes to have a balance, and you have to think about that. You also want to cut your joints square.”

When possible, Levig adds that he tries to incorporate the joints into the design, and if a client wants tooled joints, he’ll cut and deepen what he would normally put in.

“If you have a patio that has a sidewalk coming off each side, you want to make sure you lay it out so when you go off those inside corners they’re going to line up and be square with everything else,” he says. “You want to avoid having a line that’s crooked with the house.”

Like Levig, he says clients often want to have input as well.

“People just have preferences on what they like for looks,” Osterhaven says. “For instance, with decorative concrete, people will want a tooled control joint.”

Tom Ralston of Ralston Concrete also frequently works in the hardscape market, and he says he has one go-to grid pattern that works on many expanses.

“We have patios that are meandering or serpentine, and one of the ways we’ve found to put in deep joints there is to do a diagonal pattern,” Ralston says. “It looks great, very aesthetic and very clean.”

There is one drawback, however. If the look is more diamond-shaped rather than 90-degree angles, the control joints aren’t quite as effective in preventing cracking.

When it comes to stamping or texturing, there’s some disagreement on the best approach for handling joints. Jim Bowie, a senior product manager with supplier Marshalltown Co., advises placing the stamp or mat up to the joint but not over it.

“There’s no way to go back and retouch it,” he says. “There’s usually a powdered or liquid release that’s on the surface of the slab, and if you run the groover back across the groove with the release agent on it, it will discolor the concrete.”

Osterhaven agrees — to a point. He says it depends on the stamp or mat.

The bottom line: while Levig says there are times when he tries to minimize the look of control joints in his decorative work, it’s also important to manage the expectations of the client.

“At the end of the day, it’s just concrete,” he concludes. “I can make it look prettier, but I can’t change its properties. Many people tend to oversell, and the customer is expecting things that just don’t happen.” 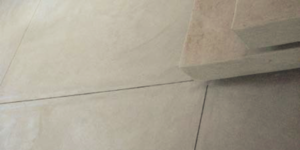 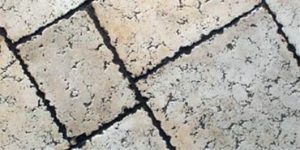