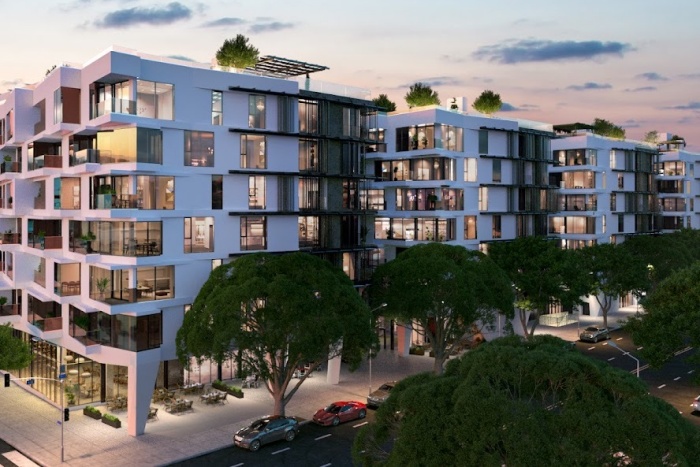 SANTA MONICA, California – In a land where appearance is everything and price is often no object, it’s natural the developers of a mixed-use project, The Park, would specify a high-end lime-based plaster for the exterior walls, then have it sealed with Stain Defense by Glaze-N-Seal.

Providing the materials is Oren Meoded of the Los Angeles-based Meoded Paint & Plaster, who explains the project has taken more than two years – and with good reason. With more than 280,000 square-feet of wall space to cover across multiple buildings with seven stories (ground-level commercial space topped by six floors of apartments) it’s not a project for amateurs. 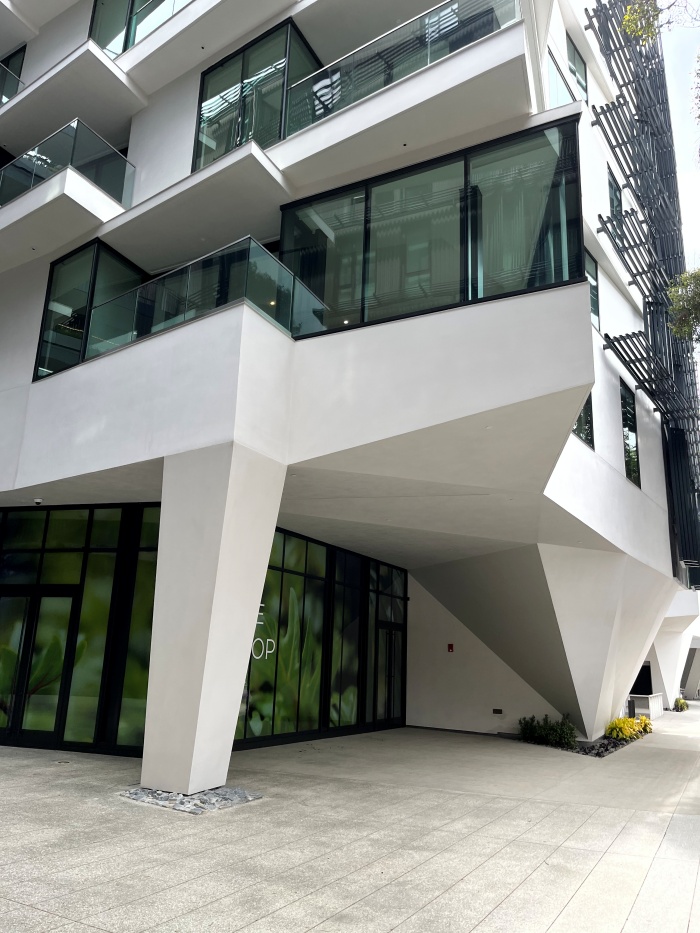 Fortunately, Meoded Paint is a company that specializes in decorative wall finishes, including a full line of the lime-based plasters, along with an equally wide selection of diverse types of decorative paints, including metallic paints, glitter paints and suede finishes that it sells worldwide. Among its paint customers are Sherwin-Williams and Benjamin Moore.

For The Park, the architects specified Meoded Paint’s Marmorino Palladino™, a contemporary natural-stone finish plaster version of early Italian plasters. Oren Meoded says he’s noticed that more designers are focusing on the walls as a design element in their projects. 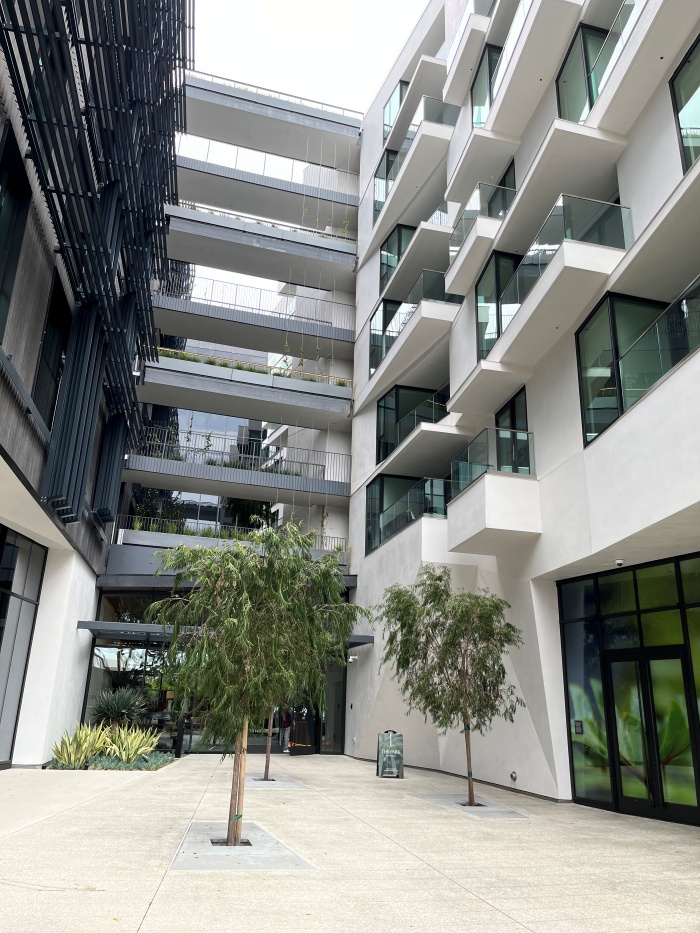 “For years, people would focus on different types of elements in a project,” he says. “It might be furniture and décor or other things to make the space pop, but they tend to forget the biggest space to design in their home is the walls. We’re seeing people really start to decorate their walls with different decorative paints and plasters, and different finishes to create more of an environment.”

However, its good looks were only part of the reason behind the choice of a lime-based plaster.

“Not only is it made from all-natural materials, but it’s an ideal type of plaster to be used in humid areas,” Meoded explains. “It’s a naturally breathable product, so humidity can enter and then has room to evaporate.”

The result, he adds, is it eliminates the cracking and peeling that can occur with acrylic-based plasters. Additionally, the plaster has zero VOCs (volatile organic compounds), absorbs carbon dioxide and, thanks to its high pH, it doesn’t allow the growth of mold or mildew. 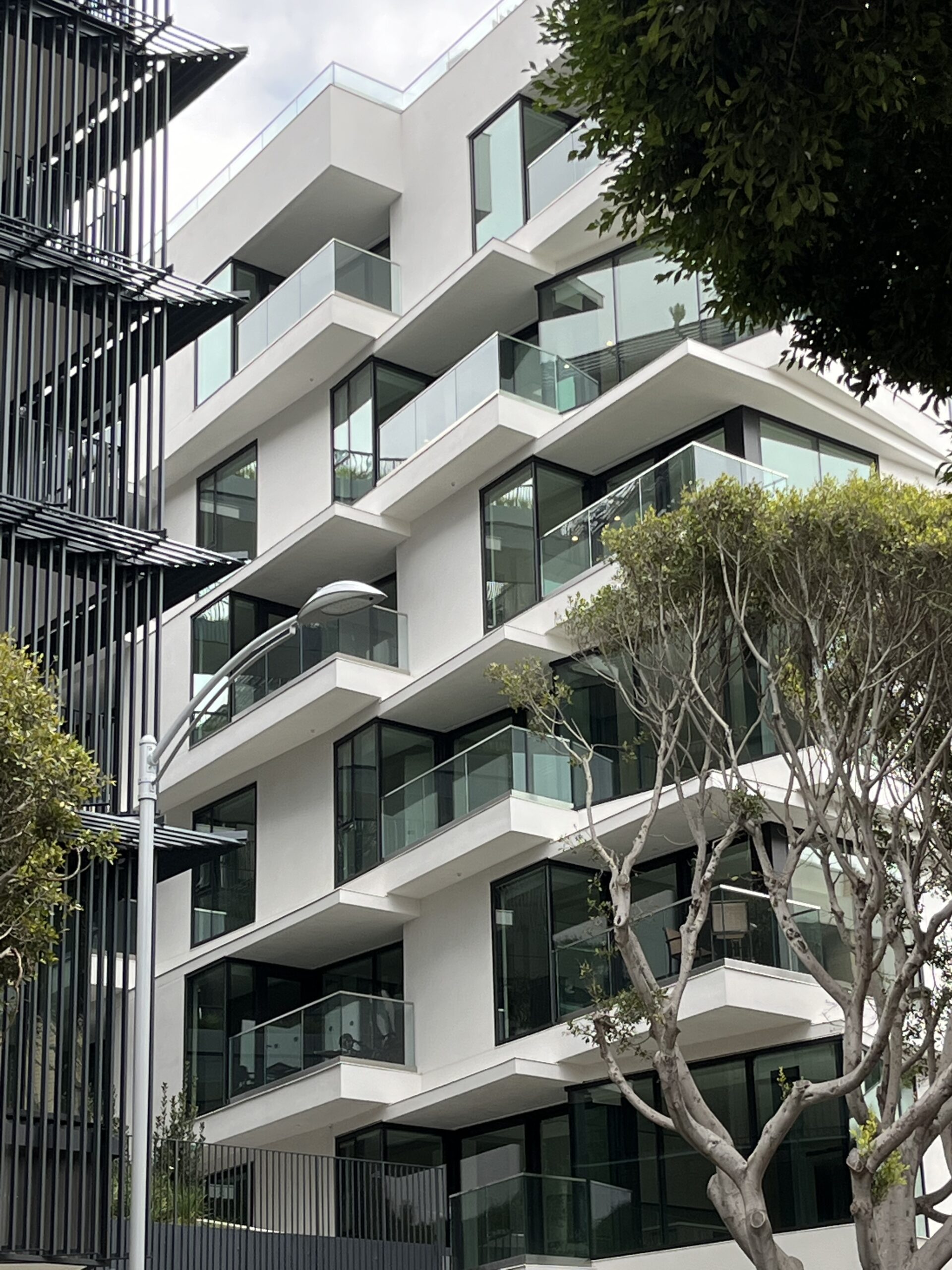 “This is about a block away from the beach, so the air is both humid and salty,” Meoded observes. “However, this is a product they can rely on for years and years that won’t really need any repairs.”

Meoded didn’t even need to do test panels before choosing the Glaze-N-Seal Stain Defense to go over his plaster.

“It’s a stain defensive product we’ve been working with for years,” he says. “We’ve specified it on many, many different projects. We know that it works on our plasters, and we choose to specify it on our products.”

Plus, because the sealer is clear, it didn’t detract from the color and texture of Meoded’s Marmorino Palladino plaster.

“The sealer is something that makes it more washable and more water-repellent,” he says.

Application was handled by a crew of union plasterers and required one coat of Meoded’s Quartz Primer. That was followed by two coats of the Marmorino Palladino. The plaster was trowel-applied with Meoded’s tools. 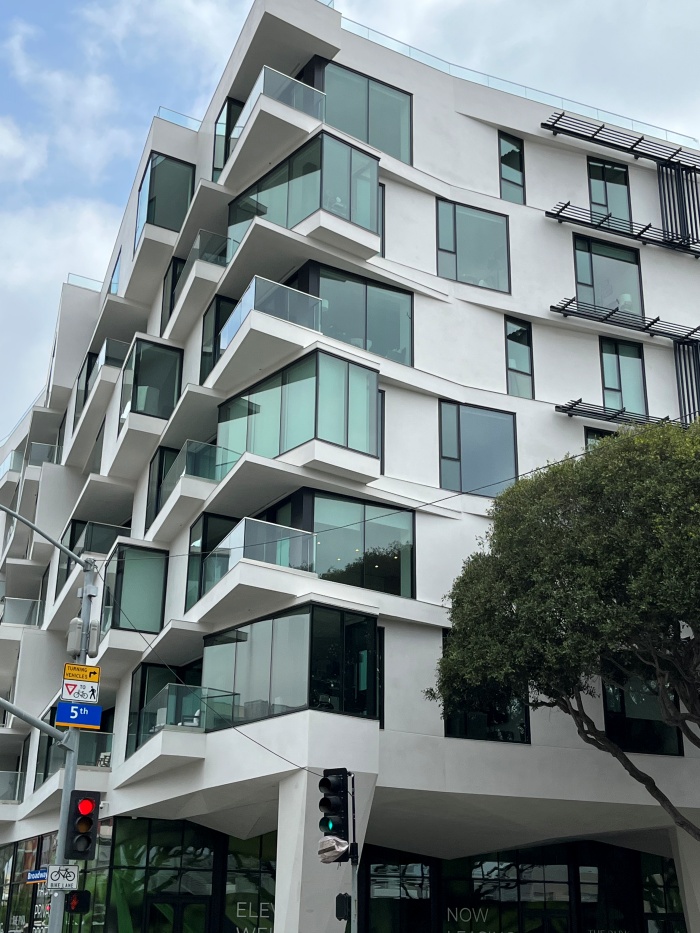 “The specification required a very smooth finish, so we decided to lightly sand the plaster to make it look like one big piece of natural stone,” Meoded adds.

The Stain Defense was then sprayed on. Ease of application is another reason Meoded favors Glaze-N-Seal products.

“If can be applied in so many different ways,” he explains. “You can roll it; you can put it on with a sponge or you can spray it. And it’s quick, nice, and easy to apply.”

The project is new enough that both residents and businesses are still in the process of moving in, but so far what he calls “unexpected weather,” including rain, hasn’t had any impact on The Park’s exterior.

“Some things have held up finishing the building, but it’s still as white and beautiful as ever,” Meoded says.

Meoded Paint & Plaster also supplied wall finishes for some of the interior shared areas, and Oren Meoded says he’s confident the architects and contractors really did their research going into the job.

“It’s an enormous project, and definitely a good project for us,” he concludes. “We’re proud to have something like this in one of the best areas in Southern California, and so close to the water. It’s like having another showroom.”