Sometimes a coat of sealer will pop back up just hours after you’ve put it down. Here’s how to keep it in its place.

Sacco tells the story of a contractor who applied a solvent-based sealer on a pool deck. 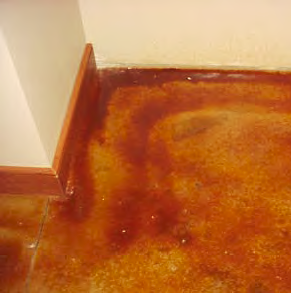 Water is the bane of most sealing jobs. “Moisture is the paramount problem,” says Jim Glessner, owner of GST International, a sealer supplier in Reno, Nev. “There are a thousand reasons moisture causes problems. Often it’s lack of curing time.”

Glessner says a slab should sit for 30 days at 72 degrees or more and 50 percent humidity at most before applying sealer.

Glessner also notes that slabs need a vapor barrier to keep ground moisture from coming up through the concrete. “We were sealing a new pour at a Sacramento home. A pour around the pool didn’t have a single issue,” says Glessner. “But another pour at the house didn’t have a vapor membrane underneath, so the concrete was wet all the time.”

An acrylic sealer was applied and 24 hours later it was snow white. “The white covered a beautiful amber stain,” says Glessner. “I gave them a solution to fix it, but it was short-term. Ultimately they would have to dig out and put in a vapor layer.”Moisture in the air can also cause sealer problems. Gerald Taylor, owner of Images in Concrete, waited 30 days for a basement slab to cure before applying sealant. “As soon as I went into the house on the day we were going to apply sealer, I noticed the air conditioner was on,” says Taylor. “I painted sealer on the edges and it turned completely white.” He did a calcium chloride moisture test and found the concrete had 19 pounds of moisture. “That’s many times higher than it should be,” says Taylor.Taylor recommends extensive training to avoid sealer problems. Taylor has consulted with other contractors and sealant suppliers to learn how to avoid problems. He found good information on sealers at The Stamp Store’s training as well as at Bob Harris’ Decorative Concrete Institute.

Foot traffic is very abrasive. It’s even rougher on sealant than vehicle traffic. “Pretty soon, the foot traffic wore right through the sealer and into the stain,” says Owen. “You can never get it to look right after that.”

For foot traffic, Owen recommends a heavy-duty sealant. “Epoxies and especially polyurethanes are the products of choice to protect against heavy foot traffic abrasion.” 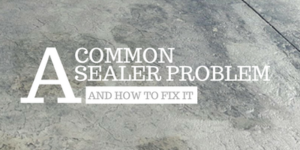 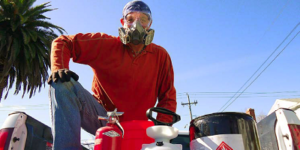 Let’s Be Careful Out There, Mike Miller Talks Safety and Solvents 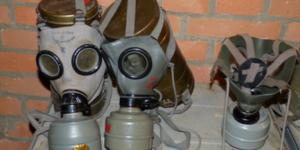