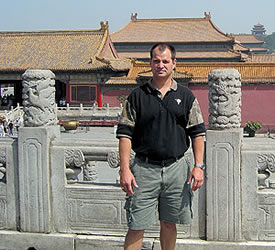 You might say Clyde Cobb got into decorative concrete on the ground floor.

“When I was growing up, my father was in industrial flooring, and I’d give him a hand now and then,” he says. “I sort of grew up in epoxy overlays, and knowing concrete a little bit.”

After graduating from the University of South Carolina (USC) in 1985, Cobb joined his father’s company as a full-time employee. The enthusiasm in his voice makes it clear that this was a choice of passion, not of family convenience.

He recalls participating in a USC career day event that featured graduates of the business school. “I saw all my buddies going in wearing coats and ties, and I’m out front on my hands and knees troweling epoxy stone,” he says, chuckling. “They were kidding me: ‘Clyde, did you graduate?’” But his skill in combining industry experience with an education in business and marketing is giving him the last laugh. 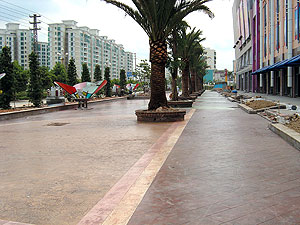 Shortly after he and his father began installing decorative concrete in 1987, Cobb’s ability to envision and develop new products became evident. He developed an efficient color grout system that allowed suppliers to stock only two base colors of grout (white and gray), along with small packets of pigment that customers could add themselves. “But we found out real quick that people don’t like to mix on the job site,” he says.

That experience did not dampen his enthusiasm, though. His father’s installation company was making products for its own use, and Cobb saw an opportunity to expand. “I threw some products in the back of my truck and decided to see if I could sell it myself,” Cobb says. “The concrete contractors I talked to were very interested, so I started a company called Monolithic Polymers in 1988. I was formulating epoxies and sealers, and blending all my own grouts.” 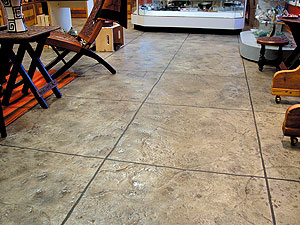 The following year, he went a step further, spurred by a desire to speed up the installation process. “It would take the better part of a day to tape out bricks on a pool deck,” he says. A friend of his installed linoleum floors, and Cobb took home a scrap piece one day. “I cut little brick patterns out of that linoleum floor, and I laid it down over a pool deck I had to do the next day, and I sprayed a red grout over it. When I lifted that linoleum up, I thought, ‘Wow, I’m on to something here.’” That something ultimately led to a U.S. patent on Stencil-Crete, a system for decoratively resurfacing existing concrete.

Cobb’s products proved to be so popular that in 1992 he decided to stop doing installation and concentrate on manufacturing. That’s when he changed his company’s name to Specialty Concrete Products (SCP). Distributors around the country now sell the company’s own branded products. In addition, SCP produces private label products for numerous other companies. 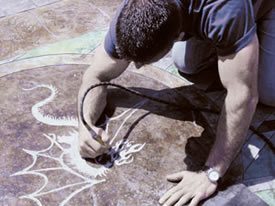 Always on the lookout for marketing opportunities, Cobb went to China in 1994 for a concrete summit organized by the Aberdeen Group. “I introduced stamped concrete over there,” he says. “They had never seen it before, and I knew I had a hit.” Manufacturing the products in South Carolina and shipping them to China was not economically feasible, though. So in 1996 Cobb entered into a joint venture to build a local plant. That Shanghai facility now produces most of the decorative concrete products used in mainland China. “I’m in my early forties, and I’m already known as the grandfather of decorative concrete in China,” he says. 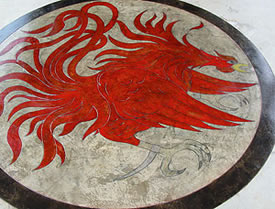 Today, SCP’s international expansion is not limited to China. “I’m all over Europe now,” Cobb says. “I’m all over South America, we’re spreading around Asia, and we’re still growing at home.” All of that growth took a lot of time and effort. “I didn’t do all of this myself,” Cobb says, giving credit to the support of his wife, Nichole, and the dedication and skill of his employees. He believes that SCP’s success is due to a focus on quality, in terms of both customer service and products. Employees try to treat customers the way they would like to be treated, including giving effective technical support. And they make the best products they can, not skimping on quality just to lower the price.

In 1997, Cobb went on what he describes as a quality rampage. “I wanted our product to be the best it could be. We hired a polymer chemical engineer, and we became ISO 9002 certified.” 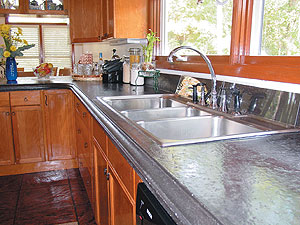 During the certification process, a representative of the International Organization for Standardization (ISO) visited SCP headquarters in West Columbia, S.C. She asked whether problems in the field are usually the contractor’s fault or the material’s fault. Cobb and his staff, somewhat jokingly, responded that 98 percent of the time it is the contractor’s fault. “She looked at me dead in the eye, and she said, ‘Whose fault is that?’” Cobb says. That led him to reevaluate SCP’s training program, which consisted of sending out demonstration videos. “If I watch a video on how to fly a plane, are you going to come fly with me?” Cobb asks. “I don’t think so.”

Now SCP offers monthly four-day “demonars” that give contractors hands-on experience with using the company’s products. Among those products are etching, staining, and resurfacing materials; stamping and stencilling systems; a countertop mix; and engraving equipment. The training program also includes a Specifying Stamped Concrete course that qualifies for a one-hour continuing education credit through the American Institute of Architects (AIA). 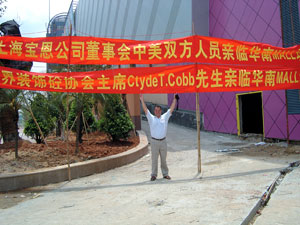 Cobb foresees broad opportunities for the decorative concrete industry. “A lot of times, people will take one of our products and do something new with it. Or people will come to us and ask if we can make a product — we’ll all sit down with our chemical engineer and see how we can make it work.” he says. “The more products people have, the more the artist comes out in them. 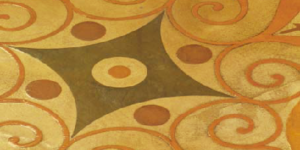 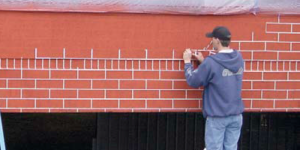 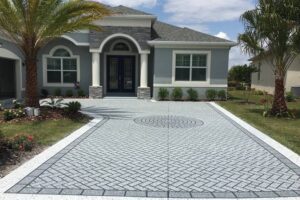