Still struggling with how to meet the federal Occupational Safety and Health Administration’s requirements on protecting your employees from silica dust? You certainly aren’t alone.

If you’re waiting for your favorite manufacturer to bail you out with new equipment, it may take a while. Many of them have new products in the works that will help contractors move toward a cleaner — and healthier — workplace, but changes have mainly been in the areas of beefing up vacuum systems and coming up with designs that will let people retrofit what they have.

The primary reason behind that: a lot of the equipment already on the market offers safe levels of dust collection.

“A lot of the manufacturers have this figured out,” says D.J. White, a tooling specialist in the Charlotte, North Carolina, office of Niagara Machine Inc. “There are certain standards they want that will prevent any dust escaping. It will give you multiple levels of filters and bagging systems, so you don’t have to open the unit and re-expose the dust to the air.”

The important factor is that it needs to be used as designed and recommended by the manufacturer. That includes not just trying to get by with a smaller, less-expensive option.

“For instance, if you’re grinding dry, you have to make sure the dust collector is the proper size, with the right cfm (cubic feet per minute) for your grinder size,” says Monika Angelova, marketing manager for Superabrasive in Hoschton, Georgia. “If you’re using a 32-inch grinder, you can’t hook up a small vacuum that’s more appropriate for a 20-inch grinder.”

You gotta have a plan
The new regulation doesn’t mean that just buying the “right” equipment for a task is going to solve the OSHA conundrum, or that someone else’s idea might not work just as well — or better — than what’s available from the manufacturers.

For one thing, OSHA doesn’t certify equipment. It simply says that if you’re doing X work for Y amount of time, you must use the methods found in Table 1 or find your own control method. And, one way to do that is to buy correctly sized, professionally manufactured equipment, and use and maintain it properly.

“If you can’t follow Table 1 for whatever reasons, you can also use what are called alternative methods,” explains Clark Branum, Ultraflor program manager for San Diego-based Diamatic USA. “However, you may have to do mandatory air monitoring, which means you have to prove your method works, so it’s a little bit tougher.”

Whichever route a company opts to take, it must have each task broken out in its exposure control plan, and then it must have a “competent” person on each job site to make sure those procedures are followed. If they’re not or if dust is visible, that person must have the power to shut down the job.

Just how important are those two components? Branum says he’s talked with concrete contractors recently who have been asked by the general contractor to provide a copy of their exposure control plan when they bid a job.

It’s also a document that employees should be trained on, and they’re asked to sign off on it, as well. There’s a reason for that, too, says Jim Bohn, director of strategic development for North America with Robert Bosch Tool Corp. in Mt. Prospect, Illinois.

“Everybody on a job site is responsible for the regulation,” says Bohn. “Everybody should understand what they can do to avoid creating airborne dust.”

Simplify, simplify
That’s not to say companies such as Bosch have been sitting on their hands while this all unfolds, however. Bohn says his employer has been focusing on things such as how to make the overall process of collecting and controlling airborne dust simpler.

“Going to an integrated dust system that eliminates a vacuum and hose also creates a sense of convenience and less things to haul around,” he says.

And, he believes most brands are doing what they can to create attachments that work with vacuums or integrated vacuum systems that can go on the tools people have today.

Better vacuums are in the sights of many of the equipment manufacturers now. Tulsa, Oklahoma-based Hilti Corp., for instance, has come out with a whole new line of vacuums to provide customers more options based on their applications.

“If it’s a heavier volume of dust, you’re going to need a stronger vacuum with a lot more cfm,” says Eric Hollister, Hilti’s senior director of marketing for electric tools and accessories. “For those that have smaller applications that don’t create a ton of dust, they may only need the simplest vacuum out there that comes with a manual filter-cleaning mechanism but is still Table 1-compliant.”

Angelova says Superabrasive, too, has implemented changes to its vacuums that were introduced last year at World of Concrete. Again, the emphasis is on beefing up the cfms.

Ben Kruse, marketing director for Pulse-Bac Vacuums in Tulsa, Okla., says both are very important in a good vacuum system. All its vacuums come with HEPA filters, and they invented the automatic self-cleaning vacuum 15 years ago, which means even their original units meet today’s standards.

“I’d make sure I have an automatic filter-cleaning mechanism because I wouldn’t want to fail a PEL (permissible exposure limit) test because one of my employees forgot to clean the filters like he should,” Kruse says.

It’s not all about vacuums, however. Angelova, for instance, says Superabrasive is focusing on improving its grinder designs. And, both Hilti and Olathe, Kansas-based Husqvarna Construction Products are working on new shroud designs.

Mark Michaels, director of product management for equipment for Husqvarna, says that company’s recently introduced MS 360 Vac Attachment is a good example of the company’s thinking.

“Most of our products fit into Table 1 quite easily,” says Michaels. “But, we’ve been trying to expand the ability to reach people who have special needs and need to write their plans a little differently and go outside Table 1.”

Plenty of options
The idea of retrofitting existing tools is a popular one, both with manufacturers and end-users.

“A lot of people are keeping their current equipment and buying a vacuum to try to hook up to it,” says Michaels. “In most cases there are shrouds available, so people are buying vacs and then buying the attachments.”

“Some manufacturers have been able to go back and retrofit equipment,” agrees Niagara’s White. “There’s that middle-ground manufacturer who might have some equipment that meets the new standards and another portion that doesn’t. Some are able to retrofit that portion of their equipment and make it compliant, and some just don’t fit the bill anymore.”

Not that plenty of people aren’t out there buying. Several note the big push came this fall as the deadline for implementation got closer. However, White says he believes a lot of those were people who primarily work outside.

As for what comes next, there are several possibilities. An option to working dry, especially with cutting and grinding, is doing the work wet, which cuts airborne dust significantly. Heidi Barker, director of marketing with Runyon Surface Prep Rental and Supply in Carmel, Indiana, says she’s seeing more companies turn to systems that use water.

“We have quite a few guys who have gone wet, just as a personal preference,” she says. “They don’t need a vacuum when they’re doing their wet steps, although then it becomes a matter of slurry management.”

Superabrasive’s Angelova says she’s observed more contractors switching to wet grinding. However, that might not be the best answer for every job, either.

“It may not be appropriate,” says Diamatic’s Branum. “Most guys prefer to use soft-cut saws with vacuums attached, which is fine, but it doesn’t fall under the Table 1 rule, and that may not change anytime soon.”

The good news is that over the years manufacturers have continued to improve wet systems to reduce the amount of water needed which creates less slurry, says Husqvarna’s Michaels.

Hilti’s Hollister agrees, and says newer solutions do a better job of containing the water than ever before. However, he adds, “The conversations we’re seeing this year are all about dust.” Next year, he predicts, they’ll probably revolve around what to do with that pool of slurry that will become dust in 45 minutes.

“You’re going to see more things that are integrated into tools or that can be universally integrated into multiple tools,” Bohn says. “We manufacturers are looking to make that convenience level as clean as possible without having dangling hoses and cords.” 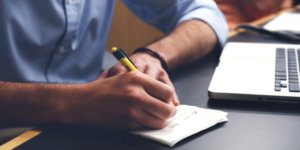 When to Test Your Polished Concrete Job 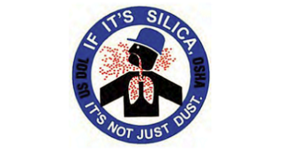 Protecting Your Crew from Silica Dust and Lead 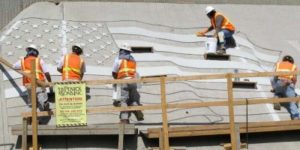