Let’s face it, working concrete is a hard job. And that includes every step, including troweling concrete. It’s hard on the hands, the back and especially the knees. Fortunately, for some contractors there’s an option that allows them to stand upright and still complete their jobs.

Given the sizes of jobs, the manpower available and what clients want in a finished product, it might be time to invest in a power trowel.

If your specialty is staining, dyeing or polishing residential floors, a ride-on model probably isn’t the best choice for you. Not only does it require a large expanse on which to work, but it can finish a floor much harder than those processes need.

On the other hand, a walk-behind model can offer good coverage of even a modest square footage. This is true for both dewatering and densifying.

When is it time to start thinking about power troweling concrete? The size of jobs is a good first indicator for many.

“They can use them on fairly small spaces,” says Tamrah Boren, acting president of Boren Super Trowels in Wills Point, Texas. “Even a job of a couple thousand square feet is large enough.”

“I would say anything around 1,000 square feet would definitely warrant having a power trowel,” says Luke Sevcik. Sevcik is a product applications training specialist with Menomonee Falls, Wisconsin-based Wacker Neuson. “And, anywhere over 3,000 square feet you might want to consider replacing a walk-behind trowel with a smaller ride-on one.”

Looked at another way, Sevcik says a walk-behind power trowel can easily take the place of three finishers using boards or skates.

While the most-obvious advantage of power troweling concrete might seem to be the speed at which you can complete a job, Ben Wiese, a product manager with the Carson, California-based Multiquip/Whiteman, advises that isn’t necessarily the best way to look at going to a power trowel.

Both Wiese and Drew Fagley, president of Hover Trowel in Mohnton, Pennsylvania, say in the end a power trowel is more about the finish.

“It’s really going to provide a more-consistent finish, a faster install and is generally easier on the crew,” says Fagley. “Hand-troweling can be grueling on knees, shoulders and elbows. As the job wears on fatigue affects all aspects of the work. Simply put, power troweling just makes a difficult task easier.”

There are even jobs where a power trowel isn’t a good option. For example, Sevcik, cites situations where the concrete is likely to experience freeze-thaw conditions, such as residential garage floors in moderate climates. In these instances, hand-finishing should be considered to prevent destroying the air entrainment in the surface.

However, climate can also be an influence when it comes to deciding to use a power trowel, says Boren.

“Weather conditions can be a selling point,” she says. “Our machines have extremely high rpms (revolutions per minute). If you’re in an area with extreme heat — like the Arizona desert — or just have a lot of hot summer days, you’re going to need that speed so you don’t lose your concrete. Guys in cooler climates don’t necessarily need the size and weight of a power trowel, or they’ll buy something lightweight.”

The real bottom line is what the end-user is planning to do with the concrete, Wiese says.

“If it’s a big job, you can always throw more people on it, or more walk-behinds,” he says. “However, it really comes down to how much abrasion resistance you need. Is this a job where they’re going to get another finish on top of it like carpet, tile, wood or even a self-leveling cementitious product? Not every job is going to be a warehouse-quality floor that’s going to have forklifts running over it all day.”

A matter of blades

What the client wants to do with the concrete once it’s finished may also have an impact on what blades a power trowel operator will want to use on a particular job.

Although blade manufacturers use various descriptive colors or terms to differentiate their blades to the buying public, when push comes to shove there are really three blade options, according to Jeff Snyder. Snyder is the vice president of sales and marketing for the York, Pennsylvania-based Wagman Metal Products.

Chris Windsor is the marketing director for Bartell Morrison in Keyport, New Jersey. He says the combination blades are easy to use, but more expensive because they combine the float and finish blades in one system. The combination blade is left flat for floating and then the angle of the pitch is adjusted for finishing.

Finish blades also play a role in floating. This is because you clip separate float blades onto the finish blades. Then you slide it off when the floating is complete.

Despite the descriptive terms used to market them, Cook says the coding used by many companies actually differentiates the thickness of the blade (and the cost).

“You have what I’m going to call a steel finish that looks like a plain piece of steel that’s the standard and most popular,” he says. “Then, you have the different thicknesses and the thicker the steel, the longer the blade should wear.”

Snyder notes that the thicker — and stiffer — the blade, coupled with the pitch (or angle) at which the blade is set, determine the hardness of the finish.

There is another option with floating that also involves the finish blades. That’s the use of a float pan. The float pan again connects to the trowel via those finish blades.

“The benefit of the pan is it has much more surface area to work more quickly,” Windsor says. “The negative is that panning requires much more effort for the operator to control the trowel because of the additional surface of the pan.”

There is a fourth type of blade that can be very important for power trowel users who are doing decorative concrete. Snyder says it’s most often described as plastic or polymer. While the name suggests something that’s cheap and easy to break, that’s far from the case.

“If you’re doing decorative concrete you don’t want to leave dark burn marks on the floor, which can be fairly typical of the high-carbon steel blades,” Snyder says. “Poly blades with steel backing can give a hard finish without leaving the dark burn marks you don’t want if you’re coming back to put a stain or dye on the concrete. You can control your canvas per se, so when you come back, you have better control over your colors.”

Depending on the trowel manufacturer, you can also use the devices for other purposes. Boren notes her company’s machines are proving popular with epoxy installers. Hover Trowel designs trowels for overlays including epoxy, urethane and engineered concrete toppings.

When shopping for a power trowel, both Multiquip/Whiteman’s Wiese and Joe Angeles, international sales manager for the Slinger, Wisconsin-based MBW Inc., say the first consideration should always be operator safety.

After that, other considerations should include something with a variable speed — particularly for prepping floors for decorative purposes — and return-on-investment.

Shopping for a power trowel can involve everything from talking with friends to talking with manufacturers to checking them out at tradeshows. Wacker Neuson’s Sevcik and Kraft’s Cook say in the end a lot of the decision comes down to personal preferences.

“If you worked for a contractor who used a walk-behind and always used combination blades to start and finish the job, that’s what you’re going to be trained on,” Sevcik says. “Another contractor may prefer a different approach.”

And, it never hurts to take a little training on a machine. However, Wiese says it’s important to remember a power trowel isn’t a shortcut to success.

“It’s mechanized the finish process and made it easier,” he concludes. “But, if you don’t understand how to finish concrete by hand, you shouldn’t be running a power trowel. It’s all about proper finishing techniques.” 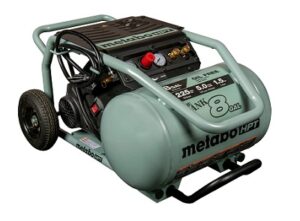 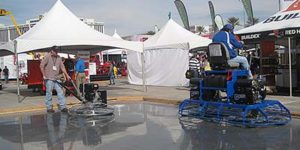 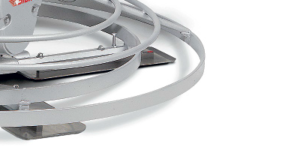