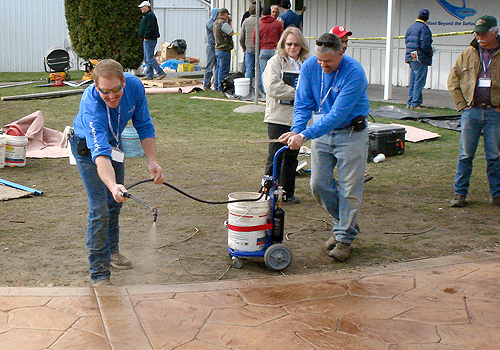 Up in Walla Walla, Wash., I finally saw decorative concrete overlays, stampings, fountains and countertops created from scratch. And the best part of all was that the majority of the work the artisans created are to become a permanent working part of Walla Walla County Fairgrounds.

I recently had the opportunity to be part of something that effectively met all of these criteria, and quite frankly it felt great. Last month I took part in a three-day regional learning opportunity held at the Walla Walla County Fairgrounds in eastern Washington. Ken Heitzman of Decorative Concrete Systems, based in nearby Milton-Freewater, Ore., sponsored the event. DCS represents and distributes decorative concrete manufacturers’ products throughout the Pacific Northwest. Ken and his crew are “get it done” people, and quite frankly, assembling the group of attendees and distributors that he did in Walla Walla was a sales job in its own right. Please don’t get me wrong, Walla Walla is located in beautiful wine country, but the airports are 50 miles away in Pasco and Pendleton, and the major highway is State Highway 11. That said, over a period of three days, several hundred people found their way there and participated in learning, meeting new people and giving back. As you know, I’m a polish guy who turned into a dye guy, but up in Walla Walla I finally saw overlays, stampings, fountains and countertops created from scratch. And the best part of all was that the majority of the work the artisans created are to become a permanent working part of Walla Walla County Fairgrounds. 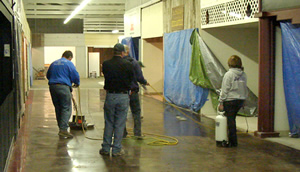 To put things in perspective, Walla Walla is something of a farming town whose population of 29,000 is the “cultural center” of the wine and farming area for 50-plus miles in every direction. So take this picture, and then realize that manufacturers have come to Washington’s heartland from Atlanta, Los Angeles, San Francisco and Portland to teach an eager group of both experienced and new contractors. Everyone involved became part of a modern barn-raising. I knew where I was when I found the fairgrounds and one arrow pointed to parking for the show, and the other said “Rodeo parking only.”

The reaction to the word “free” can be a very cautious one, as Gail, who is responsible for the fairgrounds, alluded to at the group dinner on the last night of the event. When Ken came to her and suggested the use of her venue for his annual show, she responded with equal parts of “This is great” and “How good can anything free be?” Well, she and her staff had nothing to worry about, because the results were exceptional. In fact, Gail half-heartedly complained because her staff kept on sneaking over to the project sites during the day to see their new overlay or water feature or stamped concrete.

Industry people from Brickform, CPS, enCounter, Fossilcrete, HTC, Miracote, Patriot Sprayers, L.M. Scofield, SuperCrete, White Mountain and other companies participated in creating works for the fairgrounds, and did so side by side. Their work blended together, their work effort (a classic mix of indoors, outdoors, rain and logistics) was unparalleled, and they gave a permanent gift to the local community. If tools, products, expertise, or just more hands were needed, they were shared.

But it wasn’t just that industry people were working together in the heartland. It was the fact that people in our industry were the types to realize that there is great worth, not only in learning, but also in giving. Yes, ultimately everyone was there to enhance their chance to make money and earn a better living, but anytime we put “giving” in front of “getting” shows the solid foundation our industry is built on, especially when a part of “getting” is the pure satisfaction of the heart for time given and a job well done. 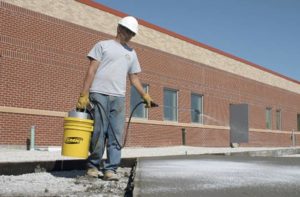 Tips for Taking Care of Sprayers for Concrete 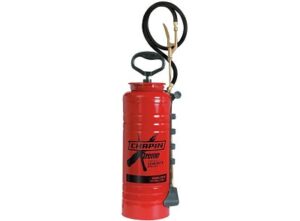 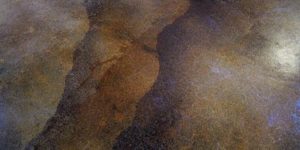