Rich Verdone is an Army Ranger veteran with five tours in Afghanistan and Iraq, but his devotion to duty and his fellow soldiers marches on here at home. He’s now on a mission to build a construction company on a foundation of the skills and dedication of U.S. military veterans.

Verdone is president of Onyx Cos., a small business based in Phoenix that trains and employs military vets in the construction industry. Though still in its infancy, the business is underway, with its first major commercial project completed and several others in its sights.

And, Verdone says, the company is armed with an impressive new construction technology developed by Las Vegas-based GigaCrete Inc., a company that makes green building materials including StuccoMax, PlasterMax, GigaPanel and BallistiCrete. The company bills its products as “next-generation” materials that “push the envelope” on performance and sustainability.

Verdone’s sold on the products’ performance testing, including BallistiCrete’s resistance to weapons firing that included the 50.50 BMG anti-vehicle/armor rifle. He thinks that GigaCrete’s technology and his military vet workforce make a perfect match. “I saw it as a fantastic combination. The construction industry is hemorrhaging talent and labor. Finding skilled, qualified labor is becoming very challenging,” he says, and U.S. military personnel are rigorously trained to be ready for any obstacle. It’s a combination with a huge marketability upside, Verdone figures.

“Made in the USA, built by USA veterans,” he says. “Clients win, construction industry wins, the manufacturer wins and vets win.”

“We’re really big on supporting vets,” says Michael Johnson, GigaCrete’s president, who has a son-in-law serving with Special Forces. When GigaCrete became aware of Onyx Cos. and its mission, Johnson readily teamed up with Verdone and his crew. 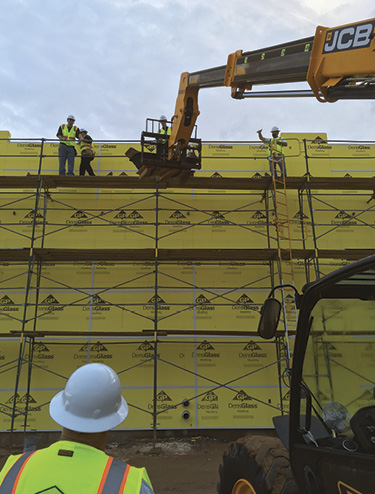 Zeroing in
Verdone and GigaCrete crossed paths a couple of years ago, when Verdone saw the strength of GigaCrete’s products at a firing range in Nevada. There, demonstrators fired several different calibers of ammunition at panels finished with BallistiCrete. The “main event,” Verdone says, featured rounds from the fearsome 50-caliber gun, which failed to penetrate the BallistiCrete.

Another Army veteran, Rob Ciaccio, introduced Verdone to GigaCrete’s Johnson. Ciaccio, who now works for VSS Logistics, another company that employs veterans, and Verdone had served together in the Middle East. VSS, a service-disabled veteran-owned small business, supplies industrial and technology products, expert personnel and storage solutions to the Department of Defense, federal contractors and other clients. Verdone and Johnson discussed potential business concepts that combined GigaCrete’s high-tech construction materials with Verdone’s objective of a venture that employed military veterans. Onyx was the result of that meeting.

After successfully executing a few modest construction projects, Johnson saw an opportunity to team up with Onyx on a major commercial construction endeavor that would showcase GigaCrete’s technologies and Onyx’s workmanship. In 2016, StuccoMax and PlasterMax products were specified for a sprawling new fleet service center building at San Tan Ford in Gilbert, Arizona. 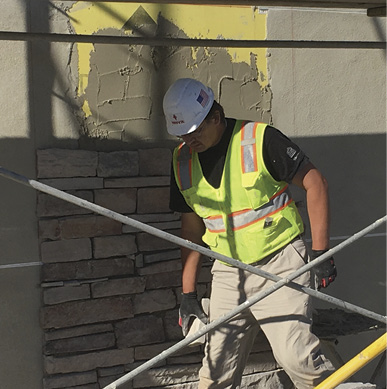 The mission
For the Onyx crew, the San Tan Ford job presented a real challenge. Onyx’s work orders involved installing metal wire lath totaling some 6,000 linear feet, plus control joints and J molding, and applying stucco to the exterior and plaster on the interior of the 27,000-square-foot service center.

Unlike conventional stucco applications, StuccoMax is applied in rapid sequence — an initial, “scratch” coat troweled onto the wall sheathing, followed by placing fiberglass wire-mesh lath that’s pressed into the wet stucco, and then a wet-on-wet trowel-on of the “fill” finish coat, covering the wire-mesh lath.

The process moved in 9-by-4-foot sections, one at a time, with the entire sequence completed before moving onto the next section. “When we completed a 9-by-4 panel, it was never touched again,” Verdone says. The stucco was given a “sand” finish as a final step.

The interior process was similar, with PlasterMax applied to gypsum drywall that’s first treated with a bonding agent. Again, it’s a wet-on-wet process — plaster is troweled on, lath mesh is put in place and pressed into the plaster, and a fill coat is applied to cover the wire lath. As a final touch, the plaster was given a smooth finish. In the case of the San Tan Ford project, PlasterMax was applied only to the lower 10 feet of the interior walls to protect the building’s service-bay areas. Higher up, the drywall was conventionally painted. 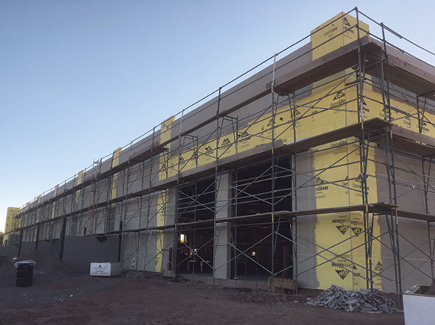 The Onyx crew’s mission focused on applying exterior stucco and interior plaster. Another subcontractor built the structure’s steel framework and installed the fiberglass/gypsum board wall sheathing. Still another applied a conventional paint coating to both inside and outside walls.

The Onyx crew also installed the stone veneer columns and fascia, using StuccoMax as the adhesive for the veneer. The area consisted of five columns on two sides of the building, a 5-foot horizontal band of stone veneer around the entire building and stone veneer elements on the building’s four corners.

In addition to reducing the number of steps involved in stucco application, Verdone says StuccoMax cures quickly and can be coated in a week.

Roger Phelps, who designed the fleet service center and specified GigaCrete’s StuccoMax and PlasterMax, says he prioritized the use of “state-of-the-art” components that “provided overall cost reduction as well as longevity and sustainability.”

Ready for further action
GigaCrete execs say they’ll go into battle with Onyx — in the construction context — without hesitation.

“They did a wonderful job,” Johnson says. “We’re looking for ways to do more jobs, employ more veterans and give them an opportunity.”

He agrees with Verdone that this kind of work lines up well with the vets’ skillset — and mindset.

“They’re well suited for this work. Construction is a good option,” he says. “They’re out there in the elements, figuring things out, dealing with the conditions.”

Phelps, president of SI International Consulting Inc., says GigaCrete and Onyx exemplify the kinds of new thinking the construction industry needs to evolve in a challenging labor environment where the workforce often is enlisted from the local street corner. The industry has shown a “stubborn resistance to change” in its thinking about materials as well, he says, often continuing to use inferior materials that also present health hazards.

Verdone, a wartime veteran himself, knows that the transition from uniform to civilian workforce can prove to be difficult. But the construction industry is one of those fields that can make use of and benefit from a vet’s many talents and traits.

He says the efforts of companies pledging to hire thousands of military vets are appreciated, but the job of coffee barista or store trainee doesn’t resonate well with many vets. Construction, on the other hand, offers great potential.

Ready, set, earn
Onyx has formulated a training curriculum geared to the vet workforce, tailoring military-style communication techniques to construction teams made up of skilled industry professionals working alongside the vets. It begins, appropriately, with a construction “boot camp.”

“There’s a lot invested to make these warriors — these men and women — the best they can be,” he says. After more than 15 years of sustained conflict in hostile lands, and being asked to perform the commonplace in the most uncommon situations, they can deal with any kind of challenge or difficulty.” 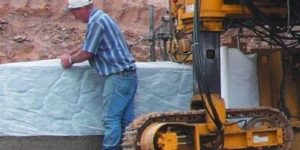 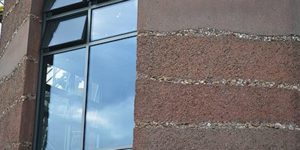