The American Concrete Institute recognized several professionals, groups, and companies for both outstanding contributions and dedication to the ACI. These entities also contribute to the concrete industry as a whole. The 2020 honorees include the induction of Honorary Members, ACI’s highest honor, which either recognizes persons of eminence in the field of the Institute’s interest, or one who has performed extraordinary meritorious service to the Institute.

ACI is also pleased to recognize 22 individuals for maintaining their membership and participating in ACI activities for at least five decades. Additionally, ACI honors 18 new Fellows for their outstanding contributions to the production or use of concrete materials, products, and structures in the areas of education, research, development, design, construction, or management.

The following medals and awards recognize exemplary achievement, groundbreaking research, and service to the association and the concrete industry.

You can also learn more about each of the awards listed above at concrete.org.

The American Concrete Institute is a leading global authority for the development, dissemination, and also adoption of its consensus-based standards. It also serves as a technical resource and offers educational, training and certification programs. The association began during 1904. Additionally, it has its headquarters in Farmington Hills, Michigan, USA. It also has a regional office in Dubai, UAE. The ACI also has a resource center in Southern California. The Resource Center in Southern California offers on-demand access to all ACI certification programs, hands-on training, and also education offerings.

Membership in the American Concrete Institute means knowledge. Through annual subscriptions, ACI members now have free access to all webinars and also on-demand courses, plus unlimited access to the Institute’s 200+ practices (including all ACI guides and reports) and symposium volumes.

To learn more about ACI, you can either visit concrete.org or call 248-848-3800. The association is also on all major social media platforms. 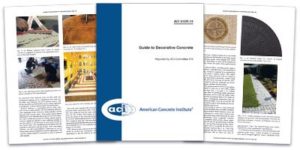 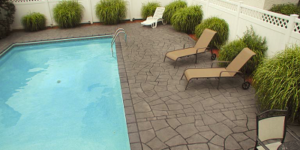