BMC Enterprises Inc., the largest producer of aggregates and concrete in the St. Louis region, has acquired Stewart Concrete Products, headquartered in Halfway, Missouri. Additionally, the company created a strategic partnership with Stewart-Morrison Redi-Mix, Inc. based in West Plains, Missouri. These moves bring the company’s recent acquisitions to five in the last 13 months.

Stewart Concrete Products and Stewart-Morrison Redi-Mix, Inc. will operate as new portfolio companies under BMC. Acquired assets from both transactions include five concrete products locations, eight ready-mix concrete plants and two sand and gravel mines throughout southwest Missouri and central Arkansas. None of the groups disclosed the terms..

These transactions follow three other acquisitions throughout southern and eastern Missouri within the last 13 months. This is including Payne Ready Mix Concrete in Dudley and Poplar Bluff, Tri-County Concrete in Van Buren, and Spencer Ready Mix Concrete in Poplar Bluff. During this time, BMC also acquired more than 100 acres of real estate in eastern Missouri. This dramatically increased its aggregate reserves for its mining operation in Old Monroe.

Founded in 1925, BMC began as F.E. Breckenridge Material Company. Under McKean’s leadership, BMC has grown seven-fold since he assumed control of the company in 2004. Recognizing BMC’s need to expand its geographic footprint and vertically integrate, McKean and his team have implemented a long-term sustainable growth strategy through 27 acquisitions in three states over the last 17 years, including five during the Covid-19 pandemic.

“By continuing to bolster our presence throughout the region, we’re demonstrating our commitment to providing high-quality ready-mix concrete, construction materials and logistical advantages to customers from Hannibal to Cape Girardeau, and west to Springfield and beyond,” McKean said.

BMC Enterprises Inc. is the parent of Breckenridge Material Company founded in St. Louis in 1925. BMC has become the largest producer of aggregates and concrete in the region. The company operates more than 50 ready-mix concrete plants. It also has 13 aggregate mining operations and six pre-cast concrete product operations in Missouri, Illinois and Arkansas. For more information, visit bmcenterprises.com. 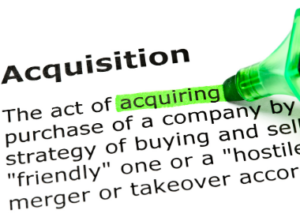