Chris Klemaske joins Sundek in Arlington, Texas, as Director of Commercial Development. In this position, she will continue her role as an industry leader working with designers, architects and commercial developers on projects nationwide.

Chris began her construction career 32 years ago as an office administrator for Klemaske Brothers Concrete, Inc. She recognized early on that it was a male-dominated industry at the time and decided she was interested in pursuing the restoration side of decorative concrete.

In 1990, Chris started her own decorative concrete restoration company called Classic Concrete Care. Here she empowered other women to get involved in the industry. She worked side by side in the field with her team cleaning and resealing decorative concrete finishes throughout the San Diego area. In 1995, Progressive Concrete came to Chris with an offer. They wanted her to become a project developer. It was there she worked for 5 years and won numerous industry awards for design and perfection of installation.

For the last 19 years, Chris worked for T. B. Penick &amp; Sons Innovative Concrete Services Group working directly with owners, developers and public officials, as well as designers, architects and artists on the creation and execution of decorative concrete projects. Chris was instrumental in the design and execution of decorative concrete projects ranging from public art to structural, architectural and infrastructural works.

She has contributed to the renovation of the Coney Island Boardwalk in New York; numerous SeaWorld projects in San Diego, The Annenberg Visitors Center, The Myriad Botanical Gardens in Oklahoma City, The Atlanta Botanical Gardens in Georgia recognized as the WOW Award winner by DCC in 2018, the new San Diego car rental facility, the San Diego International Airport which to date is the largest decorative concrete and terrazzo project ever installed by T. B. Penick Innovative Concrete Systems Group, a $20 million restoration of Terminal Two (T-2) consisting of 250,000 square feet of terrazzo, thousands of square feet of decorative concrete, as well as many other iconic projects over the years.

Along with her many career accomplishments, Chris is a champion for the architectural concrete industry and a sought-after industry spokesperson. From 2012-2013 Chris served as the first woman National Director for the Decorative Concrete Council of the American Society of Concrete Contractors (ASCC). In 2013 Chris became the first woman President for the San Diego Chapter of the American Concrete Institute (ACI). She also was a member of the advisory board of Concrete Contractors Magazine. She belonged to the National Organization of Women in Construction. Chris lso sits on the ASCC’s Sustainability Committee, Public Relations Committee and served on the organization’s 2011 Strategic Planning Committee.

In 2016 Chris was featured on the cover of Concrete Construction Magazine where they recognized her as one of the Most Influential People in the Construction Industry. She has belonged to the National Association of Women in Construction (NAWIC); and she previously served on the board of ACE and on the AGC Build & Serve Committee. In 2019 Chris became the first woman elected to the American Society of Concrete Contractors (ASCC) Board of Directors.

During her 32-year career in the industry, Chris has broken many barriers for women in the industry. She has been a tireless advocate for women in the building trades. She has also been a promoter of the decorative concrete industry as a structural form that melds together art, design, architectural integrity and functionality. SUNDEK is both excited and proud to add Chris to our growing and talented SUNDEK Nation family.

Sundeck Products USA, Inc. has been in business for 50 years. The company is a leading manufacturer and installer of a broad range of decorative concrete coating systems. The company commits itself to both research and development of innovative decorative products. It has also built a strong reputation for superior quality, performance and customer service.  Sundek works with both commercial and residential consumers globally. The company’s methods, materials and also technology have been field and laboratory proven by Architects, Engineers, Contractors and Home Owners. The team installed more than 20 million square foot of products last year alone. For further information about Sundek, visit www.sundek.com. 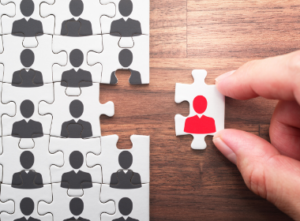 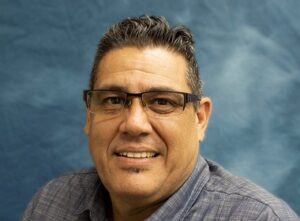