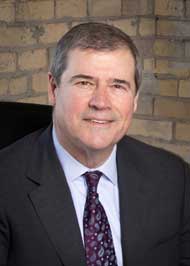 Jeffrey W. Coleman, FACI, is a licensed professional engineer, Attorney at Law, and Principal Partner of The Coleman Law Firm, LLC, Minneapolis, MN. He is a Fellow of ACI and has been an ACI member for 40 years. Coleman is the author of the book Legal Issues in Concrete Construction, published by ACI in 2004 (second edition published in 2014), and previously authored the “Concrete Legal Notes” section of Concrete International.

Coleman received both his BS in civil engineering in 1976 and MS in structural engineering in 1977 from Iowa State University, Ames, IA. He is also licensed as an engineer in Iowa, Minnesota, and Wisconsin. He is also licensed as a lawyer in Minnesota, Wisconsin, Iowa, and North Dakota. However, he practices regularly in other states through admission “Pro Hac Vice.” His master’s degree thesis work involved research funded by the Iowa Department of Transportation and studied fatigue behavior of air-entrained concrete. This led to his early involvement with ACI Committee 215, Fatigue of Concrete.

After receiving his master’s degree in structural engineering, Coleman moved to Minneapolis/St. Paul, where he practiced as a Structural Engineer with Ellerbe Associates, Inc. After completing his law degree in 1984, Coleman served as general counsel for Ellerbe, Inc. (later Ellerbe Becket, Inc. and now part of AECOM). After spending 2 years with a Minneapolis-based boutique construction law firm, he started his own firm in 1991, which was quickly merged and renamed Coleman, Hull & van Vliet, PLLP. In 2013, he founded The Coleman Law Firm, LLC—committed to continuing his representation of engineers, architects, and the concrete construction industry, including concrete contractors and suppliers.

Coleman represents engineers, architects, concrete contractors and suppliers, and building owners in all aspects of construction. He is consistently recognized as a construction “Super Lawyer” by Thomson Reuters publications. Coleman is the Past President of the Minnesota Concrete Council (MCC) and a former Board member. He is also a sustaining member of the American Society of Concrete Contractors (ASCC). Coleman has served five terms on the Board of Directors of the American Council of Engineering Companies, Minnesota, and is one of only two nonpracticing engineers to receive the Tom Roach Award for Outstanding Service and Motivation to the Consulting Engineering Professional Community. Coleman is a past member of the Minnesota Board of Architecture, Engineering, Land Surveying, Landscape Architecture, Geoscience, and Interior Design (the Minnesota Licensing Board), having served from 2000 to 2004. He is a past member of the University of Minnesota Concrete Conference Planning Committee.

Coleman is a frequent lecturer on topics involving construction law. However, he is also a regular practitioner who is involved daily with construction disputes involving concrete. In 2020, he was recognized by Concrete Construction magazine as one of “The Year’s Most Influential People” in the concrete industry.

Charles K. Nmai, FACI, is Head of Engineering Services in the Admixture Systems business of Master Builders Solutions USA in Cleveland, Ohio. Master Builders Solutions USA is the leading provider of specialty construction chemicals used in the ready mixed, precast, manufactured concrete products, underground construction, and paving markets. He has been with the company since 1987 and is actively involved in technology transfer/standards activities and specification efforts to advance the use of durable and sustainable solutions in the concrete industry worldwide.

He is a member of the ACI Financial Advisory Committee and ACI Committees 130, Sustainability of Concrete; 201, Durability of Concrete; 222, Corrosion of Metals in Concrete (Chair, 1999-2005); 363, High-Strength Concrete; and E701, Materials for Concrete Construction (Chair, 1998-2001). Nmai served on ACI’s Board of Direction from 2003-2006 and is currently a Board member of the ACI Foundation Strategic Development Council (SDC). He has also served on several other ACI committees, including the Construction Liaison Committee, Educational Activities Committee, and Fellows Nomination Committee.

A corrosion inhibitor patent holder, Nmai recieved honors in 2009 at the Ninth ACI International Conference on Superplasticizers and Other Chemical Admixtures for outstanding and sustained contributions in this field. He was awarded the 2013 ACI Arthur R. Anderson Medal for outstanding contributions to the advancement of knowledge of concrete as a construction material in the areas of corrosion and chemical admixtures.

In 2012, he was a recipient of the Civil Engineering Alumni Achievement Award presented by the Faculty of the Purdue University School of Civil Engineering. He is an Honorary Member of ASTM International Committee C09, Concrete and Concrete Aggregates. He is also the immediate past Chair of ASTM International Subcommittee C09.23, Chemical Admixtures. As a member of the ASCE since 1984, he was an active member of the Committee for the National Concrete Canoe Competition from 2003 through 2009. He is currently President of the Fiber-Reinforced Concrete Association (FRCA) and a member of the Precast/Prestressed Concrete Institute (PCI).

A recognized industry expert, Nmai has authored/co-authored numerous articles and papers on admixtures, fibers, high-performance concretes, concrete durability, and troubleshooting; and he speaks frequently on these subjects. He has served on several technical advisory panels and was an Adjunct Professor in the civil engineering department at Cleveland State University. Nmai is an instructor for the “Basics of Concrete Materials and Testing” and “Troubleshooting Concrete Construction” seminars offered by ACI.

Nmai also spearheaded the development of two comprehensive FHA seminars on chemical admixtures and self-consolidating concrete to facilitate their acceptance and use by State Departments of Transportation. A member of the World of Concrete (WOC) seminar faculty since 2013, he has been the instructor for various WOC seminars, including “Effective Use of Chemical Admixtures in Concrete Construction,” “Troubleshooting Concrete for the Concrete Producer,” “Extending Joint Spacing in Concrete Slabs-on-Ground: The Options,” and “Performance-Based Design and Specification of Fiber-Reinforced Concrete.”

Scott M. Anderson, FACI, is Vice President and General Manager of Keystone Structural Concrete, LLC (Keystone), a turnkey concrete contractor in Houston, TX. Keystone is a division of the Stewart Builders family of companies that performs all types of concrete construction in the Houston, Austin, and San Antonio, TX, markets. At Keystone, he has overseen its elevated formed concrete construction since 1999.

Anderson serves on the ACI Financial Advisory Committee. Additionally, he is a member of ACI Committees 134, Concrete Constructability, and E703, Concrete Construction Practices; and Joint ACI-ASCC Committee 117, Tolerances. He previously served on the ACI Construction Liaison Committee (CLC).
Anderson has been very active in the American Society of Concrete Contractors (ASCC) for the last 15 years. He has served on its Board of Directors since 2007 and was elected President for 2015-2016. He chaired the ASCC Education and Training Committee from 2011-2014. During his tenure as Chair, the committee produced a video detailing the basics of concrete finishing that has been widely used by ASCC members.

Anderson continues to be active at ASCC as a Past President and currently serves on the ASCC Finance Committee and Company Certification Committee, and he is President of the ASCC Education and Research Foundation. Concrete Construction magazine named him one of 2018’s Most Influential People in the concrete industry, in part for his leadership at ASCC.

He received his BSCE from the State University of New York at Buffalo, Buffalo, NY, and his MS for graduate studies researching properties of concrete at The University of Texas at Austin, Austin, TX. Anderson is a licensed structural engineer in Texas.

He received his degree in concrete technology during his time at Daytona State College, Daytona Beach, Fla.

Kimberly E. Kurtis, FACI, is Associate Dean for Faculty Development and Scholarship in the College of Engineering, Georgia Institute of Technology, Atlanta, Ga. It he here where she manages both the reappointment and tenure processes for the college’s faculty and researchers, leads faculty development initiatives, and assists with management of faculty hiring strategies and inclusion programs. She is a Professor in the School of Civil and Environmental Engineering at Georgia Tech, serving as interim Chair in the school (2017-2018). She is also the college’s ADVANCE Professor (2012-2014), and she holds a courtesy appointment in the School of Materials Science and Engineering. Kurtis joined Georgia Tech’s faculty in January 1999.

Kurtis received her BSE in civil engineering from Tulane University, New Orleans, LA, under a Dean’s Honor Scholarship. She earned her MS and PhD in civil engineering during her time at the University of California at Berkeley, Berkeley, Calif. It was there that she was a Henry Hilp Fellow and also a National Science Foundation Fellow. Her research on the multiscale structure and performance of cement-based materials has resulted in more than 200 technical publications. It has also resulted in three U.S. patents. Her group gets recognition for its use of emerging methods and novel approaches to provide new fundamental insights into the behavior of cement pastes, mortars, and also concretes necessary for improving their early age behavior and long-term durability.

W. Jason Weiss, FACI, is the Miles Lowell and Margaret Watt Edwards Distinguished Chair in Engineering at Oregon State University, Corvallis, Ore. Before joining Oregon State. He was a faculty member at Purdue University, West Lafayette, IN, for 16 years. It was here that he held the position of the Jack and Kay Hockema Professor of Civil Engineering and Director of the Pankow Materials Laboratory.

Weiss is Editor-in-Chief of the ACI Materials Journal. He is the past Chair of ACI Committees 123, Research and Current Developments. He is also the past chari of 231, Properties of Concrete at Early Ages. Additionall,y he is a member of ACI Subcommittees 201-G, Executing Durability in Construction Specification, and 318-A, General, Concrete, and Construction. Weiss also serves as an associate or consulting member on several other ACI committees.

Weiss is actively involved in research on both cement and concrete materials that focus on early age property development, cracking, transport in concrete, and concrete durability. Specifically, he is known for research his group performed in the areas of shrinkage and cracking reduction. He has done research on the use of the ring and dual ring test, use of electrical resistivity and the formation factor, use of internally cured concrete, and also concrete pavement durability.

Weiss received his BAE during his time at Pennsylvania State University, State College, Penn. He also earned his MS and PhD from Northwestern University, Evanston, Ill. 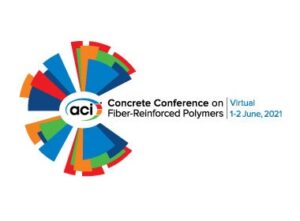 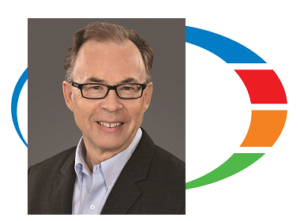