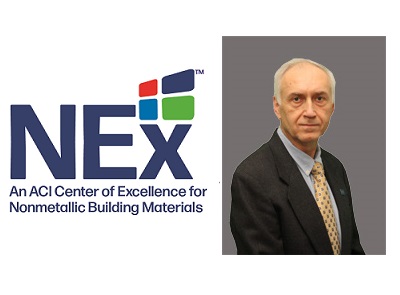 NEx: An ACI Center of Excellence for Nonmetallic Building Materials has hired Jerzy Zemajtis as Executive Director, replacing Dr. David A. Lange. He will oversee all NEx operations. Initially, he will focus on identifying and recruiting new members interested in advancing nonmetallic building materials.

Jerzy has over 30 years of experience in materials testing, structural design, repair and rehabilitation. He also has experience in corrosion condition assessment, and service life modeling of concrete structures. His work includes the development of testing programs for numerous major structures around the world. Additionally, he designs for composite and prestressed concrete bridges in the U.S., Canada, and Poland. Prior to joining NEx, Jerzy was a staff engineer for the American Concrete Institute and organized the first-ever ACI International Code Summit in 2021. He received his PhD in construction materials from Virginia Tech, Blacksburg, VA, and is also a licensed professional engineer in Washington State, and the province of British Columbia, Canada.

“NEx looks forward to driving education, research, and standards adoption that bring nonmetallic building solutions to the forefront of the construction industry,” said Jerzy Zemajtis, Executive Director, NEx: An ACI Center of Excellence for Nonmetallic Building Materials. “I’d like to thank Dr. Lange for his work in launching this center of excellence and bringing onboard our founding member, Aramco. I’m eager to continue our search for additional partners with a shared interest in the specification, procurement, and installation of nonmetallic materials.”

In addition to new member recruitment, Jerzy will focus on establishing initiatives to grow awareness and technology adoption related to nonmetallic building materials. To learn more or to get involved with NEx, visit nonmetallic.org or contact [email protected]

NEx: An ACI Center of Excellence for Nonmetallic Building Materials, began in 202. The American Concrete Institute started it with Aramco as its founding member. The Center is based at ACI World Headquarters in Farmington Hills, Michigan. The group accelerates the use of nonmetallic materials and products in construction. It leverages ACI’s role as a world-leading authority and resource for the development, dissemination, and also the adoption of consensus-based standards for concrete design, construction and materials. The Center’s membership is open to government agencies, industries, technical societies, standard bodies, manufacturers, contractors, and professionals. To learn more, you can also visit www.nonmetallic.org 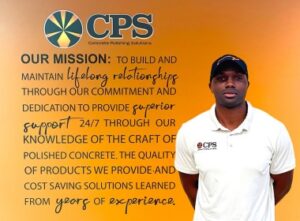