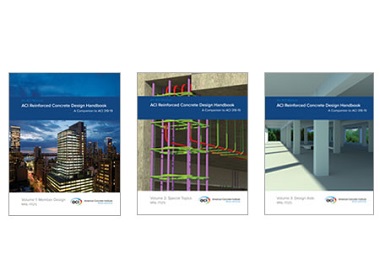 The ACI Reinforced Concrete Design Handbook is available in three volumes. The first volume covers introductory chapters, structural analysis, durability, and member design. More specialized topics including retaining walls, serviceability, the strut-and-tie method and also anchoring to concrete in chapters 12 through 15 are published in the second volume. A third volume containing both design aids and a moment interaction diagram Excel spreadsheet are available as free downloads.

The ACI Reinforced Concrete Design Handbook was developed using the provisions in ACI CODE-318-19, Building Code Requirements for Structural Concrete. Additionally, it serves as a helpful companion to ACI CODE-318-19. The handbook provides many design examples of various reinforced concrete members based on a fictitious seven-story building.

The ACI Reinforced Concrete Design Handbook also has full integration and inclusion with ACI 318 PLUS. ACI 318 PLUS is an entirely new annual subscription. It provides users with convenient digital interactive access to ACI CODE-318-19, Building Code Requirements for Structural Concrete and Commentary. It also provides in-document access to related resources, robust digital notetaking, and enhanced search. Links from code provisions directly to the handbook are strategically located in ACI 318 PLUS. This provides designers real life examples of how to implement various provisions of the code in the context of an entire member design.

The American Concrete Institute is a leading global authority for the development, dissemination and also the adoption of its consensus-based standards. Likewise, they are leaders in technical resources, and educational, training and certification programs. The ACI began in 1904. It has its headquarters in Farmington Hills, Michigan. ACI also has a regional office in Dubai, UAE. Additionally, they have a resource center in Southern California. Visit concrete.org for additional information. 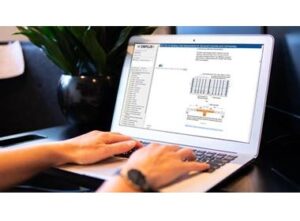 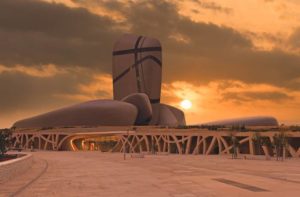 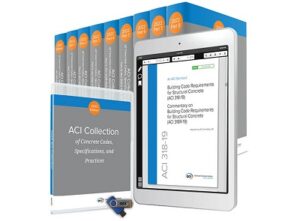