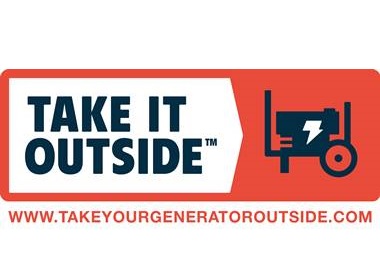 Portable generators are vital to the building trades, acting as a convenient, easy-to-move source of spot power on job sites. But, like any tool, safe and proper use is critical to a safe outcome. With portable generators, that means never operating a generator indoors or in any enclosed spaces. The goal here is limiting exposure to carbon monoxide (CO). Some crews might be tempted to bring generators inside, believing an unfinished structure provides adequate ventilation. But the risks are real and, until recently, there was no comprehensive industry standard to ensure safe generator use.

That all changed with the updated ANSI/PGMA G300-2018 Safety and Performance of Portable Generators Standard (G300). This standard includes a requirement that portable generators include automatic carbon monoxide (CO) shut-off technology. Each manufacturer’s approach is unique. However, all generators that meet the standard automatically sense CO levels that approach dangerous levels, shutting off the portable generator engine before carbon monoxide concentrations exceed 800 ppm (parts per million). Once the engine has shut down, a notification light remains illuminated for a minimum of five minutes after shutoff occurs.

Extensive testing in indoor, outdoor, and “real world” situations demonstrates that these shutoffs will prevent more than 99% of fatalities from exposure to CO from a portable generator.

Susan Orenga, executive director of the Portable Generator Manufacturers’ Association, explains that “nearly all fatalities associated with misuse of portable generators happen inside. We want to ensure consumers understand the issues of misusing a portable generator. So, PGMA developed its extensive “Take it Outside” education and awareness campaign.”

Orenga stresses nothing is more important than proper use. She also adds, “having the shutoff requirement in the G300 standard is a potentially lifesaving fail-safe.”

While CO safety is the big news in the updated standard, the G300 standard contains a comprehensive guide for every facet of portable generator safety and performance. The guide covers topics like general electrical construction requirements and properly guarding moving parts. It also covers preventing mechanical hazards and electrical shock hazards. Additionally, it outlines strict testing that manufacturers have to pass, including temperature tests, drop tests and more.

ANSI/PGMA G300-2018 has buy-in from portable generator manufacturers. It has this buy-in because it was created by the industry’s own Portable Generator Manufacturers’ Association with the assistance of industry experts. This gives ANSI/PGMA G300 the advantage over any conflicting standards. It does this because ANSI/PGMA G300 is already familiar to manufacturers and incorporated into products.

It is also the only comprehensive standard for the safety and performance of portable generators. Other standards might cover one or some aspects of safety and/or performance, whereas ANSI/PGMA G300 is all-encompassing.

Running a portable generator outside—far from doors and windows in well-ventilated areas—is the only way to maintain safety. Users can be assured that portable generators bearing the notice that they are ANSI/PGMA G300 compliant are the among the safest on the market. Additionally, they go through rigorous testing and are the highest-performing portable generators available.

The Portable Generator Manufacturers’ Association (PGMA) is a trade association that seeks to develop and influence safety and performance standards for our industry’s products. The association also dedicates itself to educating consumers and tradespersons on the safe use of portable generators and has developed the Take it Outside campaign to support its mission. The PGMA was formed in 2009. Members include major manufacturers of portable generators sold in North America and a significant majority of the industry. 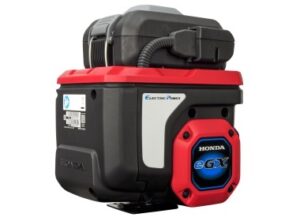