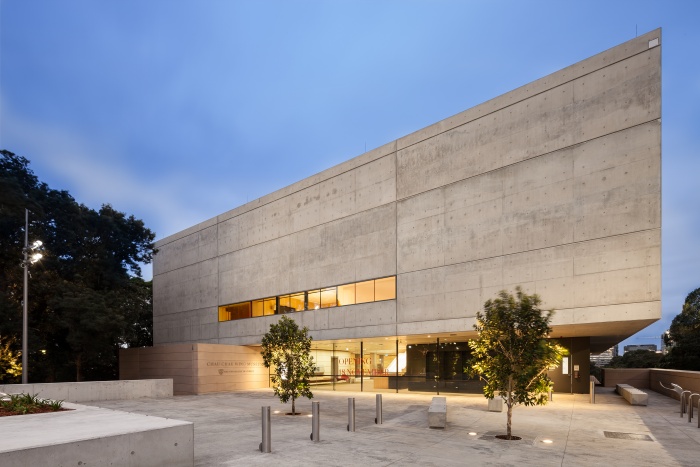 The eighth annual ACI Excellence in Concrete Construction Awards showcased dozens of innovative concrete projects from around the world.

The Chau Chak Wing Museum at The University of Sydney is the culmination of many years of strategic planning that consolidates the University’s Nicholson, Macleay, Power, and University Art collections and showcases some of Australia’s most significant artistic, scientific, and archaeological artifacts. With a specified design life of more than 100 years, the aspiration for the Museum was to be as highly regarded as the iconic Great Hall and Quadrangle, the symbolic and ceremonial heart of the University. The construction of the museum involved bulk excavation, construction of a six‐level building (including a plant level and two basement levels) with 7740 m2 (83,300 ft2) of gross floor area.

“What makes this project particularly noteworthy is its commitment to sustainability and its focus on constructability,” stated Overall Excellence judge Emily Guglielmo. “All this while meeting the demanding architectural vision. This project represents a model for concrete design and construction that we should all strive to achieve.”

The awards were created to honor the visions of the most creative projects in the concrete industry, while providing a platform to recognize concrete innovation, technology, and excellence across the globe. To be eligible for participation in the ACI Excellence in Concrete Construction Awards, projects need to be nominated by an ACI Chapter, International Partner, or selected through self-nomination.

In addition to the highest honor, the “Overall Excellence” award, which was presented to the Chau Chak Wing Museum, additional projects recognized during the ACI Excellence in Concrete Construction Awards include:

The winning project details can be found at ACIExcellence.org. Entries for the 2023 ACI Excellence in Concrete Construction Awards are being accepted now through April 30, 2023.

You can also vote for the 2022 People’s Choice Award – an audience-driven award for the ACI Excellence in Concrete Construction Awards. Beginning October 24 and ending November 30, 2022, participants can judge and vote for their favorite concrete project entered in this year’s ACI Excellence in Concrete Construction Awards. Following the completion of the voting period on November 30, the American Concrete Institute will announce the winning project of the People’s Choice Award on ACI’s official social media pages.

The American Concrete Institute is a leading global authority for the development, dissemination, and adoption of its consensus-based standards, technical resources, and educational, training, & certification programs. Founded in 1904, ACI is headquartered in Farmington Hills, Michigan, USA, with a regional office in Dubai, UAE, and resource centers in Southern California and Chicago/Midwest. Visit concrete.org for additional information. 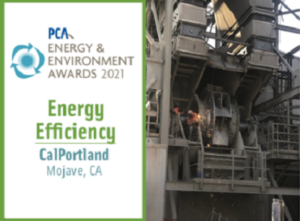