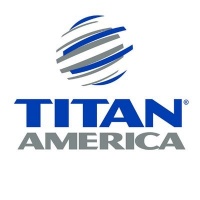 Titan America, LLC announced that it has been named a 2021 USGBC Regional Leadership Award recipient by the U.S. Green Building Council (USGBC). Titan America’s two U.S. facilities, Titan Florida’s Pennsuco Plant (PNS) and Roanoke Cement Company (RCC), join an impressive slate of awardees that include organizations, projects and also individuals around the world who are using green building and sustainable practices to improve the quality of life for those around them. This year’s recipients of the USGBC Regional Leadership Award received their recognition at the awards ceremony on Thursday, June 10, 2021, during the inaugural USGBC Live virtual event.

“Following a difficult year, it is truly inspiring to recognize our green building leaders that have continued their commitment to green building and sustainable communities while adapting to the changing environments around us,” said Mahesh Ramanujam, President and CEO, USGBC. “The 2021 USGBC Leadership Award awardees have improved our world through the power of green building, and it is their contributions and work that have helped our communities stay safe and healthy.”

PNS exhibited leadership on a grand scale this year through its achievements with zero waste. The TRUE rating system rated PNS as “platinum.” This is the highest level of distinction. The company created sixteen zero waste/sustainability programs. These ranged from waste auditing and environmentally preferred purchasing to composting. Additionally, every one of the 300 employees contributed in some way. PNS hosted 18 in-person training sessions for the facilities’ employees. Two facility-wide policies, (Titan Florida, LLC’s Zero Waste Vision & Policy and the Environmentally Preferred Purchasing Policy & Guide) ensure that the gains are continuing and have also been incorporated in the plant’s culture.

Allyson Tombesi, LEED Green Associate, ENV SP, TRUE Advisor and Environmental Engineer, directed the work that led to obtaining recertification in pursuit of TRUE platinum certification, including coordinating the participation in a lunchtime webinar hosted by GBCI highlighting zero waste accomplishments for both plants. “Recertification efforts were guided by our facility-wide commitments and also Titan’s value system regarding sustainability,” says Randy Dunlap. Dunlap is the president of Titan Florida. “We are honored to be included with the other USGBC leaders.”

RCC achieved TRUE Gold Zero Waste in 2020. It has also been instrumental in both developing and employing environmental product declarations (EPDs) for LEED projects. Vice President of Cement Manufacturing, Zaklina Stamboliska had the following to say. “Through our zero waste programs we have implemented native landscaping and other biodiversity advances to our local ecosystems. We have entered into outreach with local universities to educate students and shared our knowledge among our industry, concrete producers and others through work with EPDs. We are building and spreading the word.”

The 2021 USGBC Leadership Award recipients represent some of the best of USGBC’s 10,000 member organizations. This is a network of committed professionals with more than 106,000 LEED commercial projects in more than 180 countries and territories around the world. The efforts of the awardees stand out as exceptional examples of sustainability leadership among a strong and growing network of projects, companies and individuals. For more information about the awards ceremony, you can also visit USGBC Live.

About the U.S. Green Building Council

The U.S. Green Building Council (USGBC) commits itself to both a prosperous and sustainable future through cost-efficient and energy-saving green buildings. USGBC works toward its mission of market transformation through its LEED green building program, robust educational offerings, an international network of local community leaders, the annual Greenbuild International Conference & Expo, the Center for Green Schools and advocacy in support of public policy that encourages and enables green buildings and communities. For more information, either visit usgbc.org or connect on Twitter, Facebook and LinkedIn.

Titan America, LLC, is a leading heavy building materials producer in Eastern United States. Titan America has its headquarters in Norfolk, Virginia. Its products include cement, aggregates, ready-mixed concrete and also fly ash beneficiation. Its parent company, Titan Cement International, S.A., has its headquarters in Brussels, Belgium. It is a participant of the UN Global Compact. This is the world’s largest corporate sustainability initiative. It is based on companies’ commitments to implement universal sustainability principles. It is also there to support the UN goals. 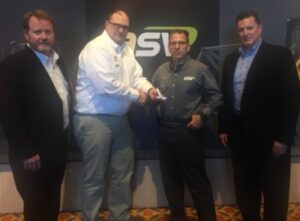