Engineering News-Record, has a report stating that cement production contributes an estimated 6 percent of global greenhouse-gas emissions, and some scientists are trying to chip away at that pollution problem. Two start-ups, one in Canada and another in Arizona, are among the newer entries in the effort to produce cleaner cement and concrete.

The Canadian company CarbonCure Technologies Inc., Dartmouth, Nova Scotia, provides a technology to masonry and ready-mix-concrete producers that sequesters waste carbon dioxide (CO2) into concrete in a process that works with any type of concrete.

Similar to how chemical admixtures are piped in today, equipment retrofitted onto a concrete mixer injects CO2 into the concrete. Then the CO2 reacts with water to form carbonate ions, which in turn rapidly react with calcium ions released from the cement to form a limestone-like material. This mineral is created in the form of nanomaterials dispersed throughout the concrete mix.

The conversion of CO2 gas to solid carbonate permanently sequesters the gas in the concrete at a rate of about 1 percent of the weight of the cement. The company has worked in the masonry field for several years but just began using the technology for ready-mix and are projecting that they will have several fully operational ready-mix-concrete installations by the end of the year.

Ferrock, which uses steel dust as its basic component, requires no energy input. Waste steel dust makes up 60 percent of the material’s dry ingredients; fly ash is 20 percent and ground limestone is another 10 percent of the mix. Exposing the dry ingredients to water and CO2 at ambient temperature is the driver of the reaction that forms the cementing iron-carbonate mineral matrix.

The resulting paste has impressive qualities, reaching 5,500 to 6,500 psi, though the company leader says they have reached 10,000. After four days of curing in water and CO2 exposure, Ferrock can reach strength comparable with portland cement after a 28-day moist cure; full strength is achieved in 10 days. Flexural strength tests have shown Ferrock to be up to seven times stronger than portland when both test specimens have 1 percent glass fibers. 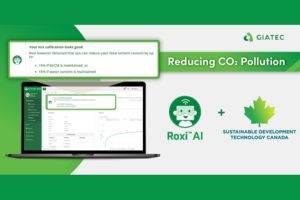 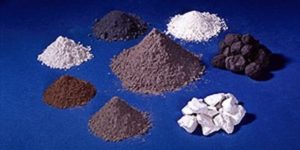 Are we looking at the demise of fly ash in concrete? 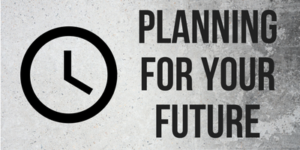 Planning for Success in Polished Concrete