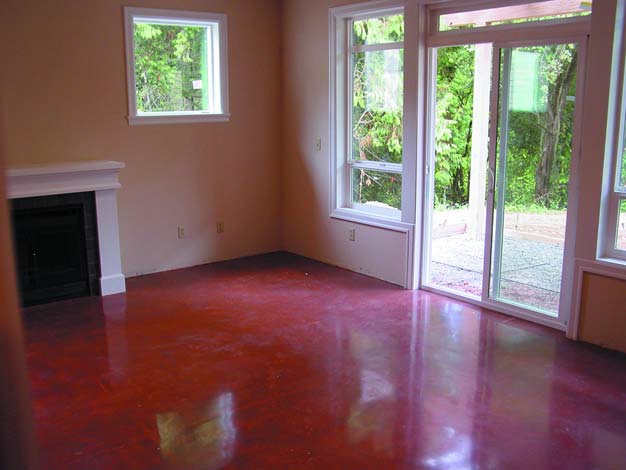 Contractors across the country have plenty of good things to say about polishing concrete.

“It’s a great alternative to surface coating and that’s what excites me the most,” says Rick Zingale of Centennial Surface Technology in Phoenix.

“There are inherent problems with coatings,” adds Zingale, who’s been in the concrete repair business for eight years and has been polishing for the last two. “They’re hard to put down and lots of things can go wrong with them. Plus, their life span can be short depending on their use. The long-term advantages of the polishing process are incredible — and you get a heck of a nice floor out of it, too.”

When he polishes, Zingale says he always uses a densifier, which is designed to tighten up concrete’s pores, prevent dusting and create a more abrasion-resistant surface. It also has similar properties to a sealer in that it helps prevent materials such as oil and chemicals from penetrating the surface. And, he adds, a densifier helps maintain luster and keep the surface shiny.

Shannon Ware, vice president of Concrete Restoration Inc. in Seattle, says the densifier also helps to lock in the color of an acid stain and harden the surface so that when you begin to polish you’re not removing color. For best results, he adds, a stain should be introduced during the higher level of the polishing process.

All three men agree that the application of a densifier will slightly darken the color(s).

Tooling options
Most contractors — including Ware and Siefken — praise the results achieved with a good densifier and a planetary polisher, a machine which consists of one large drum that turns in one direction and three smaller platens with grinding media that turn in the opposite direction. Siefken, who’s been polishing for six years, says he started off with a buffing machine but after one job purchased planetary equipment. 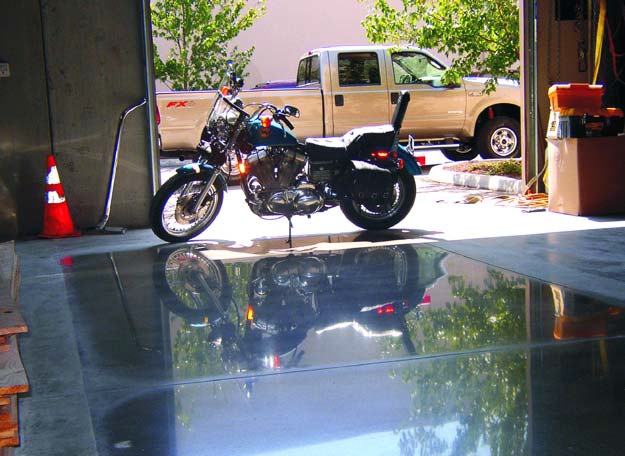 Zingale says he doesn’t use a planetary polisher but rather a 25-horsepower machine that is capable of doing bulk removal, diamond grinding and concrete polishing. Its four heads all spin in the same direction, he says, and he loves the results he’s been getting. “There’s a lot of talk about which machine is better, but I think the type of diamonds you use has more of an impact on the outcome than the equipment,” he says.

The mix design, Ware says, also needs to be taken into account. Regardless of the machine, “It’s hard to get a consistent polish with lightweight concrete. It’s definitely not the preferred mix design for polishing.”

True grit
Choice of machinery aside, Ware agrees that diamonds are pertinent to a project’s success. With the highs and lows of some surfaces, he says, “If you use the wrong grit diamond, you’ll take the stain out. It’s important to use the proper steps during the process.”

Siefken likens diamonds to sandpaper. “You don’t want to start out too smooth or you won’t remove the surface impurities.” 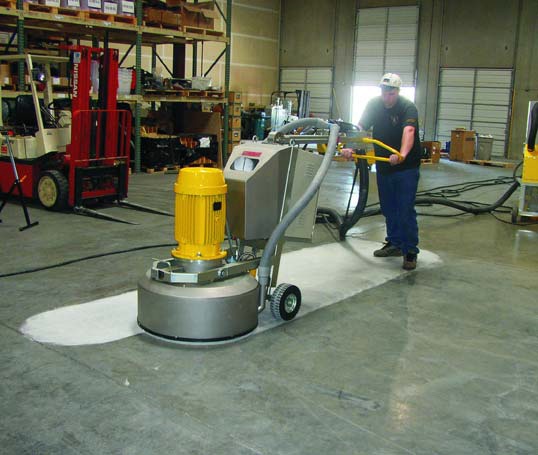 He also adds that when he doesn’t want to expose the aggregate, he uses only resin diamonds. “That way I get more of a salt-and-pepper look rather than exposing aggregate that’s fingernail size.”

Zingale estimates that about 90 percent of the work he does stops at an 800 grit. Ware says he also usually takes it up to 800, sometimes as high as 1,500. Both finishes meet the slip coefficient standards set by OSHA and ASTM.

Wet or dry?
Zingale does all of his polishing dry, which has been a big plus for his business. “I can do a small section at a time while the facility is still operating and making money,” Zingale says. And he can add the densifier as he goes. “The densifier has no odor,” he points out, unlike an epoxy, which would force the facility to shut down to let it cure.

Siefken prefers to do his polishing wet. “It’s messier than dry but the diamonds last longer and we get better results wet. We get a shinier finish when wet. But if the client is worried about mess, we’ll do it dry.”

Ware, who has been polishing concrete for about four years, says his company polishes both wet and dry, depending on the project and stage of construction. 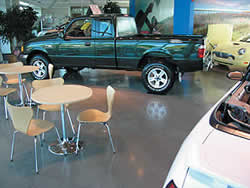 Maintaining the shine
One of the best things about polished concrete is that it is low-maintenance. “The maintenance is practically nil,” says Jeremiah Fentress, superintendent of Ladybug Concrete Specialists in Chesapeake, Va., who has just begun to dabble with polishing. “You don’t have to wax it or strip it. If you get wear patterns, you just have to go back in and repolish it, but that’s not very often.”

Ware says he recommends a dry mop on a daily basis and, depending on traffic, a wet mop or an auto scrubber if it’s a big facility.

“Keeping a polished floor clean is a lot cheaper than restripping the floor and putting something over it,” Zingale says. “When you don’t have to strip or replace worn-out VCTs [vinyl composition tiles] your client will enjoy a dramatic savings over a period of time.”

Fentress says he’s very interested in the prospects of polishing and he sees a bright future for the finish. “There is a definite market for it,” he admits. “I just haven’t aggressively pursued it.” 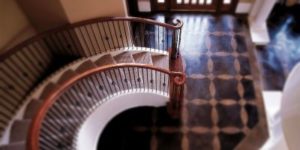 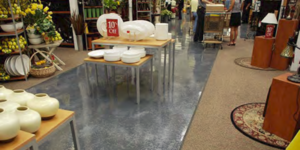 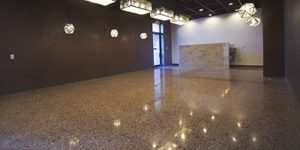