Concrete Decor is typically filled with ideas you can use right away. Instead of stashing this article in your tool bag for on-the-job reference, however, take it to the beach this summer and read it when you have time to think about the future of our industry. For while photocatalysts have exciting potential for decorative concreting, they are still in the technology-transfer phase of moving from laboratory to commercial reality.

Strong sunlight or ultraviolet light decomposes many organic materials in a slow, natural process. You have seen this process, for example, in the way the plastic dashboard of your truck fades and gets brittle over time. Photocatalysts speed up this process and, like other types of catalysts, stimulate a chemical transformation without being consumed or worn-out by the reaction.

When used on or in a concrete structure, photocatalysts decompose organic materials that foul the surface. The organic compounds affected by photocatalysts include dirt (soot, grime, oil and particulates) biological organisms (mold, algae, bacteria and allergens), air-borne pollutants (VOCs including formaldehyde and benzene; tobacco smoke; and the nitrous oxides (NOx) and sulfuric oxides (SOx) that are significant factors in smog), and even the chemicals that cause odors. The catalyzed compounds break down into oxygen, carbon dioxide, water, sulfate, nitrate and other molecules that are either beneficial to or at have a relatively benign impact on the environment. Most inorganic pollutants and stains, including rust, are not catalyzed.

The products of the catalytic reaction are easy to remove from the treated surface because the surface becomes hydrophilic — a term that means “water loving.” A hydrophilic surface prevents moisture from forming beads of water that may cause stains by attracting and holding dirt and then streaking the surface. Instead, moisture forms a thin film across a surface that interferes with the adhesion of dirt. Rain or simple rinsing can then easily remove the dirt. The result: your building or structure stays cleaner and more beautiful. One construction industry application that is already available in the United States is self-cleaning glass, offered by both Pilkington and PPG.

Beyond the visual benefits, other properties of photocatalysis may prove to be even more important. It is being used to purify water, fight disease by reducing the spread of germs, and to increase the shelf life of fruit by reducing the concentration of ethylene gas (associated with the ripening of fruit) in distribution facilities.

It is also being used to reduce air pollution. In one study, photocatalytic paving decomposed 15 percent of the nitrous oxide released by cars traveling the roadway and was more effective, in this regard, than planting trees on both sides of the roadway. Other advocates of the new technology suggest that urban air quality could be improved by up to 80 percent if all streets, sidewalks, and exterior building surfaces were treated, an optimistic best-case scenario and one that does not take carbon dioxide emission into consideration.

Japan, Europe already using the technology
While the research models are still being refined, there is enough confidence in the air-purification capability of photocatalysts that they are already being used in Japan to make polluted cities like Tokyo more livable. Mitsubishi makes the Noxer brand of photocatalytic concrete unit pavers. Toto makes treated ceramic tiles and Hydrotect Color Coat, a pigmented water-based photocatalytic coating. You can even make the air in your home or office easier to breath with a photocatalytically-treated bouquet of flowers. 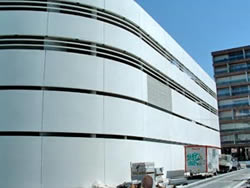 In addition to decomposing the chemicals that contribute to air pollution, photocatalytic treatments are alleged to have other environmental benefits. Self-cleaning concrete will not require the use of the solvents now used to clean buildings, eliminating another source of pollutants. Moreover, clean concrete will reflect more light, reducing the heat buildup associated with “urban heat islands.” This may help keep our cities cooler during hot seasons. It may also reduce the formation of smog since the chemical reaction that creates smog increases as air temperatures increase.

Europe is the home of the reigning showplace of photocatalytic technology, the Jubilee Church (also known as the Dives in Misericordia) in Rome, completed in 2003. The soaring structure was designed by the award-winning international architectural firm of Richard Meier & Partners Architects LLP. It is an awe-inspiring composition of 256 precast, post-tensioned concrete elements assembled into curved white “sails” that rise 85 feet into the sky.

The project was constructed with TX Millennium, a white portland cement with a photocatalytic additive that is manufactured by Italcementi Group. Crushed white marble aggregate was also used to make the concrete a brilliant white. As the project’s “technical sponsor,” Italcementi Group estimates 12,000 man-hours went into developing and testing the new cement to make sure the photocatalytic material is compatible with the concrete and would, indeed, keep the building clean for the thousand-year service life used as the project’s design criteria.

Italcementi Group’s subsidiary, Essroc, is presently introducing the technology to the North American market with a primary focus on the precast concrete industry. The company’s director of marketing, Paul Batt, also sees great opportunities for the technology in cast-in-place and other types of concrete construction. However, the wide range of conditions and materials affecting concrete requires a “case-by-case approach to ensure all the factors that impact the success of photocatalytic concrete are considered,” he says. 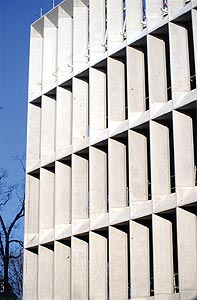 In a recent demonstration project, they treated a guest room in a major Las Vegas hotel and measured a greater than 30 percent reduction in odors from tobacco and other olfactory nuisance; performance would have been better, the manufacturer claims, if the hotel kept draperies open during the day.

While Green Millennium’s solution has been used on concrete in Japan, the firm has not yet formally introduced the technology to the concrete industry in North America. Still, the material is available. Marketing director George Tseng says the product can be applied with an HPLV sprayer and 0.3 to 0.8 mm diameter spray tip to produce a fine mist pattern for a thin and even coating on the surface. In addition to new construction, he sees a huge potential demand for treating existing buildings and says the company plans to offer training programs for distributors and applicators.

Nanotechnology
The catalytic ingredient in all of these products is titanium dioxide (TiO2). Titanium dioxide is widely used as a white pigment in paint, plastics, cosmetics, and a host of other products. Making it photocatalytic requires manipulating the material to create extremely fine nanotechnology-sized particles with a different atomic structure. At the nano-scale, this new type of titanium undergoes a quantum transformation and becomes a semiconductor. Activated by the energy in light, the TiO2 creates a charge separation of electrons and electron holes. The electrons disperse on the surface of the photocatalyst and react with external substances, causing chemical reductions and oxidations and forming hydroxyl radicals that act as powerful oxidants to decompose organic compounds.

Extensive research into photocatalysts is being conducted worldwide, and they may one day prove to be an invaluable part of the concrete construction palette. Meanwhile, David Shepherd, Director of Sustainable Development at the Portland Cement Association, characterizes the technology as “an interesting laboratory experiment. There is too much to learn about them before we declare the technology a breakthrough for concrete construction.”

Before the materials can be widely used with confidence, industry standards must be developed and long-term exposure tests — in a variety of environments and concrete mixtures — must be conducted to determine the best dosage rates and application techniques, compatibility with admixtures, the longevity of treatments, and the treatment’s effect, if any, on the durability of structures. For example, will the hydrophilic effect of the photocatalysts draw moisture into concrete in a way that could promote corrosion or freeze-thaw deterioration? And even if the photocatalyst manufacturer says its product is compatible with joint sealants and coatings, who will warrant that these materials will adhere to a treated concrete substrate?

Conventional pigment-grade TiO2 is an inert substance with acceptable toxicological and environmental risks. Initial indications are that the nanotechnology forms of TiO2 will also be acceptable, but prudence is justified pending further investigations. Researchers are discovering new photocatalysts that operate under visible light and that promise even more effective photocatalysis. Increasing production capacity should result in lower material costs. In addition, new applications are being found for photocatalysts in fabrics and clothing, personal care products, and other everyday products: for example, you can buy photocatalytic antibacterial deodorant pantyhose in Japan. What will happen when widespread use of photocatalysts results in a build-up of the chemicals in the environment?

Photocatalytic materials that are buried are not exposed to light and do not decompose organic materials. What will happen when the compounds are drawn out of the earth into the foods and water supply and then ingested by humans and other species? What might happen when they wash into shallow seas and decompose the microorganisms upon which the ocean’s ecosystem feeds? These concerns must be addressed because catalysts are not depleted by the reactions they trigger; they continue to affect the environment long after the reason for their initial application has past. Pending further research and field long-term field trials, the readily identifiable environmental benefits of the new technology have to be weighed against possible and unknown risks.

On the beach
If you are reading this at the beach, you may be experiencing the power of the sun to decompose organic material — known in this case as “sunburn.” The tube of sunscreen you brought with you may include titanium dioxide in its list of ingredients; if so, it is the old-fashioned non-photocatalytic type. As you apply it to yourself, however, take time to daydream about how and where you might use the new type of TiO2 in your concrete projects.

While photocatalysts may not be ready for major projects, I suspect many readers of this article will return from their vacation eager to test photocatalytic materials in their workshops and sample yards. Entrepreneurially spirited and willing to get their hands dirty with experiments, decorative concrete contractors have always been an innovative force in the construction industry, and are certain to find exiting new ways to use photocatalysts to offer their clients a better product.

Michael Chusid, FCSI is an architect and marketing consultant specializing in the evaluation and promotion of innovative building materials. He is a consultant to many manufacturers and trade associations in the concrete industry. Based in Los Angeles, he can be reached at www.chusid.com. 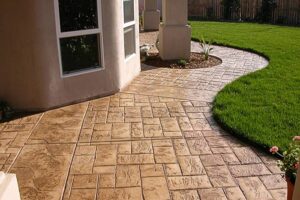 What’s The Best Way to Strip Sealers from Stamped Concrete? 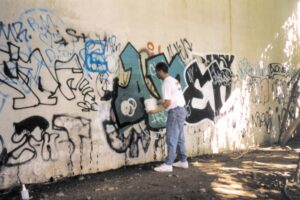 Preventative Concrete Coatings Contractors Can Use to Avoid Graffiti 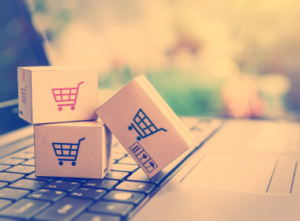