A term you may have heard related to sustainability and the issue of global warming is “carbon footprint.” The concept is that man-made greenhouse gases increase the greenhouse effect, leading to warming of the earth’s atmosphere. The carbon footprint of a material is the total amount of carbon dioxide or other greenhouse gases (such as methane) that are released during its manufacture.

When evaluating the carbon footprint of concrete, we consider the greenhouse gases released during cement manufacturing, aggregate mining, admixture production, and transportation of all the materials to the cement plant and the ready-mix plant and then to the job site. Although there are other sources contributing to the carbon footprint of concrete, cement is the bad actor, despite the fact that we couldn’t make concrete without it. According to a presentation by Paul Tikalsky of the University of Utah, when it comes to using straight portland cement, 96 percent of the concrete dioxide generated in the entire cycle comes from manufacturing the cement. (The talk, delivered in October 2009 at the Colorado Concrete Conference, will soon be up on the Web site of the Rocky Mountain Chapter of the American Concrete Institute.)

One change to concrete that has proven helpful in reducing its carbon footprint is using fly ash as part of the cementitious material. According to fly-ash marketer Headwaters Resources, fly ash has been successfully used to replace as much as 40 percent of the portland cement in a given concrete mix – and even more in some limited applications such as mass concrete.

Not only does this greatly reduce the concrete’s carbon footprint, it also results in better concrete – stronger, less permeable, less alkaline (which reduces the potential for alkali-silica reactivity and efflorescence), easier to finish and resistant to chemical attack.

Using a waste material that would otherwise end up in a landfill to replace energy-intensive cement is more “sustainable.” The total environmental impact of mining raw products to make cement has been reduced. According to the Portland Cement Association (PCA), there is about 1 ton of carbon dioxide produced for every ton of cement – replacing half of that cement with fly ash cuts the carbon footprint drastically.

Not perfect
Of course, there are always trade-offs: Fly-ash mixes have delayed set times and gain strength more slowly, which can be a problem in winter conditions. Fly ash can make the entrained air content difficult to control. And acid stains don’t work as well with fly-ash mixes as they do with straight portland cement mixes, because acid stains react with calcium hydroxide in the concrete to produce color, and there is less calcium hydroxide in a fly-ash mix (for reasons I’ll explain below).

Fly ash is a byproduct of burning coal to generate electricity. What used to be released from generating-station stacks as smoke is now collected in a bag house. In 2007, 131 million tons of fly ash were produced in the United States, according to the American Coal Ash Association. About 43 percent was beneficially used, the vast majority in concrete. The remainder, unfortunately, was put into landfills or stored in various impoundments by electric utility companies.

Fly ash is considered a pozzolan, meaning that it possesses very little cementitious value on its own, but when mixed into concrete it will react with the calcium hydroxide generated by the hydration of portland cement to become cementitious itself. There are two classifications of fly ash, Class F and Class C – both can be used in concrete. Although Class F is generally considered preferable, Class C is also used very successfully.

Fly ash is sometimes referred to as an admixture or a mineral admixture. I have always resisted calling it an admixture, however, preferring to simply call it a supplementary cementitious material (SCM) or a pozzolan. The term “pozzolan” comes from the name of the Italian town of Pozzuoli, the source of natural pozzolans that were mixed with lime by the Romans to make concrete in the third century B.C. While some natural pozzolans are used today, most modern pozzolans, such as fly ash, slag and silica fume, are industrial byproducts.

Fly-ash particles are very small, so that they fill pores in the concrete, making it denser. The round nature of fly-ash particles also makes the concrete move more easily – as if there were little ball bearings in the mix. Fly ash does contain metals, such as mercury, lead and selenium, and can be slightly radioactive, but in levels far below those naturally found in soils and rock. One study of fly-ash bricks used indoors, authored by Henry Liu of Freight Pipeline Co., found that these bricks do not “release mercury into the ambient air. To the contrary, they absorb mercury from the air.”

In December 2008, a fly-ash impoundment at the Tennessee Valley Authority’s Kingston, Tenn., power plant failed, releasing 5.4 million cubic yards of fly-ash slurry. No one was killed in this incident, although, as might be expected, it did have a big impact on the nearby Emory River. The cleanup is expected to cost $1.2 billion.

In the way everything is reported these days by the news media, this spill led to fly ash being labeled as a dire threat to the health of every person in the United States. Erin Brockovich descended on Kingston with a team of lawyers and “60 Minutes” soon followed, generating hysterical attacks on the coal and concrete industries.

The Environmental Protection Agency, as recently as May 2000, stated that “regulation of fossil fuel combustion wastes under Subtitle C of the Resource Conservation and Recovery Act (RCRA) is not warranted.” The agency also stated, in 2006, that “mercury is strongly retained by the resulting coal combustion residues and is unlikely to be leached at levels of environmental concern.” That means that fly ash was not considered a hazardous waste, but rather an industrial byproduct. But with the political firestorm that arose following TVA’s ash spill, EPA is now leaning towards designating fly ash under Subtitle D, which would define it as hazardous waste.

The implications of this action could be devastating to the use of fly ash in concrete. Schools and hospitals aren’t going to allow the use of hazardous waste in concrete for their buildings. Concrete water tanks would be prohibited from containing fly ash, although nearly every water tank built in the past 20 years used low-permeability fly-ash concrete with no significant increase in metals ever documented. (See the Portland Cement Association’s online Concrete Thinking article called “Leachability and Concrete.”) Concrete workers who develop cancer would sue the concrete industry for exposing them to hazardous materials. The electric utility industry would simply decide it’s easier to landfill the stuff than exposing themselves to the lawsuits that would surely follow.

No one is saying that fly-ash slurry spills should be ignored – this was a serious failure and the electric power industry should examine all of its impoundments to make sure it isn’t repeated. But we should approach this problem with reason and facts, not with hyperbole. Fly ash has a huge beneficial impact when used in concrete. To exclude or limit its use would have a far greater negative impact than any danger that exists from properly stored and used ash. 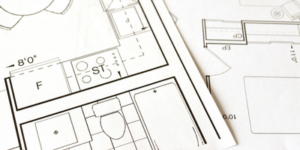 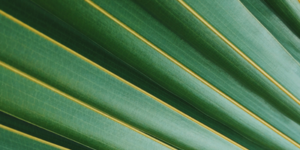 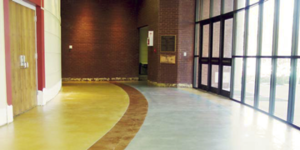 A Look Inside Green Buildings and Why They Matter