Meva is a family owned manufacturer of formwork located in Southwest Germany. A new central university campus with three faculties is being built in Delémont, Switzerland, using Meva formwork. The campus complex is 656 feet (200 meters) long and comprises four offset blocks with four levels each, plus an underground car park and a 9-story tower on the south side. Meva shared their case study of this project along with photos of the construction process.

The slabs, nearly a foot (30 centimeters) thick and with some irregular recesses, include beams in longitudinal direction on every level. They are 1.3 feet (40 cm), 2.3 feet (70 cm) or 3.3 feet (100 cm) thick. The requirements for concrete works and formwork engineers were challenging: slabs and beams needed to be completed in single pours, on schedule and in budget. The joint pours of slabs and beams proved the main handicap and K.O. criterion for other approaches. Contractor Parietti et Gindrat SA relied on the slab system MevaDec to handle the complex job on time. Here’s how site management mastered the task.

The MevaDec props, beams and panels are set up by only two workers. When reaching the position where a concrete beam is to be poured, MEP shoring towers are moved into place with wooden beams and panels to form the underside of the beams. AluStar or StarTec wall panels are mounted horizontally to form the beam edges while wooden beams close the gap between the slab and concrete beam formwork. Then MevaDec panels are again set up for the slab area until the next beam position is reached. MevaDec’s flexibility which can change its forming direction freely, makes work very fast despite the many concrete beams.

Different slab areas are all formed without time-consuming filler areas by using different panel sizes and combining them in varying directions and in offset position within the primary beams. Once the slab has reached its minimum strength, the props’ drop heads are lowered to pull out the MevaDec beams and panels and move them to the next pour. A few props remain for reshoring. On a total slab area of 172,223 square feet (16,000 square meters), the saving on inventory, labour, work flow, time and rental costs is immense.

The site works with two cycles of 6459 square feet (600 square meters) each, one being set up while the other is being used for a pour. Stripping follows every three days (every seven days on the concrete beams), pours are scheduled every six days. Fast work flow, simple site logistics, easy handling and work without cranes are what make the MevaDec the site hero, as foreman Tiago Geraldes explains: “Using the MevaDec for the first time, we’ve become fans. It is so simple and fast to set up, flexible to adapt around the many concrete beams and varying slab layouts. We are saving time, labour, money and crane time. And: we’re on schedule and in budget.“ 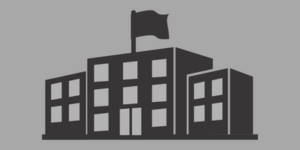 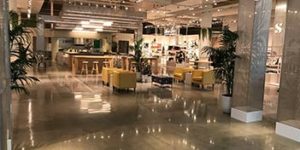