Last year, for the fourth consecutive September, Buddy Rhodes and Blue Concrete held their EPIC artisan training event in Covington, Georgia, near Atlanta. There, 50 concrete-minded attendees gathered for a healthy dose of fun and some hands-on creating so they could learn about materials and techniques to improve their style and technical skill. This past fall, the fun involved building little cars that would be put to the test in the EPIC Concrete Derby.

From a prime swine and smoking toaster to a Fred Flintstone-mobile and a hot dog topped with mustard, “The cars were little feats of engineering and art,” says Jeremy French, artisan with Buddy Rhodes Concrete Products.

Participants built their molds beforehand and cast their cars on site. To qualify, all derby contenders had to weigh no more than 10 pounds and fit into a 12-inch-long, 6-inch-wide box. Wheels were provided by the participants, with the exception of one attendee, Mike Hearn, who built his wheels from concrete. (In the end, this daring touch won him the style and technical prizes for having the only car built entirely out of concrete.)

A pair of Australian artisans built the launch ramp and track, where cars had to leap over or plow through the “Pit of Despair” fire obstacle. No car was spared the wrath of the flame. In fact, most of the cars met their fiery fate before they reached the safety of the finish line.

Buddy Rhodes and his classic pinewood derby-shaped car featuring his signature “pressed finish” won the most heats of the race — and everyone swears the race wasn’t fixed — but newcomer Peter Cicalo won the grand prize. He was awarded with an all-expenses-paid trip to EPIC 2015 to defend his title. 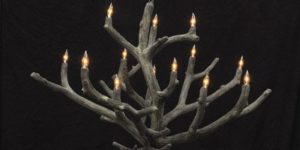 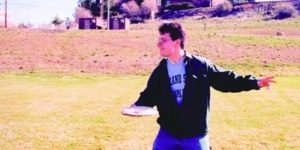