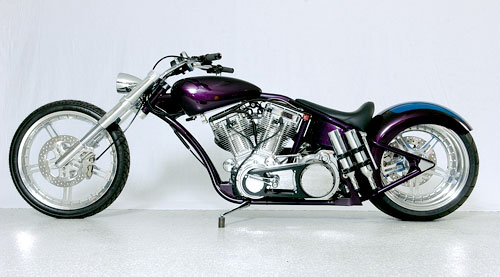 As polymer floor systems go, polyurea is the new kid on the block. But during the past decade, the technology has evolved significantly and the coatings have become increasingly popular. “Our studies showed that you can increase the service life of the facility two to three times what the current technology was able to provide,” says Rob Loomis, a chemist with polyurea manufacturer Willamette Valley Co. “That’s in terms of chemical resistance and abrasion resistance.” 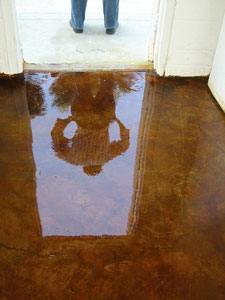 One of polyurea’s most unusual properties is its short cure time. Pure polyurea can set up in 15 seconds or less. In fact, the traditional application method is spraying with a plural-component impingement gun with mechanical purging. Newer formulations, however, have somewhat longer cure times and can be applied using a squeegee followed by backrolling. Those products have pot lives of 15 to 60 minutes, are dry to the touch after about four hours, and can accept regular foot traffic after about 24 hours.

Project completion time is minimized in another way, too. The coating can be applied to the full desired thickness in one layer. Typical applications are 60 mils to120 mils thick, but layers outside that range are also possible. Eliminating the need to apply multiple coats to achieve full thickness reduces the true cost of the system. The direct cost of labor is less, as is down time for the facility.

Polyurea formulations are either 100 percent solids or very close to it. With little or no solvent content, the products are nonflammable and emit little or no odors or VOCs during application. “Being 100 percent solids, it’s a closed-molecule system,” says Jose Ibarra, owner of Crown West Inc., the West Coast distributor for Crown Polymers. “It doesn’t bleed, it doesn’t open up, it doesn’t allow for growth of algae and bacteria.” This makes polyurea a good candidate for coating floors in places like hospitals and food-processing plants. It can even be applied overnight or while the facility remains in operation.

There’s another advantage to having little or no solvent content. “Coatings that are very high in solvents have to be applied in such a way that the dry-film thickness meets the specification required for the job,” explains Mark Glendrange, technical director for Versatile Building Products. “The film thickness wet is equal to the film thickness dry with the polyurea.”

Polyurea coatings can be applied successfully at any reasonable temperature, from near freezing to more than 100 degrees Fahrenheit. They are also much more tolerant of humidity than other coatings. “When you spray urethanes or nonpolyurea type technologies [in humid air], the density of the coating will change. You can have a less dense, or more permeable, product, whereas the pure polyurea systems cure and have the same density under the wide range of humidity conditions,” Loomis says.

Keys to good results
Basically, polyurea is the result of a chemical reaction between two liquids — an isocyanate and a resin. The isocyanate can be either an aromatic or an aliphatic compound. More detailed descriptions of polyurea begin to sound like the final exam of a second-semester chemistry class. The bottom line, though, is that the choice of isocyanate type, inclusion of various additives, and variations in the component proportions can produce an assortment of polyurea products with different physical properties.

For example, aliphatic polyureas are UV stable. Sunlight will cause aromatic-based products to yellow, although this effect can be slowed by incorporating UV absorbers as additives or in a topcoat. On the other hand, aromatic polyureas may be slightly more resistant to solvents. Nevertheless, all polyureas provide a clear, hard, durable coat that will typically outlast comparable alternatives.

Proper mixing of polyurea’s two components is essential for a successful application. When the material is to be applied by pouring and spreading, the manufacturer’s directions must be followed carefully. Generally, the two components are measured according to the specified ratio and poured into a container, where they are stirred with a mixing blade at 350 to 400 rpm for 2 to 3 minutes. Then, to make sure the material near the sides of the container is fully incorporated, the mixture is transferred to another container and mixed for an additional 30 to 60 seconds.

Adequate surface preparation is also a key to success. Concrete floors should be cured for at least 28 days, and the surface should be clean and dry. A thin primer coat is usually recommended. “If you’re going over raw concrete and it’s a high wearability area, we recommend a thin layer of an epoxy — maybe 2 mils — to get a good bonding that works with the polyurea and not risk any delamination,” Ibarra says. He adds that acid-etched or stained concrete is considered a sealed-coat system that the polyurea can bond directly to.

The best finish is achieved by backrolling with a short-nap mohair roller. Virtually all polyurea products have a high-gloss finish. The gloss can be reduced if desired. For example, Ibarra suggests applying a topcoat using a clear, water-based polyester polyurethane, or applying a satin or matte-finish wax.

The durable polyurea surface is easy to maintain. Regular cleaning can be done with a nonabrasive cleaning agent such as a mild soap solution or a gentle solvent. “Most facilities have their own cleaning agents that they use,” Loomis says. “Those cleaning agents need to be disclosed, and compatibility with the polyurea coating needs to be tested. I’ve heard of cases where there have been problems with discoloration.”

Dollars and sense
“Usually the polyureas will be more expensive,” Glendrange says. A true cost comparison, though, involves more than simply the purchase price of the product. Labor costs for installing polyurea are generally lower because of the ability to apply the full thickness in one layer. Reduced downtime for the facility can also add to cost-effectiveness. Longer service life compared to other coatings must be factored in, too. Ultimately, the overall cost of a polyurea system is quite competitive with its alternatives. And, Glendrange adds, “The film properties as far as the gloss and the physical property of toughness are superior to most other coatings.” 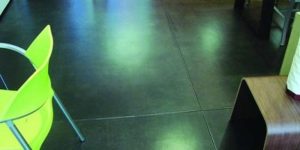