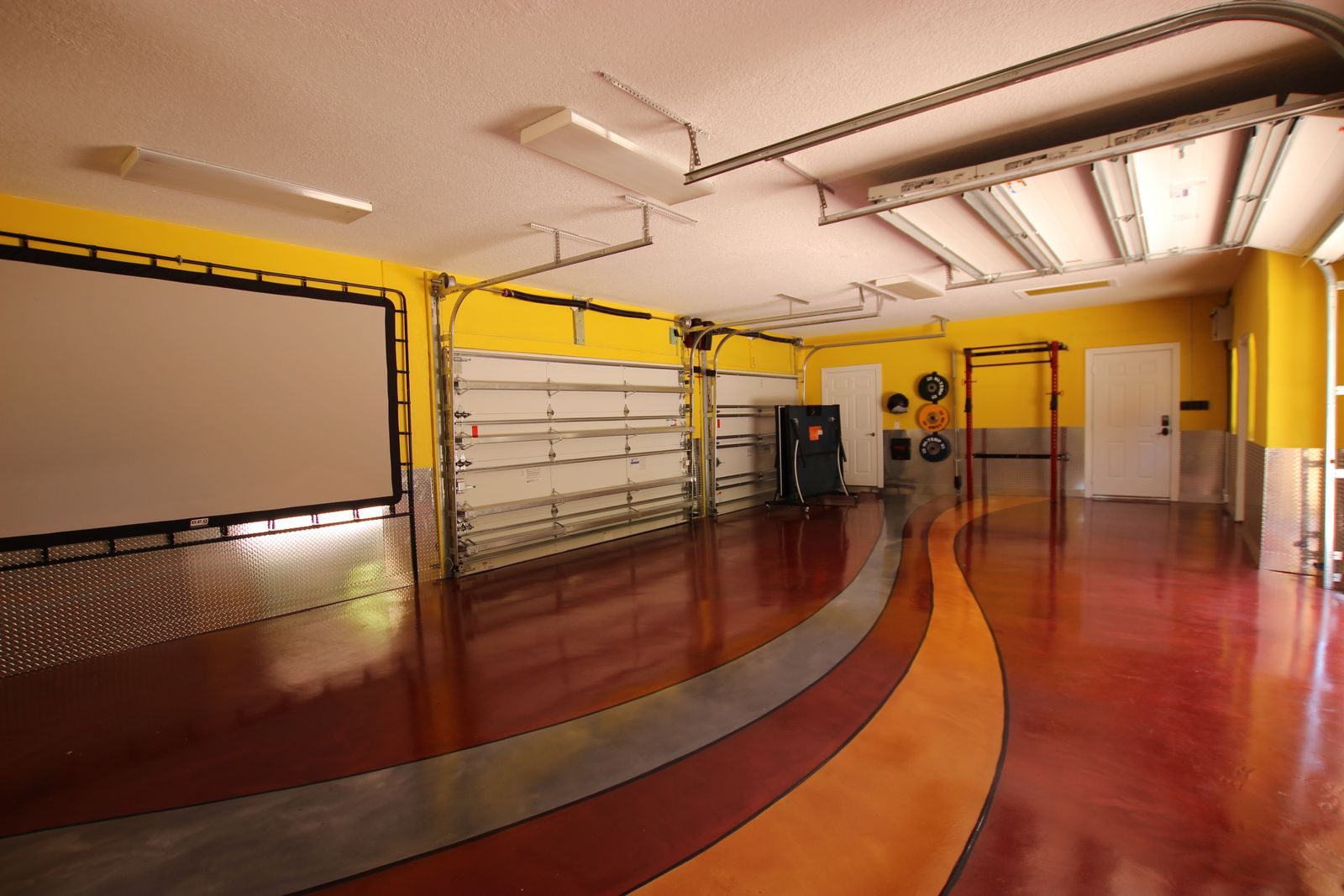 Van Winkle wanted an eye-popping floor for an episode filmed for season 5 in a two-car garage at a home in Palm Beach, Florida. Citadel Floor Finishing Systems in St Paul, Minnesota, called up the installer, Garage Enhancements, that was working on the project, to offer assistance. Citadel specializes in polyurea floor coatings and used their Polycuramine Metallic System on this floor. 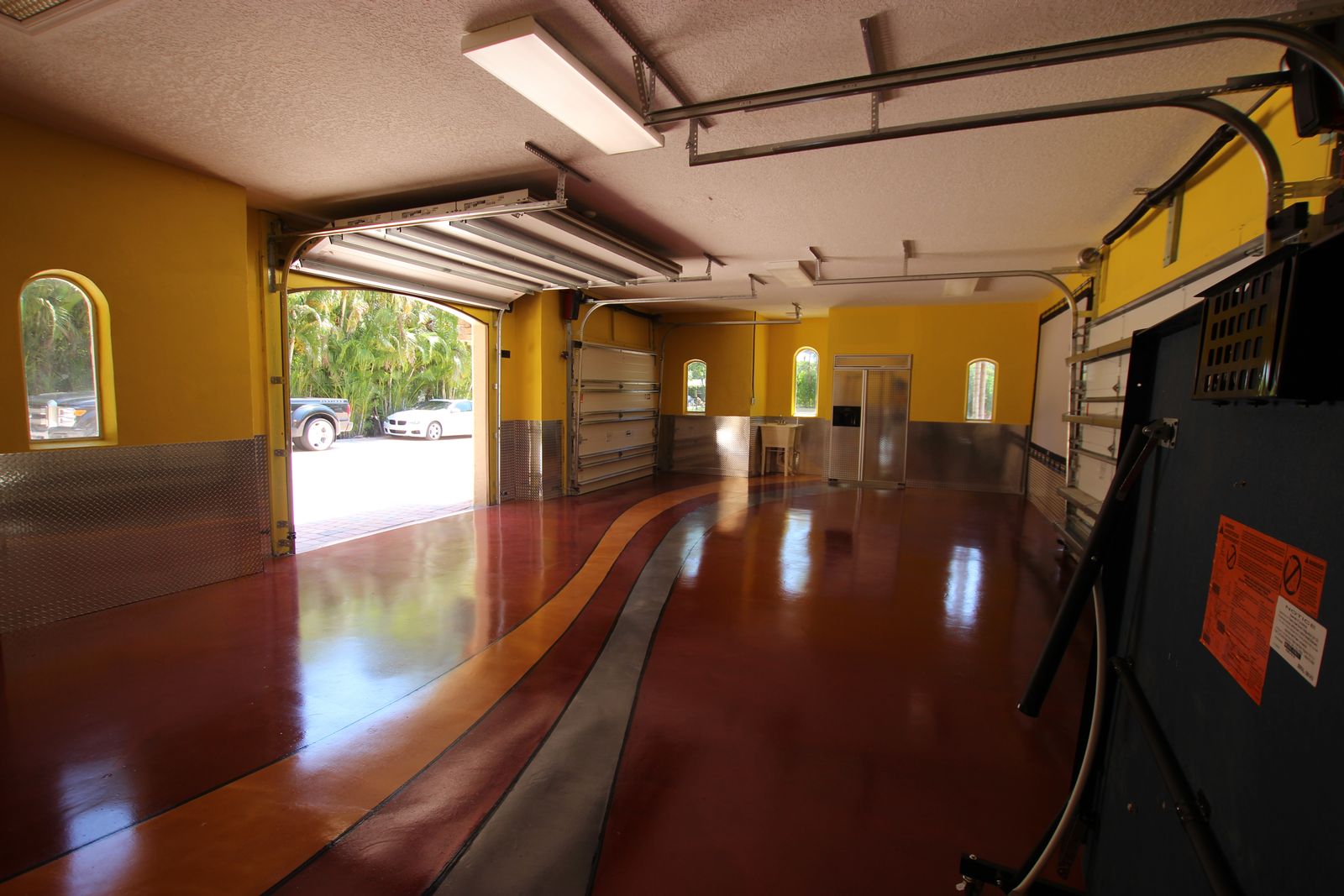 “Garage Enhancements said they needed help with the metallic effects and with getting the certain colors that Rob was looking for so we got involved,” says Adam Moore, Rust-Oleum’s vice president of flooring. The work was completed in early June 2015.

Citadel has 42 colors available. “We took some pictures and sent that to his production team and figured out exactly what they were looking for,” he says.

Van Winkle chose a red color called Fireweed for the main 850 square-foot floor field, along with ribbons of Silver Bullet and Goldfinch for a “swoosh” going through the center of the floor.

“It’s a big, two-car garage that you can actually drive through,” Moore says, and it was also really sloped. That was a challenge because the metallic coating moves. “We taped off with duct tape and used weather stripping to build it up so it wouldn’t run over the tape line.” 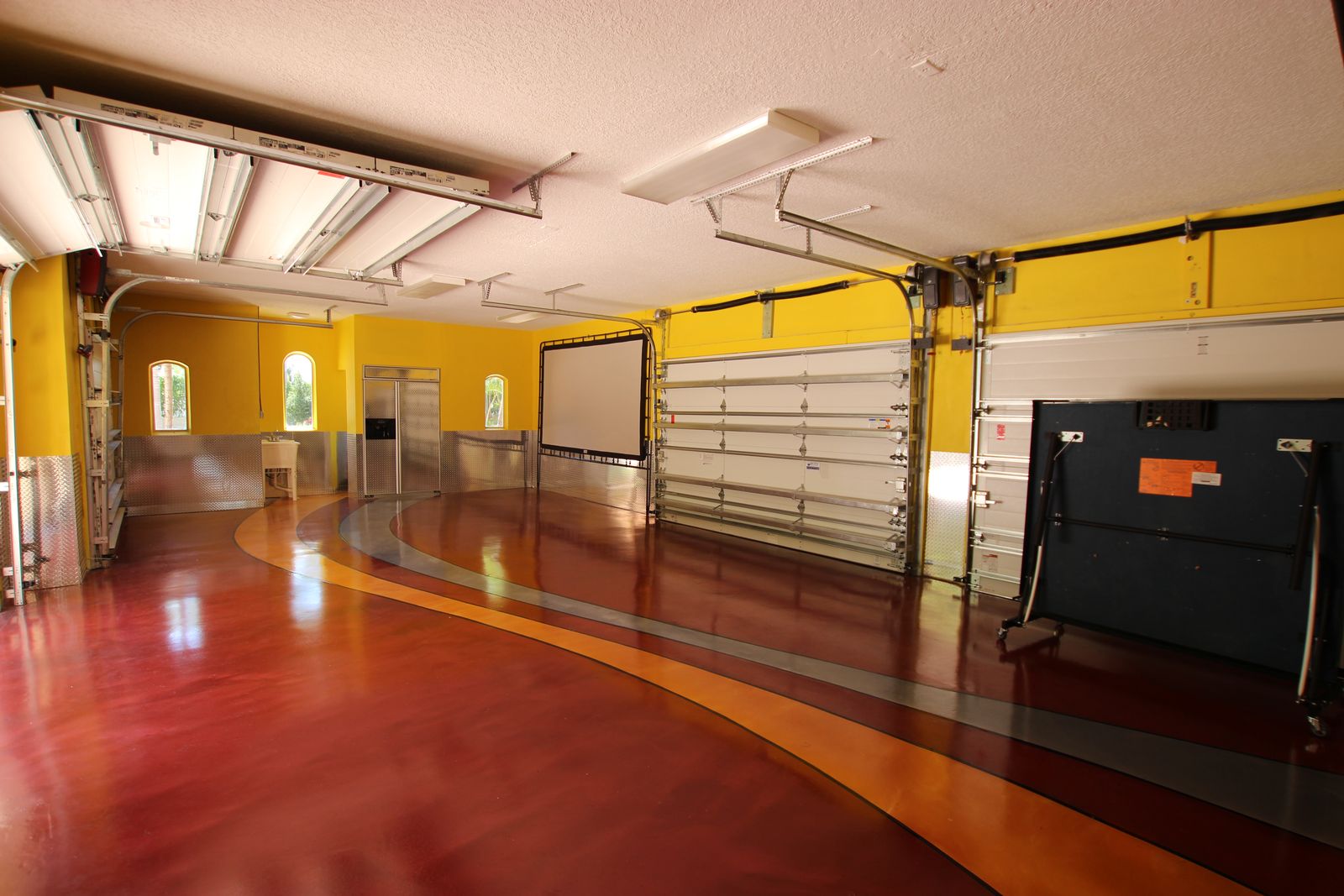 The Garage Enhancements crew used a concrete diamond grinder to remove the many layers of paint on the floor and to prepare the concrete substrate. Then divots and cracks were patched using Citadel’s Fortification Formula.

For the “swoosh” through the middle of the floor, the crew first taped out the stripes. “We then applied the Eco Prime primer in white to give our silver and gold colors some pop,” Moore says. “Once the primer was tacky, we applied the pigmented Polycuramine coating using a 1/4-inch notched squeegee and back rolled, trying to be careful not to spill over into the main floor areas. We made the decision to apply the stripes first as we didn’t want to walk on the main field area and possibly contaminate it attempting to apply the stripes afterwards. Once the stripes were set, but still tacky, we removed the masking tape to reveal the clean lines to which the red would adjoin. We masked the stripes with tape and paper. Once done, we applied Eco Prime in black as it would add depth to the red and eliminate the risk of the floor looking pink.” 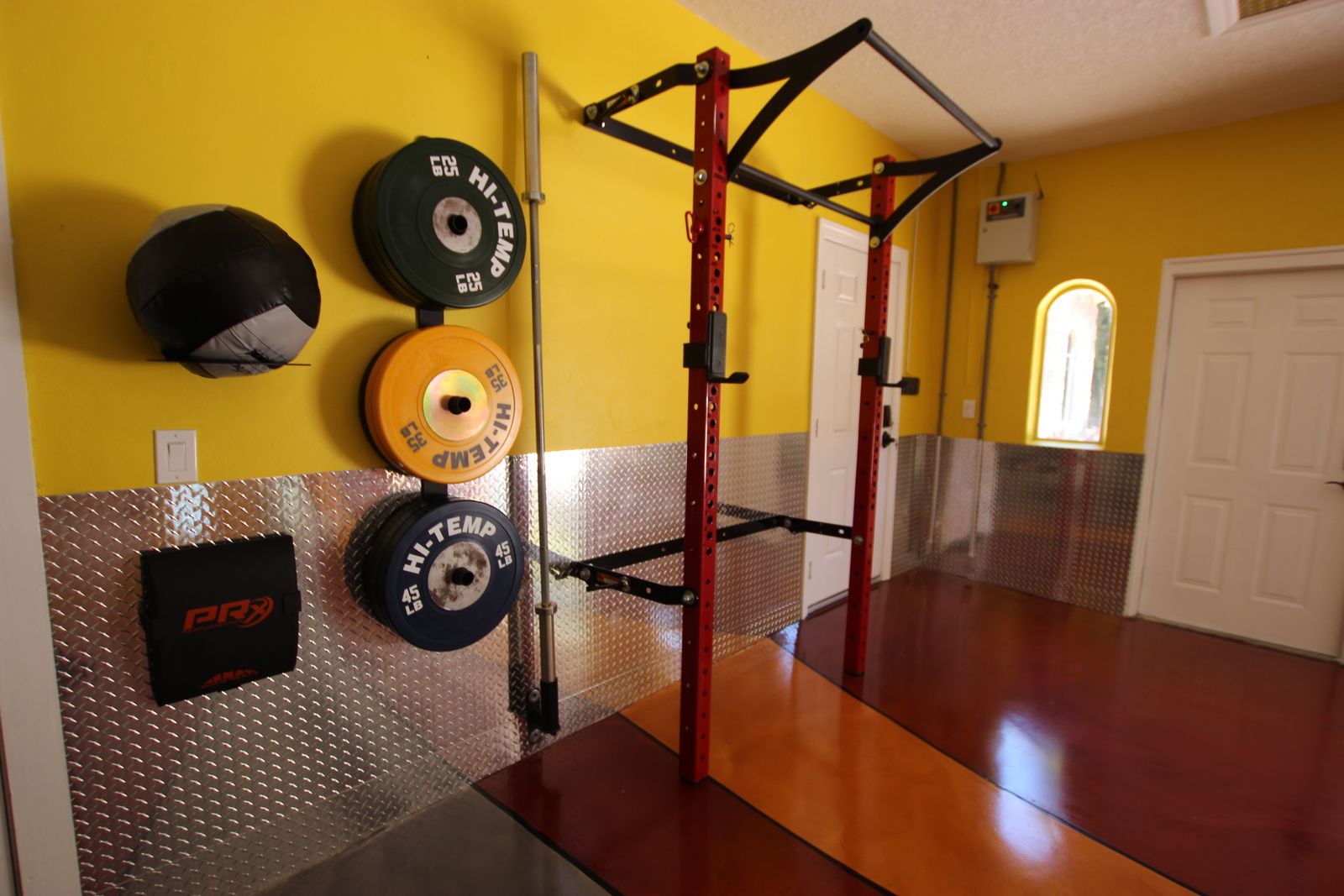 As mentioned previously, the floor had a serious slope. In one area it sloped 5 inches over a 10-foot span. “This can be disastrous with a self leveling product such a Polycuramine,” says Moore. “We installed tape and weather-stripping in the sloped areas to prevent it ending up in a pile in the driveway. Once the primer was tacky, we applied the pigmented Polycuramine using our handy 1/4-inch squeegee and back rolled with a 3/8-inch microfiber roller.”

The Polycuramine flowed and leveled out nicely, and when the tape was removed, it revealed nice, sharp lines. Van Winkle added black pin striping to the floor, and the Citadel crew finished up with a single coat of the Polyurea-1 HD mixed with Citadel’s Ultra Durability Plus Additive.

“The final result, with regard to the many challenges we faced, was a beautiful floor that boasts both creativity and durability and will show as well on TV as it does in person,” says Moore. 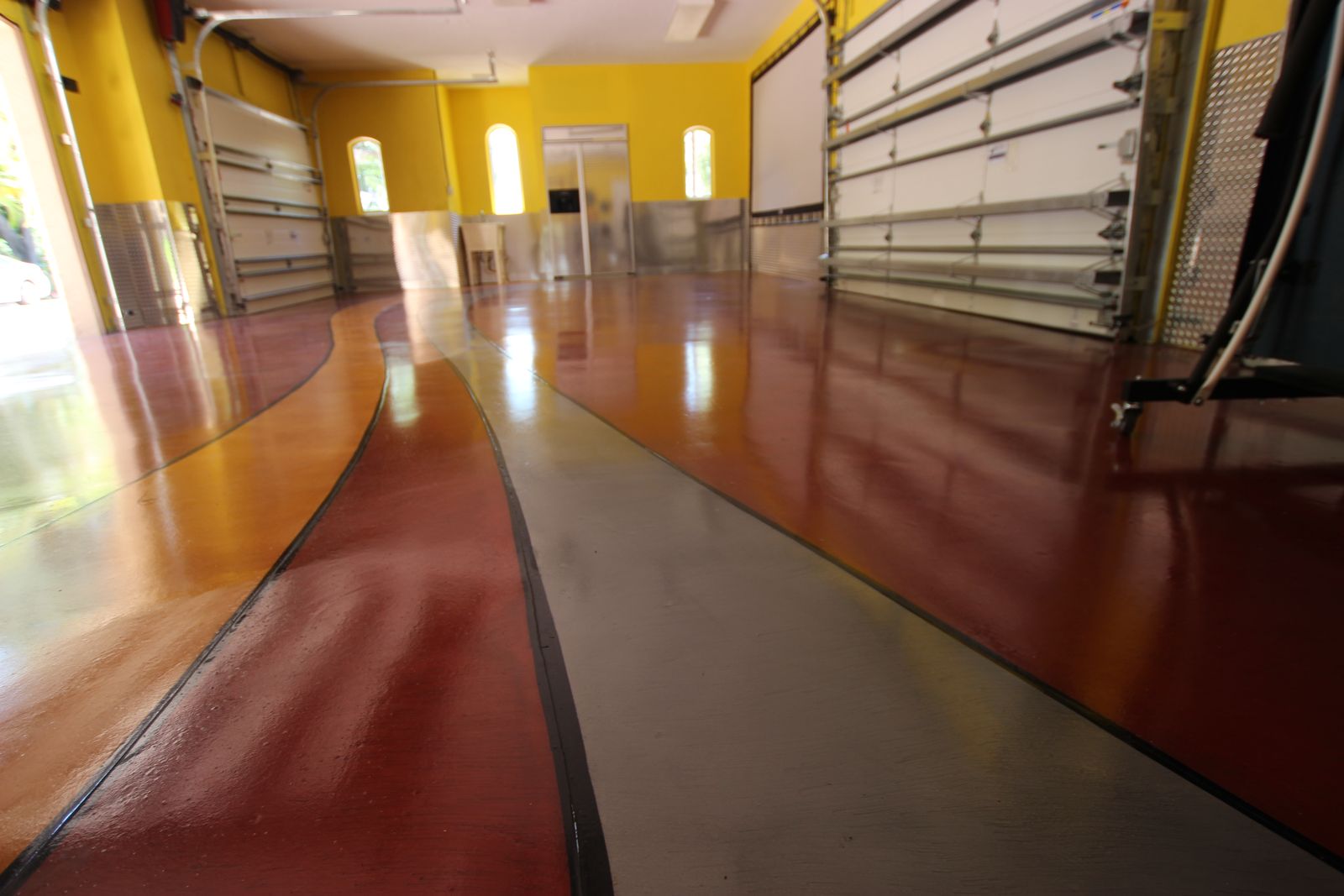 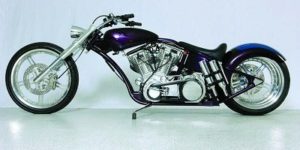 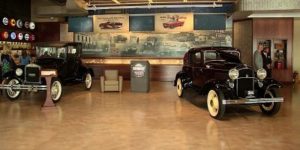