There’s often a right way and a wrong way to go about choosing and installing a coating for a job. Jeremy St. Clair, technical director of Orange, California-based Kretus Group, made certain to go the extra mile for a project his company recently supplied in San Diego.

Ironically, Kretus had initially been turned down for the job because its bid was too high. The job involved the parking apron in front of the Manchester Grand Hyatt Hotel, only a five-minute walk from the Pacific. The surface itself was 10-inch-thick concrete slabs in a diamond pattern that were poured without rebar.

“The idea was they were all independent floating slabs,” St. Clair says. “Initially they had stained the concrete, but over time it had worn down. They had thought about going with a staining-type sealer, but it would only penetrate about 3 mm max.”

By studying the job site, St. Clair recognized the coating would need to handle as many as 400 taxies, trucks and high-end cars every day and a one-component coating wouldn’t be enough to do the job.

“We did some samples on-site, but we weren’t chosen,” he says. “They told us our bid was too high and our coatings cost too much.”

Instead, the contract went to a contractor using an acrylic coating — which wasn’t the right product for the job.

“It’s a good coating — there’s nothing wrong with it — but no one went out and looked at the heavy traffic,” St. Clair says. “It might have worked fine if only 10 cars a day drove over it.

“The contractor got about 75 percent of the work done toward the contract and it was already failing,” he adds. “They called us back and we did four more samples for them.”

Ultimately, what got Kretus and its contractor, Applied Restoration Inc., the job was a peel-out test involving a Lamborghini. Although the job is black and gray, St. Clair had made the mistake of bringing a white coating to the test.

“The competitor brought a dark gray,” St. Clair says. “When they did the peel-out test on our coatings, mine had no tire marks — even though it was a white coating — but the other one did.”

While paying attention to the volume of traffic helped Kretus get the job, the supplier also noted the proximity to the ocean and how the sun shining off two neighboring towers would impact the job site.

“We set specific times when the contractor couldn’t install because we were worried about the dew point,” St. Clair says. “Ultimately, we timed the installation in five different steps.”

To deal with those issues, plus some cracking in the slabs, Kretus recommended its Urethane Polymer Concrete RC as the primer, followed by two coats of pigmented Polyurethane HP Satin UV. The RC allows some movement in the cracked areas.

Topping it off: a moisture-cure aliphatic with high-wear resistance.

“Not every manufacturer can go out and look at every job,” he concludes. “With our company, we’re able to be a little more hands-on. By seeing what the use of the concrete was going to be, we could determine what was needed for that specific place.” 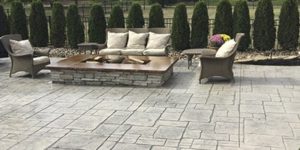 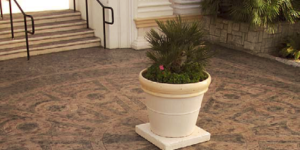 Flatwork Restoration of the Monte Carlo Resort and Casino 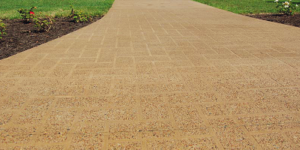