A young Cal Poly team boarded the plane from Toledo to San Luis Obispo after a deflating loss to Bowling Green’s football team. A fullback named Roger Kelly took his seat somewhere near the middle, having no idea this choice would save his life. Scoring his team’s only touchdown was little consolation; he knew this was a team sport and his team lost. It’s hard to say what he was thinking about as the rest of the team found their seats around him. He was probably thinking of his new family and a five-day-old daughter back home. A new baby, work, college, and football are a lot for anyone to balance. He may have been thinking about how good it was going to be to wipe this day, this loss, off the books and start fresh and new Monday morning. I’m sure whatever he was contemplating was nowhere close to what was about to happen in the next few minutes.

Shortly after take-off, all the aviation advances the Wright brothers had created went wrong. With a loss of power and a partial inversion of the plane, gravity won as it usually does. In less time than the average person can hold their breath, it was over. Nearly half the coaches, teammates, and crew were lost. Most of the ones to survive were severely injured. A long healing process both in body and spirit was the new Cal Poly game plan. Bad news of no survivors was initially reported back home, and then better news of some survivors. News in 1960 traveled at a much slower pace than today. The small community on the central coast of California had suffered a great loss.

Coach Kelly called me and asked if I would install a concrete counter on his new outdoor BBQ. Nearly forty-six years had passed since the crash and the young fullback had traded his cleats for a whistle. Coaching made sense and there was no reason to punish the game he loved. I had installed several areas of stamped concrete over the last few years at the Kelly home and repeat business is what my business is built on. We decided a cast-in-place concrete counter was the best choice for this project.

When the day came to pour the counter, the coach and I visited as the concrete hardened. He brought out sandwiches and we drank milk and talked about family and football. His coaching career was ending and he was weeks away from retiring as a college teacher. He talked of victories, championships, awards, and adversities. He talked of friendships that survived not only the test of time but also tragedy. I could tell a chapter of his life was closing and a new one beginning. I could also tell my countertop was setting and the other half of my sandwich would have to wait. This was nothing new. I asked coach if he had a few football medals of past victories close by. He did, and asked if I wanted to see them. “Yes, I want to place them in the surface of the concrete counter,” I said. Coach passed through the sliding door that separates his patio and living room like a fullback shooting the gap. Even a man that knew little about decorative concrete could see where this was going. I placed four championship medals of his past bowl victories directly in the Amen corner of the counter. The counter made a perfect display of reward and recognition that everyone who works for accomplishment desires. 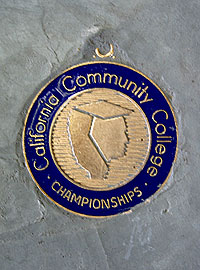 A few weeks have past since I finished coach’s concrete counter. I’m betting he has told me a half dozen times how much he likes it. He says, “Let me know what I owe you for the work,” and I tell him we’ll settle up. He doesn’t realize that I have been paid a thousand times over. What a small sacrifice on my part for the man that gave me my wife, the man my boys know not as coach or teammate but as their papa.

Few things can be personalized like decorative concrete. I’m sure that is what draws me to this business. Think about this the next time you’re laying out a patio, designing a stained entry, or building a concrete counter. What we do is much more than mixing colors and dyes to create something artistic. We are creating areas for families and friends to celebrate life. The fact that we are able to individualize through color and patterns is what makes our industry great. This is a great business to be in.

FOOTNOTE: By the time this article is published, the Cal Poly Mustangs will have started the 2006 season in a new stadium. Part of this new stadium includes a memorial to the 1960 Cal Poly team and their lives. Some of you may very well know the reason Hall of Fame Coach John Madden refuses to fly is because of the loss of friends and teammates during this tragedy. I have had the pleasure to meet most of the surviving players and realize these men have a special bond between them. So, with that said: GO MUSTANGS! 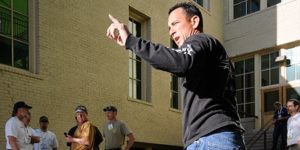 Are You Ready to Be a Project Manager? 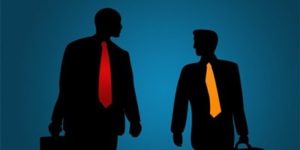 How to Find the Right Salesperson 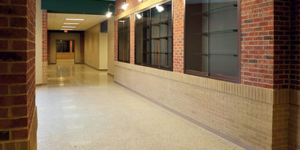