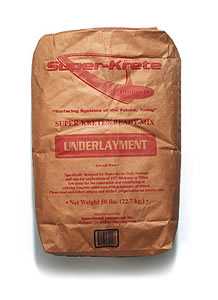 Polymer-modified cementitious overlays are well known for their ability to put new faces on old concrete slabs. Many of these same products can put brand new concrete faces on wood surfaces, both old and new. You can use overlays to create concrete surfaces that run up wood walls. Overlays are also used down wood stairs, over wood countertops, and — more often than not — across wood floors or decks.

The substructure must be well construction to successfully support a cementitious overlay. Wood, with its constant swelling, shrinking, shifting and settling, is already a moving target as far as a cementitious topping is concerned. Flimsy construction or loose floorboards won’t do, since an overlay is only as strong as its base. For outdoor decks — one of the most popular areas for cementitious overlays — this means plywood should be at least ¾ inch with joists every 16 inches. The preference is for tongue-and-groove joints with the plywood securely glued and screwed into place. Where plywood seams meet, block the joist, at the very least.

Cementitious overlays can run from feather thin to several inches thick. In cases where the overlay will exceed 1/2 inch, contractors should consult with a framer. Contractors want to ensure the structure can handle the weight, according to Gordon Pennington, president of Renew-Crete, a manufacturer of overlayment materials that are often used over wood. “You may have to add extra joists to support the overlay material,” he says. “Usually that’s not the case as long as it’s not more than a half-inch thick.” 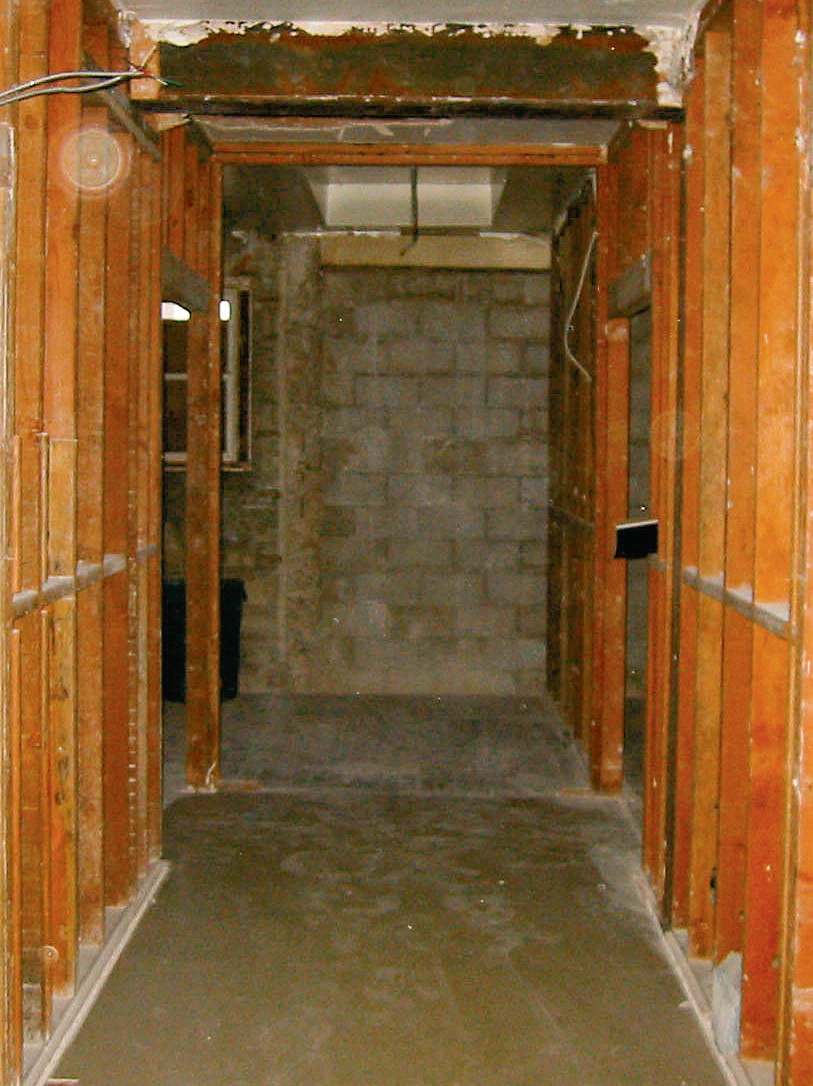 Not all cementitious toppings on the market are recommended for wood. Toppings that are too brittle, particularly some self-levelers, will fail. If the manufacturer does not specify that a topping is for use over wood, that’s a pretty good indication that the product may crack like an egg if you try it.

Even the most flexible toppings, though, aren’t designed for direct application over wood. “I don’t know of any manufacturer who would recommend using any kind of polymer cement overlay directly over wood,” says Gwynn Stegen, chief operations officer for Excellent Coatings. “If you do that, all bets are off and the product might very well fail.”

What the heck do you do, then?

“Take the wood out of the equation entirely,” Stegen says. 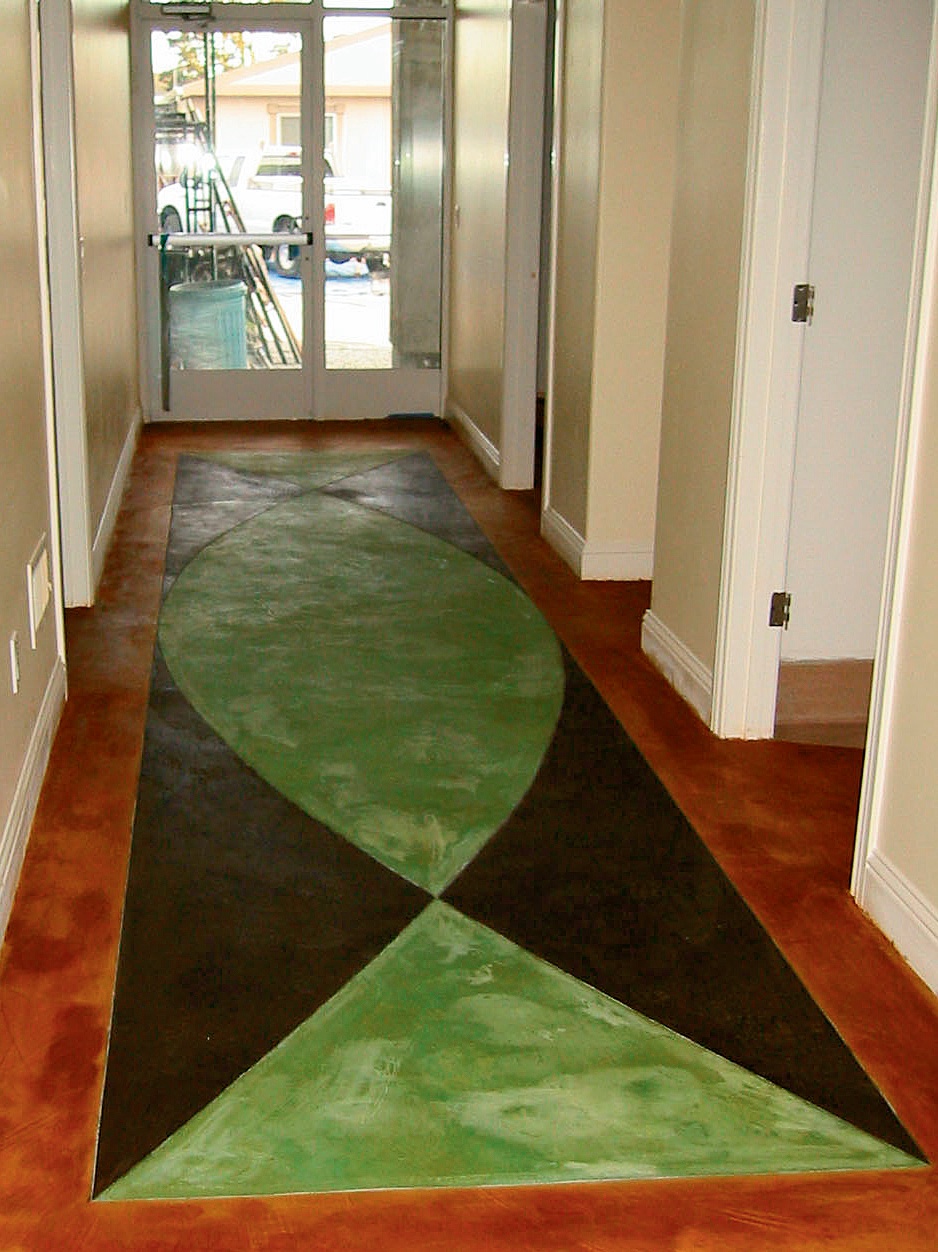 Creating a floating layer between the wood substrate and the overlay helps to achieve this. The layer absorbs the movement of the wood to protect the overlayment from cracking. There are two approaches to creating this shock-absorbing sublayer. One borrows from the time-honored technique of stucco, using expanded metal lath. The other approach borrows the backerboard, or greenboard, used by tile setters.

Troweling or spraying onto lath to create a good bondable surface finish for the coat is typical of lath-based systems that involve underlayment. Some products go on just thick enough to fill the voids in the lath while building up others to several inches is best Thicker can be useful if, say, the framers screwed up and didn’t build slope into a deck to begin with.

Some manufacturers’ wood-overlayment systems include a layer of fiberglass mesh. Flex-C-Ment’s lath-based system, for instance, features 38-inch rolls of fiberglass mesh. This creates a mesh layer that further dampens movement of the wood subfloor. “It creates a sandwich effect,” says Andy Yoder, president of Flex-C-Ment. “You’ve got metal lath on the bottom, fiberglass on top, and cementitious underlayment in the center.”

A moisture barrier is a typical ingredient in the sandwich sitting between the wood and the cementitious overlayment when using lath-based floor systems outdoors and even indoors, sometimes. The moisture barrier serves the dual purpose of stopping moisture from rising and messing with the bond of the topping while at the same time preventing moisture from above from reaching the wood below.

Specialty coatings manufacturer Life Deck has two systems for putting cementitious overlays on decks, one involving a total of five layers and the other with seven. Both involve moisture barriers, but the seven-layer system offers the most extensive waterproofing. Some Life Deck clients, hedging their bets against leaky plumbing and other watery problems, prefer to use extensive waterproofing even indoors, says Whitney Lawrence, marketing manager for Life Deck.

Super-Krete’s system does away with the moisture barrier altogether, since Super-Krete is itself waterproof. “Other systems require a water barrier,” says John Holwitz Sr., Super-Krete’s founder. “The only thing we require are vents if the bottom of the deck is boxed in.” Without vents, trapped air will expand and bow the wood. This will possibly push the cementitious topping beyond its limits. Dry rot is another hazard. Holwitz recommends spacing vents no more than 10 feet apart. 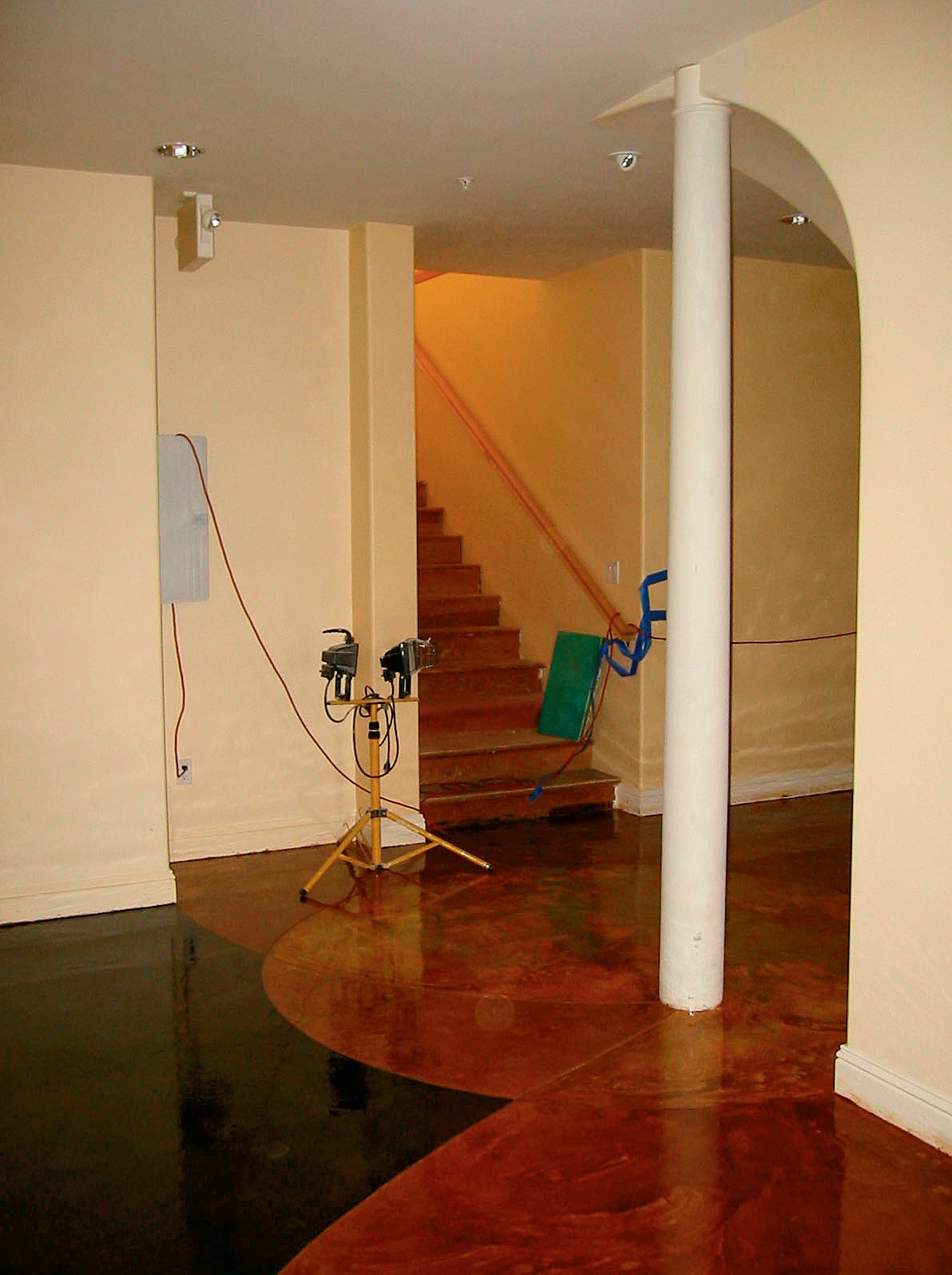 An alternative to lath

Backerboard is the alternative to lath. It creates a floating layer that absorbs the movement of the wood and protects the cementitious overlay from cracking. Super-Krete’s Holwitz prefers backerboard to lath both for its structural qualities. “It gives you a solid, floating surface, rather than a stapled-down rigid surface” — and for the labor-savings gained when you don’t spend time cutting and laying the lath: “It takes a while to staple down all that wire.”

Screws fasten the backerboard to the plywood. Incorporating joints into the design of the floor by either bridging them with fiberglass-reinforced tape, or better yet, honoring them is great practice. If the joints are to be honored, many contractors will opt for 4-by-8 sheets of backerboard, rather than 5-by-8 sheets. With 4-by-8s, the cementitious overlay can easily be scored with a series of 4-foot squares.

With both lath-based and backerboard-based approaches, Joe Francis, general manager of Renew-Crete, advises contractors to put joints in all doorways and on all floors more than 10 feet across. “You should cut joints in doorways because all wood houses will get movement where the walls meet the floors,” he says. “In larger rooms you want to score lines that break the floor into at least 10-foot sections, if not 4-foot sections. This will provide relief from movement, similar to regular concrete.”

In addition to saw-cutting and scoring, decorative treatments of cementitious overlays on wood typically include integral coloring, acid staining, dyeing and stenciling. One thing worth noting about polymer-modified overlays is that they show less variegation than regular concrete when acid-stained. “They take colors more intensely,” says Stegen of Excellent Coatings. “You get almost a solid color. So you have to experiment.”

Mock-ups are indispensable. And trainings, which are widely available throughout the country, aren’t a bad idea either. “There are a lot of good seminars and ‘deminars’ out there. You’ll get a lot of good points,” says contractor Tom Ralston, of Tom Ralston Concrete in Santa Cruz, Calif. “But really the best teacher is experience. The only way to get experience is to do mock-ups. Don’t use your clients as guinea pigs.”

Still, even contractors who have lots of successful overlays under their belts can sometimes run into trouble. It happened to contractor Dave Pettigrew of Diamond D Co. in Capitola, Calif., who recalls spider cracks opening up all over the second floor of an old wooden home that he had covered with a cementitious overlay. Fortunately for Pettigrew, the homeowners saw an aesthetically pleasing contrast between the cracks and the 4-foot grid cut into the floor.

“The people fell in love with it,” Pettigrew says. “They were like, ‘How did you do that?’ Of course, all I could do was grin and say, ‘Experience.'” 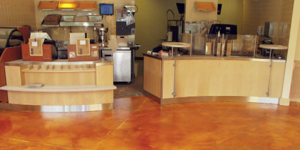 The Science of Thin, Polymer-Modified Toppings 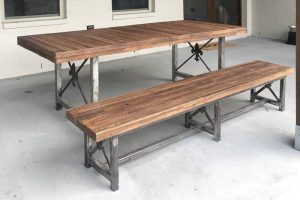