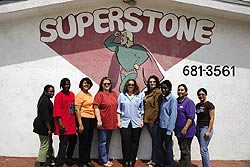 John Buhler started a business in 1961 with a tiny office, a modest warehouse and terrazzo flooring as his business lifeblood. More than 40 years later, his widow, Marguerite, and daughter Janine Flynn are carrying out his legacy in the form of the widely-renowned decorative concrete operation known as Super Stone, Inc.

“My father was a pioneer in the industry,” says Flynn, Super 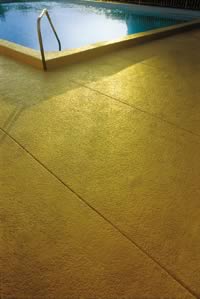 Stone’s chief executive officer. “He was well respected by everybody and helped a lot of manufacturing companies get started. He was a brilliant man.”

Flynn initially worked for her father in Super Stone’s Ft. Lauderdale, Fla., plant, developing color hardeners and release powders. In 1993, she stepped out of the loop to concentrate on raising her children. But in 2001, she heard her calling. “My dad was diagnosed with cancer, but we thought he was in remission,” she recalls. “X-rays first showed five tumors, but then a month later, he had three. He was never in any pain.”

After his diagnosis — and with his mind focused on the future of Super Stone — Buhler told Flynn that he wanted her to take over operations in Opa-locka. “What you’re going to be doing is solving problems,” Flynn says she was told. “I’ll teach you. I want you to start on Monday, March 12 (2001).” On March 1, Buhler called Flynn from The World of Concrete convention in Las Vegas. “He was having dinner, 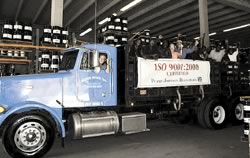 and he said, ‘Janine, I want you to start this Monday, March 5.’ I said, ‘Okay.’ He died the next day. He was in his glory that night in Vegas.” A new chapter in the Super Stone legacy had begun.

A long history of decorative work
Expanding his business from terrazzo flooring, Buhler had begun to produce Epoxy Chattahoochee in the early 1970s and branched out into decorative concrete in the early ‘80s. 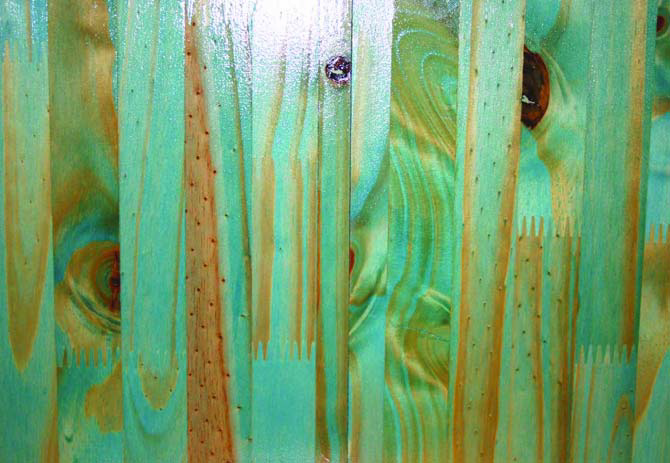 “He saw the change coming,” says Flynn. The Opa-locka location, now located in a 60,000-square-foot manufacturing warehouse, has steadily grown and flourished. In addition, distribution centers in Miami, West Palm Beach, and Las Vegas are thriving, and the company is about to open a fifth store in just a few months, Flynn says.

Super Stone strives to “have it all” for its loyal customers. “We have everything you need for stamped concrete, and then the sealers and the Liquid Bubblegum Release,” says Flynn, proudly adding that her father selected the bubblegum scent used for the product, which is designed to release stamps and mats from concrete. Super Stone also produces clear and pigmented low-gloss sealers, table-top epoxies, and “any supplies and forms you might need for decorative concrete,” says Flynn. 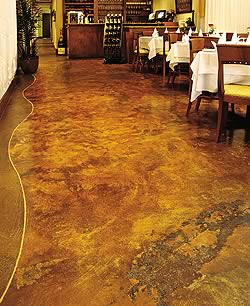 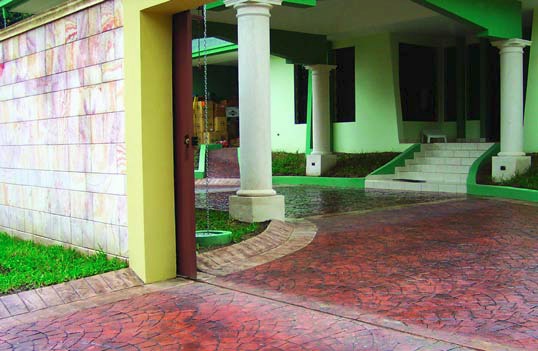 Also prominent within the Super Stone line is Strip It Off, a biodegradable stripper with a light citrus scent. “It removes epoxies, polyurethanes and acrylics, and the fumes won’t kill you,” says Flynn. “I’m selling that by the drum; people are just loving it.” The Super Cleaner Degreaser — which cleans, degreases, etches and is a bond enhancer — is another top seller, and Super Stone’s Color

Hardener chart will soon be expanding. “We’re adding seven new colors to our chart,” says Flynn. “In all, we’ll have 35 now.”

Flynn notes that Epoxy Chattahoochee, popular in the 1970s, is making a comeback. “Some people thought Epoxy Chattahoochee wasn’t good enough, but they weren’t maintaining it properly, so it would break down and come loose,” says Flynn, adding that a quality polyurethane sealer is critical to the epoxy’s effectiveness. “I was in California last September, and they are building new homes with Epoxy Chattahoochee driveways. We have about five different colors.” 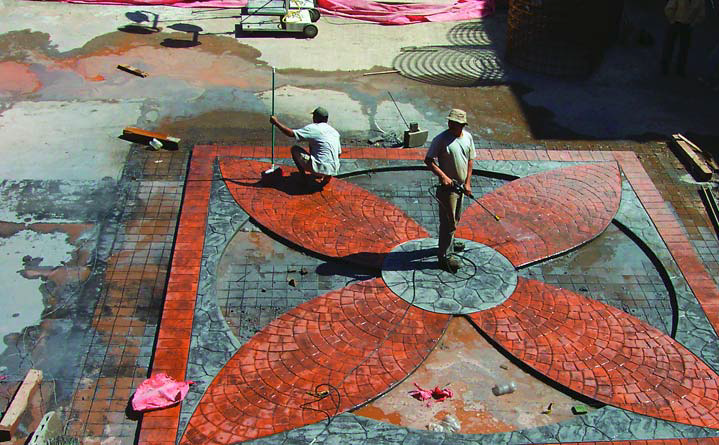 Loyalty among employees and customers alike
Super Stone works with distributors but is not in the installation business. “We don’t like to compete with our own customers,” says Flynn. “It wouldn’t be fair. We could outbid them on every job, and we don’t like that.” Flynn says Super Stone conducts two-day training seminars monthly in Opa-locka and every three months in Las Vegas.

Flynn said employees of some companies often leave after the passing of their organization’s leader. Not so in the case of Super Stone. “That didn’t happen when Dad died,” she says. “One employee has been here 22 years; another one has been with us for 17, and a third one for 15. That says a lot about a company right there. You take care of your people.”

Flynn is also taking care of the South Miami market. “Since I’ve been on board, we’ve opened up a location in South Miami, and it’s rockin’ and rollin’ down there. I was afraid at first; it was the first time I’d done anything like that. But we’re so busy down there, it’s unbelievable.” In addition, the ISO 9001:2000 certification bestowed upon Super Stone in August 2003 is a great source of satisfaction for Flynn. “It took us two years to achieve that goal.”

Tickled pink with success
Also of particular personal pride for Flynn is a product she developed, a water-based, translucent pre-coloring system called Super Hydro-Tone. “It’s great on open concrete, and also on wood because you can see the grains through it,” she says. “It’s a beautiful thing, and it comes in 30 colors.” One of those colors is a shade of pink, her mother’s favorite color. The name of the color? Marguerite. “She loves it,” says Flynn with a laugh.

Super Stone remains dedicated to innovation. “We’re continually working on new things, but I’d rather not say what,” she says. “I don’t want to give the competition a heads-up!”