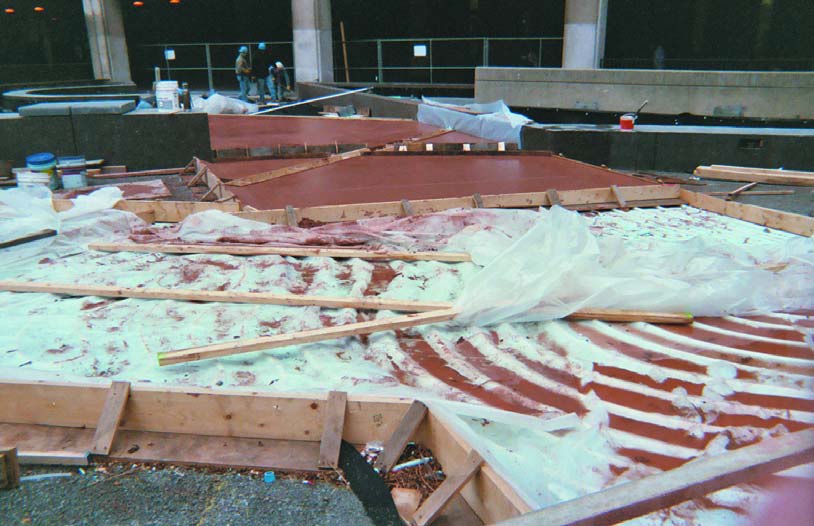 Snowstorms aren’t the best weather for stamping concrete. But heavy snowfall was only part of what crews working on the renovation of Cleveland State University’s Rhodes Tower Plaza had to deal with last winter. There were also freezing rains, howling winds and sub-zero temperatures.

“We got clobbered with bad weather,” says the project’s superintendent, Mike Bechkowiak, of Cold Harbor Building Co., the general contractor. “Some days it was warm enough to rain, and overnight the rain changed to snow. Once it went from rain to literally a foot and a half of snow.” 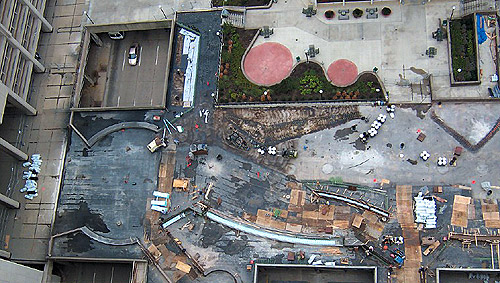 The project’s original summer start date was delayed when the university put the project up for rebidding, Bechkowiak says. That moved the job toward the end of the year and into Cleveland’s notorious winter weather.

“I’ve been around the country and seen a lot of stamping jobs, but I’ve never seen a job done in weather as poor as this,” says Dale Mizer, a representative for the project’s decorative concrete supplier, Chas. E. Phipps Co., who worked closely with the concrete sub-contractor, Union Industrial Contractors. “I think they were crazy for doing it, but the school wanted it done.”

The 37,000-square-foot Rhodes Tower Plaza sits atop a parking garage in the heart of the university’s downtown campus, connecting several buildings. Originally, it was a gray concrete plain with a few trees and shrubs stuck into planters here and there. The redesigned plaza is a much more inviting place, featuring colorful walkways that crisscross each other like search beams and slice through undulating lines and big loops. The pattern reveals itself fully when viewed from the tall campus buildings that look down on it. 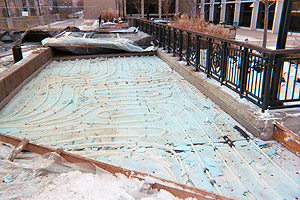 The project features integrally colored concrete sidewalks stamped with Brickform’s Heavy Stone Texture skins and accented with dry shake release colors. Because the plaza serves as the central crossroads of the urban campus, the crew had just a small window of time while students were away on winter break to get the main walkways done.

An indispensable component for stamping in the wicked winter weather was the movable shelter built of two-by-fours and Visqueen. The shelter provided enough room to stamp about 300 square feet at a time. The crew would stamp an area one day, sweep away the extra release agent on the following day, then move the shelter to the next section to be stamped and start again. 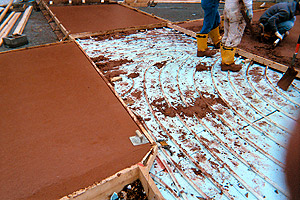 To speed up the process, a non-chloride accelerator was used so the concrete would set more quickly. “The guys were still waiting around four or five hours before they could stamp the concrete, but otherwise they’d have been waiting all day or until the next day,” Mizer says.

Radiant heat tubing was placed beneath the sidewalks as a natural ice-melting system. The tubes sit upon half-inch sheets of extruded polystyrene foam, a lightweight material that the winter winds blowing off Lake Erie redistributed through the city. “There were days when they were trying to lay down the extruded polystyrene foam, and they’d find the product scattered three blocks down the street,” Mizer says. 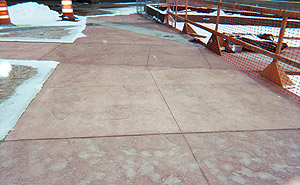 Despite the challenges, the plaza turned out beautifully. “It’s definitely an area where Clevelanders can go and see decorative concrete at its finest,” Mizer says.

And his advice for anyone else crazy enough to undertake a huge stamping job in winter?

“Plan it for summer,” he says. “And if it’s a school project, do it over summer break, not winter break.” 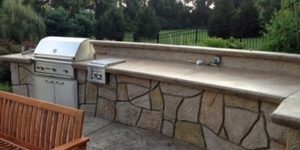 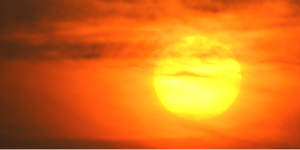 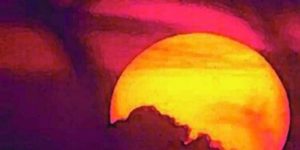