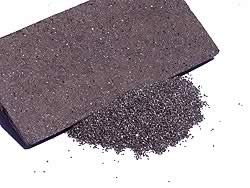 The Sparkle Grain System is an eye-catching, black sparkle concrete finish that can be applied with color hardeners or by itself.It aids with slip resistance and is designed for sidewalks, driveways, ramps, public buildings, wineries, schools, etc., to name a few. It is an iridescent black silicon carbide and has the number 2480 on the Knoop hardness scale which is next to diamond in hardness. It is also non-rusting.

A good method for placement is to use the Sparkle Grain (16 mesh) and mix it in with a topical color hardener and broadcast by hand. Immediately after the surface has been leveled and wood floated, and before the bleed water has appeared the Sparkle Grain should be applied evenly while there is sufficient moisture in the slab to saturate at least two dust on coats. 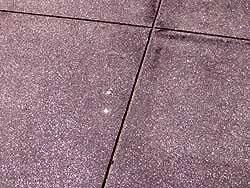