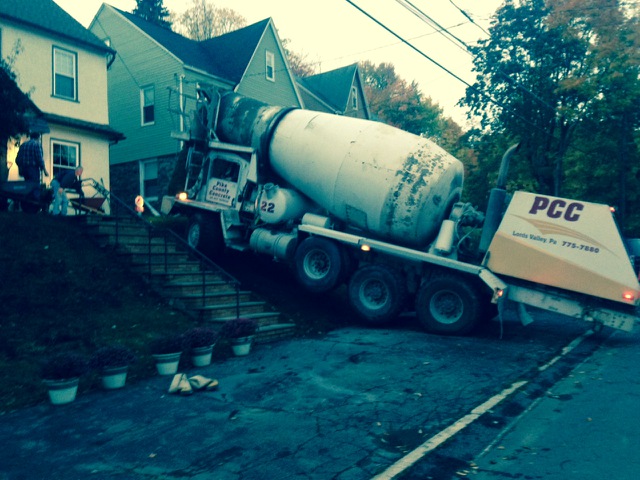 The manhunt for Eric Frein is underway in Pennsylvania’s Poconos Mountains. Frein is the suspect in a shooting that killed a police officer, Corporal Bryon Dickson, and the attempted murder of Trooper Alex Douglass outside the Troop R, Blooming Grove barracks of the Pennsylvania State Police on September 12, 2014.

Corporal Dickson visited Bart Sacco’s workplace at Kingdom Products in Throop, Pennsylvania, a week before he was killed in an ambush shooting by Frein, asking Sacco for a few tips on what would be involved with replacing the sidewalks in front of his home. For Sacco to get the news just a few short days later that he had been murdered was a saddening and shocking turn of events. 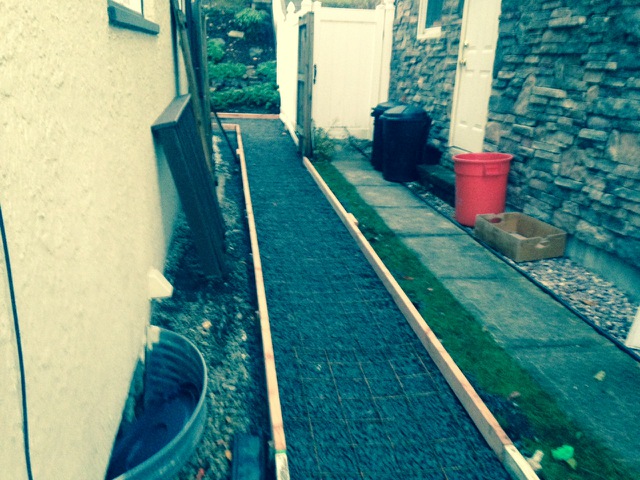 “Corporal Dickson and his wife removed the old walkways with a crowbar and sledgehammer the day before he was assassinated,” says Sacco. “Just a week prior to that he was in my building. I remembered him as soon as I saw his photo in the paper. I never figured at that time I would have had the opportunity to help him in the capacity we did.” Sacco’s wife Linda also recognized him. She’s a pediatric nurse practitioner, and she took care of his children at the doctor’s office she works at.

State Trooper Jim Stroup Sr. and his son Jim Jr. run a family contracting business and they happen to live about 40 miles away from Sacco’s headquarters. “He asked if I could help coordinate local people to do the work,” says Sacco. “He called me to ask about it the day after Bryon was killed.” Sacco didn’t want to leave this sidewalk in its torn-out state, especially as he knew the family was grieving and Dickson had turned to Sacco for advice on how to proceed. 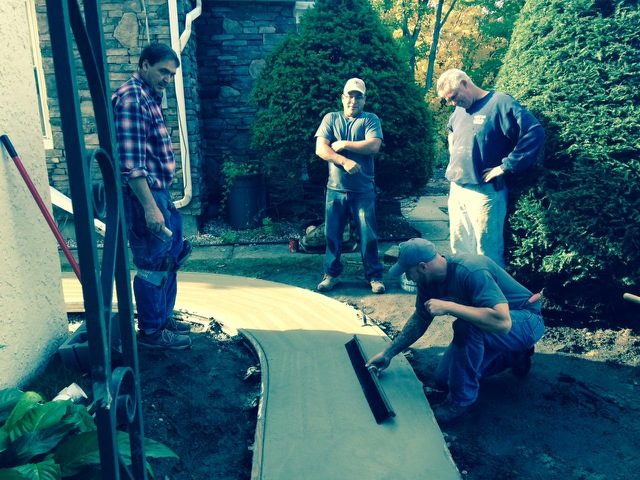 The Stroups poured the small section of walkway from the steps to his front porch before completing the rest of the work, so Bryon’s family, the governor and other officials could make their way into and out of the Dickson home. “We made plans to finish the job once everything calmed down a bit,” says Sacco. “I had the opportunity to line up the donations and get a plan in place to finish the project for Mrs. Dickson. This work was completed 100 percent cost free for the Trooper’s widow. The local guys were happy to pitch in and help on the labor and donate supplies. This was a community project and we were all happy to be involved.” 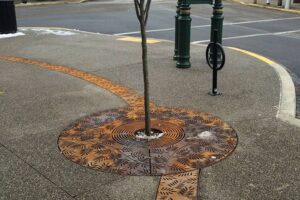 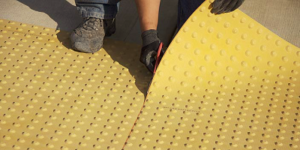 Flexible and Breathable Treads Take Safety To the Next Level