Unlike a fine wine, decorative concrete does not always age well.

And a decade or two after the first massive surge in popularity of decorative concrete, plenty of owners of residential and commercial property are realizing that their patterned, textured and colored concrete does not look like it once did.

One man’s loss can be another man’s gain, though, and so it goes in the decorative concrete business if restoration work has a place in the portfolio.

Just ask Kevin Brown, owner of KB Concrete Staining, in Mira Loma, Calif. He sensed opportunity in the restoration niche because “few were doing it,” he says. The competition was less intense, and “the chances of getting jobs were a lot better. There are lots of people pouring concrete. Not so many are doing restoration.”

Brown started his own business, doing concrete flatwork in 1993, and decided to focus primarily on restoration around 2002 with a new company name, the one he uses today.

Echoing the theme is John F. Pla, president of RestoraCrete, a Los Angeles-based company that has launched a business model focusing on concrete color restoration offered by a network of companies that license the RestoraCrete program of materials and procedures. The network currently totals six businesses, all in California.

“Business is growing,” says Pla, adding that his concept for the company emerged from recognition that the inventory of existing decorative concrete in Southern California was immense — and that this concrete frequently was showing its age, in some cases not that many years after installation. “These homes are just getting older. These are the homes built between 2000 and 2005-2006, coming to an age where the integral color needs a facelift,” Pla says.

Can you bring back the zing?
For RestoraCrete, the typical concrete restoration customer is an owner of a relatively new home of perhaps eight to 15 years of age, with a stamped or other type of decorative concrete surface on the driveway, patio, pool deck or another architectural surface. Integral coloring is the predominant coloring medium, and the owner is looking to bring back the zing, often indicating a preference for a mottled look.

Thus, a specialty for RestoraCrete is an “antique” look, characterized by color contrast and variation, but with predictability so the owner gets the color she chose from samples.

Pla says RestoraCrete follows an approach that begins with a thorough review of various options with the client, ranging from tearing out the decorative surface and installing a new one, which is costly, to a band-aid remedy of applying a new sealer coat for a cosmetic boost. “What will that look like in three, four or five years?” he asks. “Eventually you have to strip it.”

That brings the discussion to the relatively economical but effective option of restoring the color and appearance of the decorative surface itself.

“The challenge is selling the customer on a viable solution, going over the budget aspects and managing expectations,” Pla says. Also crucial is employing a well-trained crew and successfully scaling up an approved color sample to an installed result. This solution is not bargain-basement in cost but delivers real value, Pla submits.

Variation and versatility
Executing the restoration project successfully begins with adequate preparation — removal of any existing sealer, thorough cleaning, and if needed, application of a mild etching product to facilitate stain penetration. RestoraCrete contractors employ a system centered on solid-color, water-based stain, and they add an antiquing effect with application of another product, a translucent stain.

Stripping of existing sealers or coatings is typically done with a biodegradable water-based product. A mild etching product is frequently also employed to facilitate stain penetration. For sealers, RestoraCrete goes with a proprietary nanoacrylic formula or, on garages, driveways or other abrasion-prone surfaces, with an acrylic-urethane version.

Peter Natale, president of Concrete by Design, Fairfield, N.J., is sold on the use of a colored product that’s penetrating, solvent-borne, siloxane-based and water-repellent to restore the appearance of concrete surfaces of various types.

Natale also says he will sometimes use a reduced amount of the color component of his two-part color-restoration product to make the color more transparent. “You’ve got to know how to cut the sealer and colors,” he says.

Brown, of KB Concrete Staining, says a varied palette of stain colors and products give him a range of choices for different surfaces and elements, in solid and translucent shades. He also varies color strength depending on the effect he’s looking to achieve on patterned surfaces or water features such as slides, waterfalls and grottos. He’ll follow application of a solid-color stain with the translucent color to render an antique effect.

Not infrequently, Brown says he finds himself correcting original integral coloring that went off course as a result of treatment with a retarder that etches the surface for a sandblasted look.

“Out here (in California), the sandblast look is popular, but when integral color is involved, it’s rare that the colors come out uniform from one section of the pour to the next. Staining has the advantage of fixing that.”

Dave Pritchard, owner of Pritchard Concrete Inc., in Golden, Colo., follows a similar approach in stripping off sealers and prepping the surface in restoration work, But he’s also partial to a stain system targeted at the restoration market — a water-based, polymer-modified solid-color product that is often used in conjunction with a translucent stain based on the same chemistry. Again, antiquing is the objective.

The stain products are formulated to rejuvenate by minimizing discolorations without altering texture, according to manufacturer literature.

Support during the slump
Natale, of Concrete by Design, says the company’s restoration business has grown in importance in the wake of the Great Recession and a lingering chill in construction. “In the last five years, it’s been a major part of our work,” he says. “It’s people looking to make what they have better without a total redo. Up here in the Northeast, costs can be so high.”

His diversified restoration portfolio includes pools, patios, driveways, walkways, floors and hardscapes. A key to making a success of this niche, he says, is to not oversell it. “If the original was poorly done, you can’t totally fix it. If it was done decently, you can make it look better. A poorly done (original) job may have to be torn out.”

In some cases, an existing sealer over color that has faded moderately can be re-emulsified with a strong solvent to remedy the appearance. Application of a new sealer follows.

“If it’s too far gone you have to strip it and restore it — recolor it or whatever the customer wants to do,” Ogden says. “It’s usually a function of what it costs.”

Ogden says his choices of materials veer toward soy-gel strippers for coating and sealer removal, plus acetone-based dyes for color. Another product — a water-based, high-strength proprietary acrylic stain —gets a solid endorsement for its performance, but must be used differently from other stains. “You can’t rush it,” he says, as it requires 24 to 36 hours to bond completely.

Ogden says he continues to see growth in decorative concrete, but also plenty of failures due to practitioners who rush or don’t do things right, necessitating a fix. Other restoration jobs are the result of DIY projects that go amiss due to a sealer that wasn’t removed or some other application or preparation snafu. Like other restoration pros, Ogden preaches the “educate the customer” mantra. “You have to have good communication with the customer. They’ve had a failure, and you have to be honest with them as to what you can do and can’t do.”

The policy of honesty covers the cost reality, he says. “Restoration is expensive,” he says. “(But) when there’s a bad job and I come in and make it good, then I’m a hero. They spent a lot of money (originally) and are disappointed. I find more and more, particularly in the decorative concrete business, people who invest in it and want to get it back to as good as it was are willing to spend the money.”

Pritchard says restoration work increased in importance for his company during the construction chill that struck in 2009. (Construction is now coming on strong, he notes.)

A good deal of his business emerged two to three years ago in the restoration of basements of older homes. The standard process was grinding the surface, applying a microtopping and then applying a stain.

At Winsol Groundworks, of Sacramento, Calif., the restoration-focused business division called “Tint and Seal” is one of the landscape and hardscape company’s most profitable operations, says Nicholas Winn, chief operating officer.

“It’s a growing market. Just getting the message out is the hardest part,” he says. “These people are so frustrated because they spent tens of thousands of dollars on stamped and colored concrete, and didn’t get the result they hoped for.”

The problems are often evident just two to five years after installation, but he’s seen them within just a year’s time. Part of the blame can be traced to ultra-low VOC-content requirements for sealers in California, he says. “That’s why we do a scope of work with clients ahead of time, and discuss expectations and color, making sure the client knows what the color will be. We do a free sample and build it into the cost of the project. It’s so crucial, because things can go south on you if they are not happy with the color.”

Winn says that until about a year ago, lingering economic weakness continued to put a squeeze on client budgets, and they pressed for premium services at discount prices. “We are seeing that turn around, but it’s still a struggle,” he says.

Like other restoration contractors, Winsol Groundworks tends to stay with a system of color-restoration materials from a single manufacturer, although the company is also sold on a second supplier’s iron oxide-colored line of water- and solvent-based translucent stains that are designed to produce the much-coveted antiquing effect. 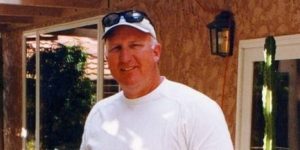 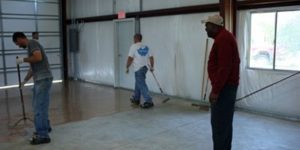 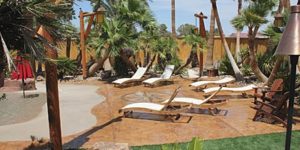