Applying concrete sealer is not rocket science, but it is a complicated process, says Jim Glessner of GST International LLC in Sparks, Nev.

“How you apply concrete sealer depends on what kind of sealer you are using and the type of concrete you’re working with,” he says. “You need to figure out what is the right product for the job and the right application method.”

Even the particular brand of sealer makes a difference, he adds.

“You want to make sure you put on the correct amount of material, the suggested square footage per manufacturer’s recommendation, as problems can occur when you don’t,” says Clifford Platt, vice president of Vexcon Chemicals Inc. in Philadelphia, Pa.

“Certain sealers are better applied by spray because they are not formulated for rolling,” says Dean Owen, president of Arizona Polymer Flooring Inc. in Glendale, Ariz. “This is usually a function of the solvents used in the formulation. Slow-evaporating solvents are better for rolling. If the product is sprayed, I like to back-roll on the primer (first) application. This works the material into the surface and improves the adhesion.”“Most decorative contractors, when doing a large area, prefer the spray/back-roll method,” Platt says. 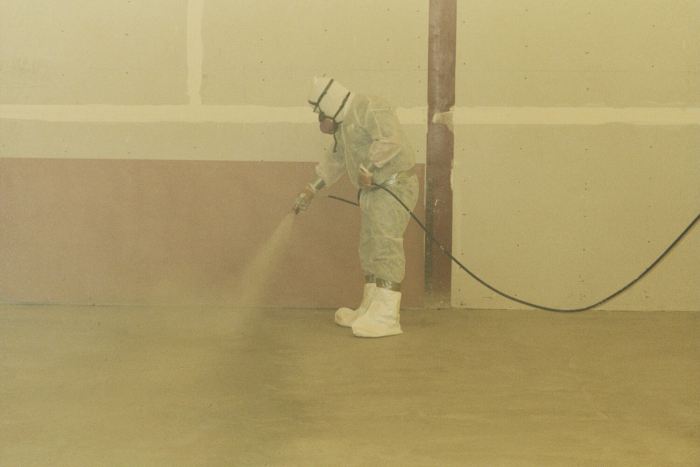 When applying the sealer, the layers should be thin, says Bart Sacco, president of Concrete Texturing Tool and Supply in Throop, Pa.

“When rolling a sealer, more material is applied if you dip the roller more often and put the roller down next to the last area rolled, rather than leave 1 to 2 feet of space to be filled,” Owen says. “Using a longer nap roller cover helps apply more volume of material.”

When you seal the concrete can be as important as how you apply the sealer, according to Sacco. What often happens, he says, powerwashing the concrete happens early in the day.

Whether spraying or rolling the sealer on the surface, you must clean the concrete beforehand. Scott Wyatt, director of technical services for Floric Polytech in Rancho Cucamonga, Calif., suggests using a very light degreaser, followed by lots of water for interior concrete and a light acid solution with a thorough powerwashing for exterior surfaces. 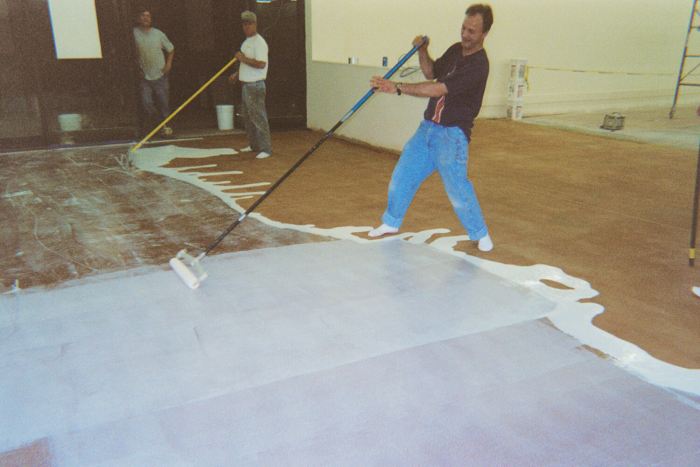 “You want it very clean, but it must also be very dry,” he says. “You don’t want to seal wet concrete.”

Applying sealer to wet concrete will cause problems, adds Sacco, as the sealer can fog up. Sacco also suggests that once the concrete is completely dry, avoid applying the sealer during the heat of the day. What often happens, he says, is concrete cleaning happens in the morning and then it is dry around midday. However, applying the sealer when the sun is directly overhead can give the sealer a plastic sheen. He recommends waiting until later in the afternoon to apply sealer.

Two other serious problems are underapplication and overapplication of the sealer. Underapplying is the less serious of the two. It usually happens because the person applying the sealer is either not paying close attention to his work or he’s trying to save on sealer by spreading it too thin.

“When you underapply,” says Glessner, “you lose the benefits of having a sealer. Diminishing he life of the surface.” Underapplying sealer can also result in streaks and light and dark spots. 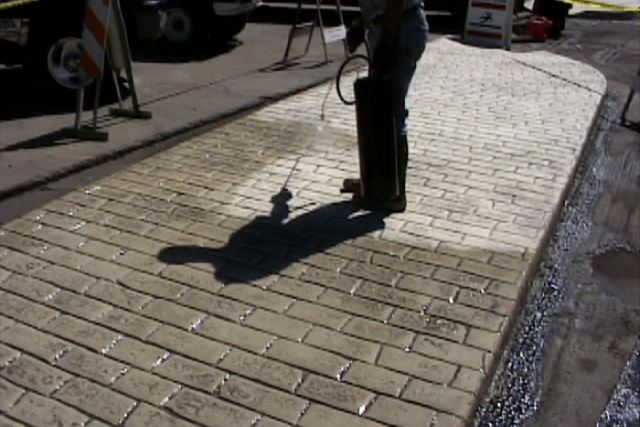 To avoid underapplying, determine the square footage of the workspace and then follow the directions on the can. Fixing this problem is relatively simple — apply another coat of sealer.

Overapplying is more common and more problematic. Overapplication can lead to bubbling from outgassing or create a milky fog on the concrete. It can result in peeling or slow the drying process.

The best way to avoid overapplying, says Wyatt, is with lots of practice and experience, as well as learning from someone who has a lot of experience. Glessner adds that while applying it you should designate someone should to take care of excess sealer. Using the right equipment for the sealer also helps to prevent overapplying. 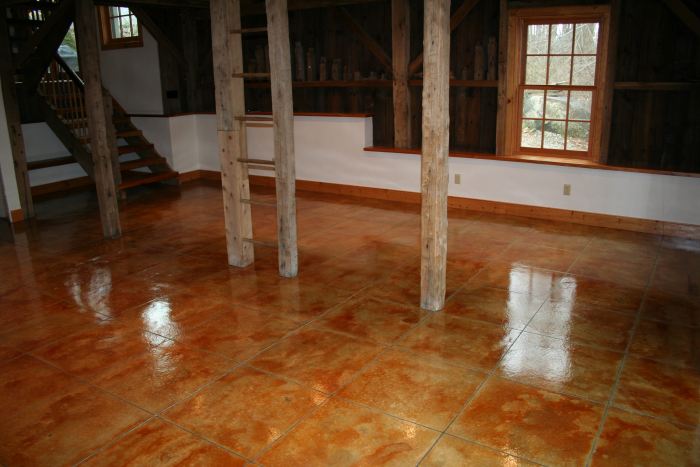 There is some disagreement as to how to fix over application. Wyatt says it depends on the situation, that sometimes spraying and back-rolling fixes it. However, often you need to strip the sealer and start the process over. Sacco also says stripping is usually the fix.

But Glessner says to thin the film with a solvent wash. “Applying sealer is very individual,” he notes. 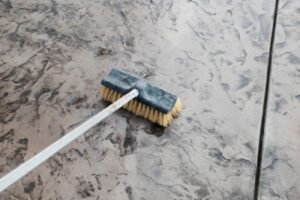 The Difference Between Sealing and Resealing Decorative Concrete 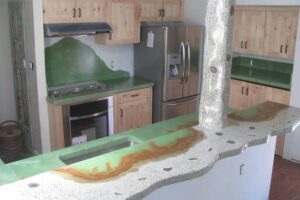 How a Sealer Gets New Life in the Decorative Concrete Industry 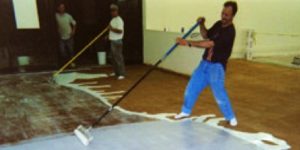