Member contractors can enter 13 primary categories, which are mostly divided by size: projects less than 5,000 square feet and those 5,000 square feet and more. Judges may award a first and second place in each category. In some cases, there is a first place awarded, but no second based on the judges’ decision.

This year’s best overall project— the WOW! Award— was given to Sundeck of San Antonio in Texas for Mission Concepcion Park, also in San Antonio.

The park, also known as River Return, was designed by environmental artist Stacy Levy. Her design features a walkway that mimics the river’s eddy and swirls that morph into a stylistic version of the frescos within Mission Concepcion. The concrete was first acid stained before the contractor spent months using a needle scaler to partially remove the surface of the concrete to expose the aggregate.

“As you walk into the park you’re being brought in by these swirling vortices of walls,” says Levy. “It’s an architecture that relates more to the way nature moves, with curving lines.” Not to mention, it’s great fun for kids to run around in, she adds.

River Return is at the northernmost end of Mission Reach and likely the first place to be encountered by visitors. The project took about a year to complete.

The DAR project at East Palomar Street in Chula Vista involves 133,000 square feet of pervious concrete and 21,000 square feet of Lithocrete. T.B. Penick crews worked with CalTrans’s pervious mix design in lieu of their own. They had to use a telescopic belt conveyor and occasionally had stuck trucks due to the subgrade bed. 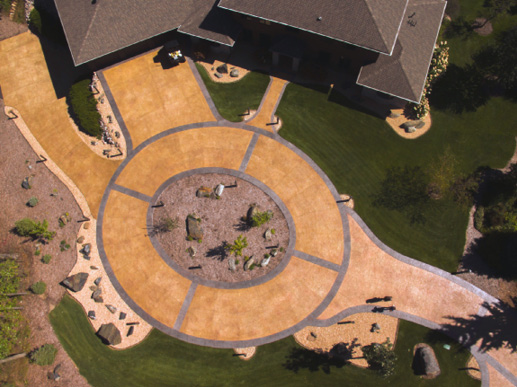 This home’s slopes called for more complex forming than your typical driveway. The 13,000-square-foot heated driveway and walkway, along with 25,000 square feet of unheated paving, required about 600 cubic yards of integrally colored concrete. Note the consistency of color and texture in this project and how well the coloring complements the natural surroundings. 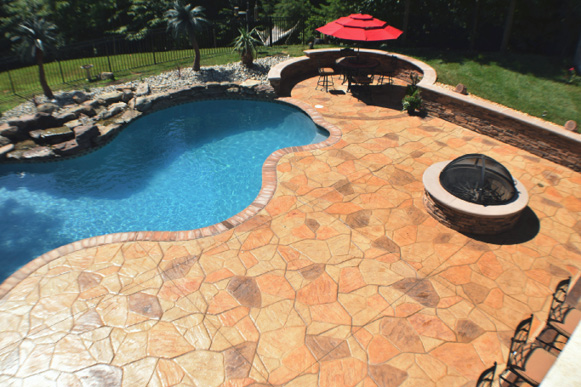 The homeowners wanted a family-friendly environment where they could entertain and relax. The contractor delivered a sophisticated and stylish backyard transformation, despite an 18-foot elevation difference from one side of the yard to the other. The makeover envelops a stamped concrete pool deck with a fireplace, fire pit, outdoor kitchen, pavilion, and sitting and retaining walls. 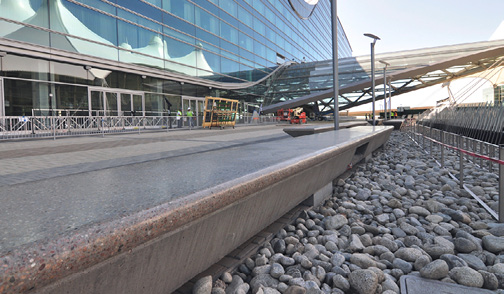 Abundant challenges had to be overcome with this nontraditional polishing project on an elevated airport deck that involved straight and curved bench seating, some with electrical boxes and integrated wiring. Custom-made Styrofoam forms and blockouts were made and special equipment used to polish the bull nose edges and tops of each bench. 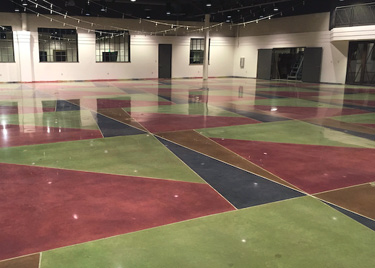 Remaining open while the floor was installed and finished to an 800-grit was part of this project’s challenge. The crisp, detailed line work required more than 2 miles of tape and plastic. The new section’s colors and pattern were achieved with a four-dye combination to match the existing floors. 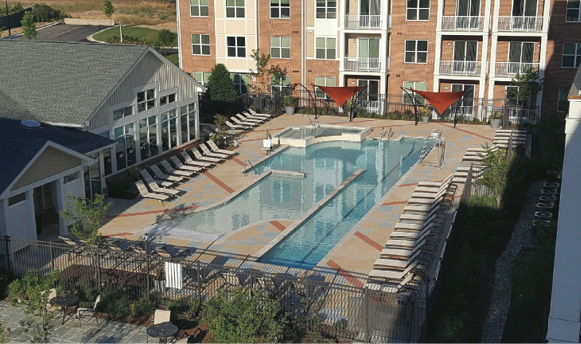 A colorful design was central to this upscale apartment community in Northern Virginia. Although the judges disliked the chosen colors, they applauded the significant details in the project’s layout and design. They cited the overlayment texturing as “textbook” and were impressed how the running patterns continued across the pool to maintain consistency. 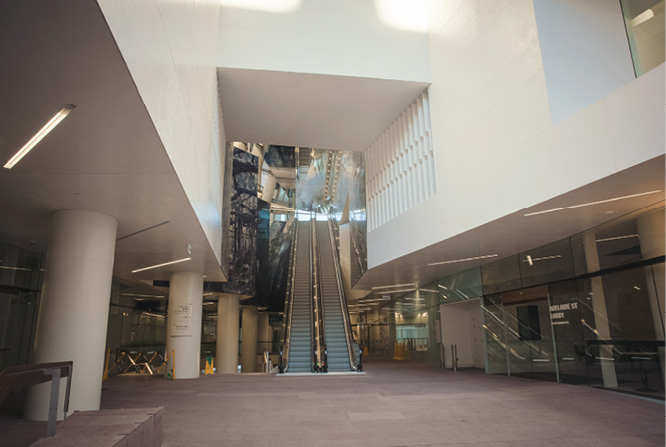 More than 37,000 square feet of wall and ceiling in a 32-story office tower in Brisbane, Australia, was resurfaced with panDomo, an overlay made by Ardex. The decorative plaster-like material was skillfully applied by a crew of eight, who managed to maintain a consistent texturing style throughout the interior expanse. The judges noted this was no easy feat. 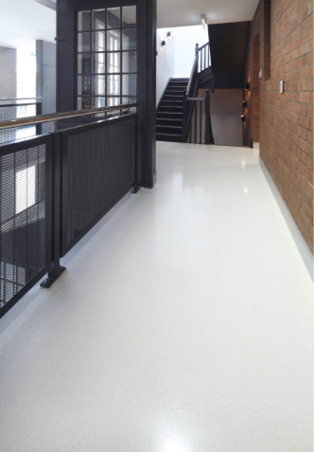 This four-level urban fire station doubled in size as the project carefully blended new with old. As a historic-listed Heritage building, existing finishes had to be protected and left intact and a new overlayment installed that would all work together. Material delays were plenty and the polishing tedious to create the correct amount of aggregate exposure. 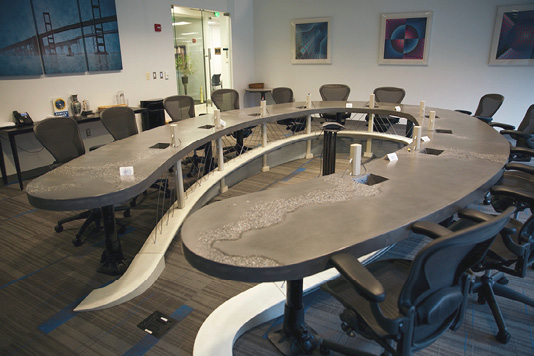 This 17-by-11-foot table serves as the centerpiece of a new corporate headquarters, with ample seating room for a dozen or more. The Millau Viaduct bridge in southern France inspired the owners to commission the over-the-top executive table. 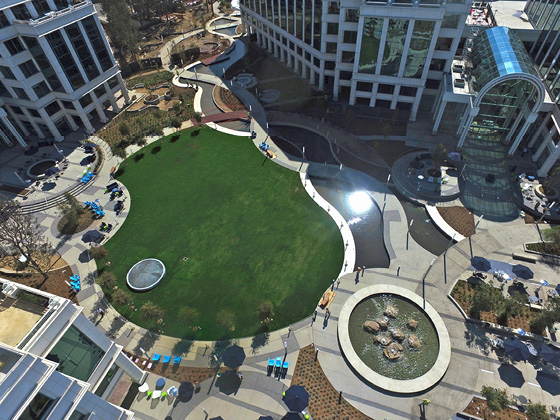 With a goal to decrease water usage by half and modernize an outdoor entertainment area, the contractor placed 3,800 yards and built three water features. Materials used include LED lights, white cement, seeded mica and glass, Presto Wall finish, integral colors and light washes. The overall design merged basic colors and finishes with a few elegant applications for a fantastic outcome. 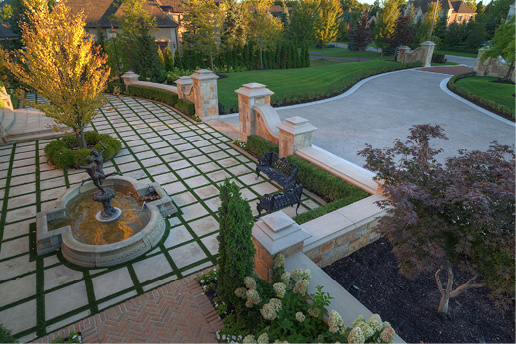 Citing how well the design and material choices complement the house, judges also loved how this project used grass borders on the courtyard patio to create a softness around so many hardscape features. About 3,000 square feet of concrete was placed for the driveway, with the bands poured separately and finished with a limestonetexture.

An iconic fixture on the Las Vegas strip, the Fashion Show Mall required special attention to logistics and details with the area’s constant temperature fluctuations. Some 18,000 square feet of poured-in-place and precast concrete walls and benches lined the walkways and featured a proprietary troweled-on finish that complemented the quarried stoneflatwork. 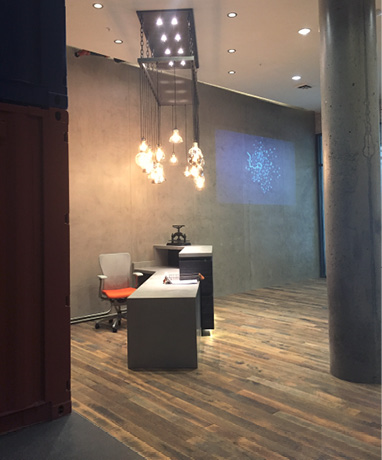 Located in Washington, D.C., where the modern concrete look is very popular, a downtown facility’s makeover started with a cementitious wall finish and detailed, sealed columns. The application included multiple layers of cementitious plaster with integral color and hard troweling. The cost-effective finish celebrated the look and feel of concrete throughout the project’s common areas. 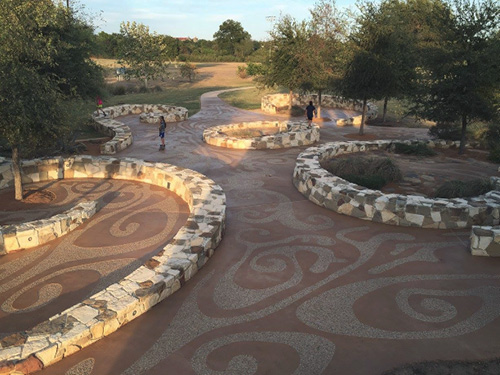 A combination of sandblasting and acid stain in a 7,000-square-foot area creates a swirled design that mimics the motion of the eddies of the San Antonio River. The acid stain was applied first, followed by months of needle scaling to remove the concrete’s surface. The surface had to be durable enough to withstand constant bike and foot traffic. 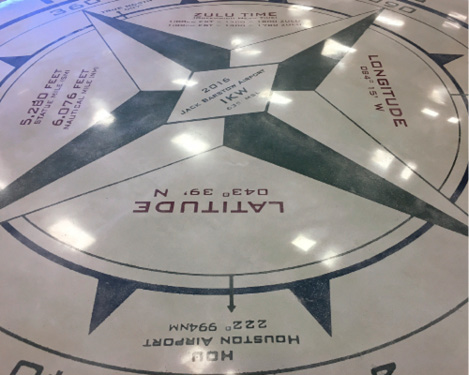 The intricate details in the 8,500-pound compass rose at the Barstow Airport has received citations from Congress and Michigan’s attorney general, and was largely responsible for Michigan naming the facility Airport of the Year. As the key piece for the airport’s new education attraction, the compass rose exceeded everyone’s expectations in all areas of craftsmanship. 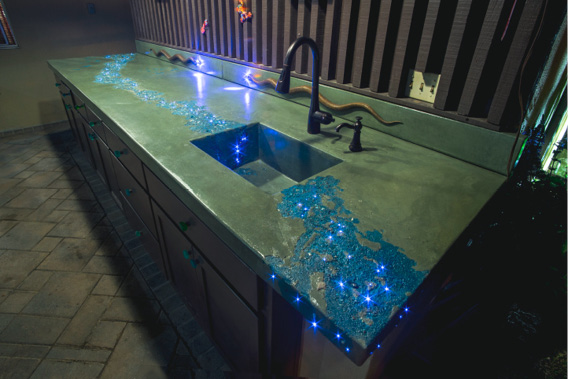 The treatments in this home were the result of a year-long effort that conjure up images of an Indiana Jones thriller. Countertops have blue veins and more than 300 individual fiber optics that twinkle like stars. Large bronze snakes with blue LED eyes slither across green backsplashes. A fire pit outside includes smaller bronze snakes, also with LED-glowing eyes. 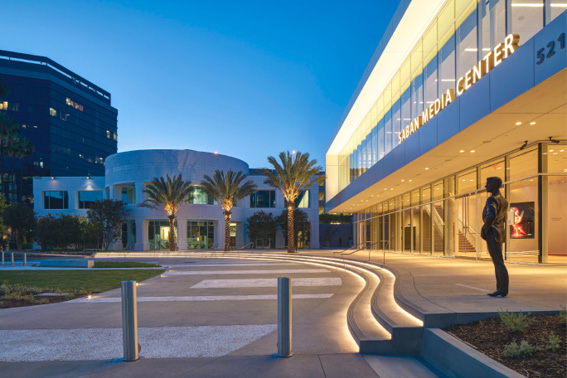 A new landmark building on the Television Academy campus in Anaheim features a state-of-the-art theater commemorating the academy’s 70th anniversary. The theater and media center feature radius stairs, planter walls, curbs and nearly 15,000 square feet of sand-finished paving with alternating bands of hand-seeded white aggregate. This is the second consecutive year that Trademark has won this category. 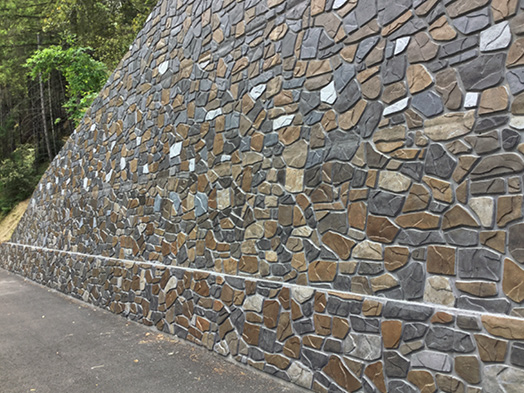 Along a curve next to a well-traveled two-lane highway, an 11,500-square-foot concrete retaining wall features stones of many colors. The wall, that ranges in height from 5 feet to 48 feet, features “rocks” that were colored by hand with a primary color and at least one secondary color. Five different colors of stain were used for this project. 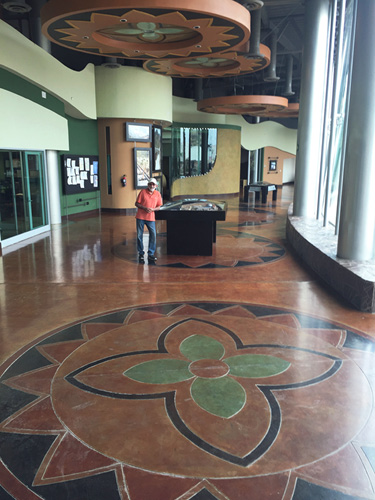 A combination installation/training program in Sonora, Mexico, the museum project kicked off at a World of Concrete and was led by Julio Hallack. School of Architecture students at the University of Sonora created the floor by mimicking the Seri Indian design seen in the ceiling lights. The building remained open during installation, which made it difficult to keep the floor clean.

New for 2017, the Decorative Environmental Award recognizes projects that combine function and aesthetics that are environmentally friendly. This category’s first winning project spotlights Battery East, where the National Parks Conservancy added pedestrian and bike paths, stadium-style seating and accessible viewing areas so visitors could enjoy the park’s stunning vistas. The work was done in anticipation of the 75th anniversary of the Golden Gate Bridge.

To comply with California’s new sustainability regulations, T.B. Penick chose a permeable paving material that would reduce storm water runoff but still be durable enough to deal with 7,000 daily visitors. 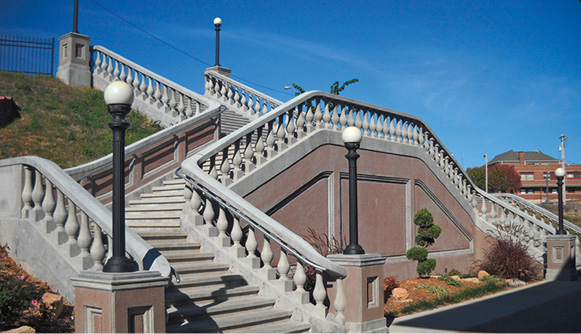 The contractor duplicated the Grand Railroad depot staircase, a gateway between the depot and Main Street in downtown Poplar Bluff, Missouri, with only the measurements of a deteriorated staircase. Great lengths were taken to create molds of the Grand staircase listed on the National Historic Register and deliver a product to match the original design and artwork. 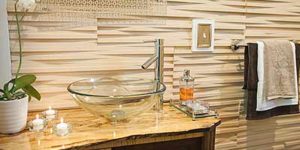 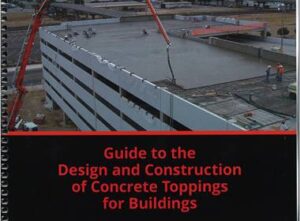 Guide to the Design and Construction of Concrete Toppings for Buildings