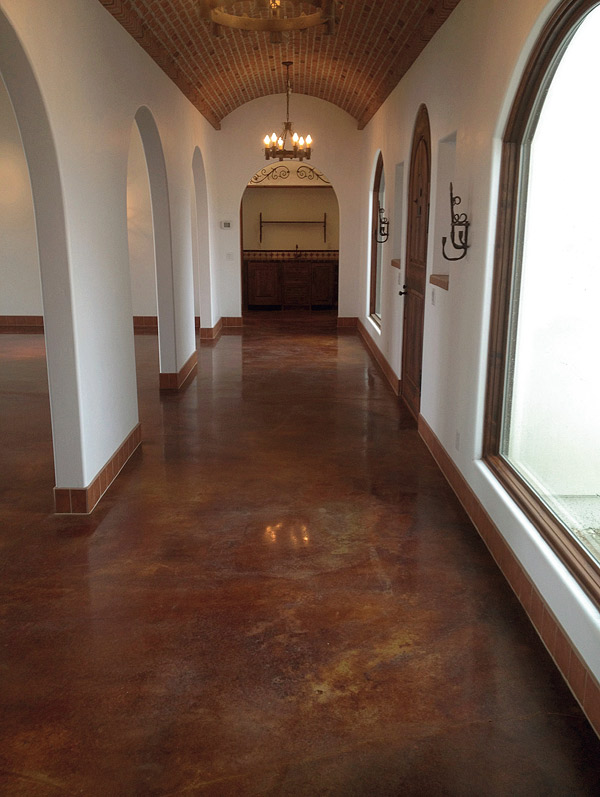 Decorative concrete is more than an occupation or a career for Cory Hanneman. It gave him direction at a time when he needed a compass.

“Decorative concrete utterly changed my life,” says Hanneman. “Until I was inspired by this trade, I was a classic underachiever. It was 2006, and I was in my sixth or seventh year of undergraduate studies of mathematics at the University of Nevada. I was nearly pulling straight A’s but had no reason why.”

By that time Hanneman had married a nice girl from Texas, had two young children, and “urgently needed to figure out what I was going to do when I grew up.”

Working at a Vegas hotel, he heard about another employee’s plans to stain the concrete floor of a house he was having built. Hanneman, who was making a few extra dollars laboring in concrete construction work, immediately liked what he saw.

“As an amateur mathematician, concepts were a big deal and that one captivated me,” he says. “The idea of meeting such a basic human need (flooring) in such a cool way totally turned me on.”

The day-to-day challenge of creating value remains a turn-on for Hanneman, 36, who applies this philosophy to his work as owner and chief operating officer of Element7 Concrete Flooring, a decorative concrete business based in Marble Falls, Texas.

“The idea of putting something into a home that would not have to be replaced … that whole concept really resonated with me,” he says.

Other than his taste of concrete construction in Vegas, Hanneman started at square one when he acquired a business called Texas Etch & Score Inc. in 2006. A Texas native, his wife Shelly had seen an advertisement for the company in searching for business opportunities back home. It didn’t hurt that Marble Falls is situated west of Austin in the Highland Lakes region of the Texas Hill Country, a part of the state that held great appeal for the couple.

In 2007, Hanneman changed the company’s name to Element7, both to reflect a broader range and because he “grew weary of being referred to as Texas Etch-a-Sketch, Texas Tech and Soar, Texas Itchin’ Soar.”

Hanneman, then 29, was hitting the books studying the craft and business of decorative concrete as he began to chart a course for his new venture. “I took the academic rigor of proving theorems to the study of decorative concrete,” he says. “I enrolled in every training program I could. I read through massive stacks of Concrete Decor back issues. I read, re-read and made heavy notes in Bob Harris’s books, Gaye Goodman’s binders, and dozens of ACI papers and material technical data sheets.”

A quick learner since being designated a “gifted” student at age 11, this onetime wannabe-professional skateboarder, sheet-metal worker, bellhop, swimming-pool repairman and beef-jerky factory worker has tripled the sales of his decorative-concrete venture in just a few short years, while expanding it from a one-man show to a team of eight employees.

Creating value
Learning the science of decorative concrete from the best books and top minds in the trade doesn’t necessarily translate into mastery of the art. Yes, Element7 does its homework in the technical and application departments. But the company also deviates from the norm in embracing a “reverse mindset” of wanting to create value rather than simply scramble to book more jobs.

At Element7, the focus is on the long-term value of the result. In practice, this means an emphasis on methods and materials that contribute to durability, serviceability and what Hanneman calls “timeless, restrained design.”

Polishing, staining, saw-cutting of patterns, stamping, precasting and, to a lesser degree, stenciled medallions are Element7 specialties. Polished and stained floors are the engine that drives the business, accounting for roughly 80 percent of its workload. Overlays and countertops account for about 10 percent each.

For Hanneman, polished and stained concrete have no peers.

“People need homes, homes need floors, and there is nothing on earth less likely to wear out or fall out of style than polished concrete flooring,” Hanneman says in a recently issued vision statement for Element7.

“I’ve joked with our customers that concrete flooring does not wear out, that the house could flood or burn to the ground and the concrete would still be there,” he says.

That boast was put to the test when a custom-built home with scored and stained floors was destroyed by fire. The slab was charred and discolored, but the owners heard from a previous Element7 client that the company “seemed to be able to deliver a first-class floor no matter what was thrown at us,” Hanneman says.

“We processed the slab with a pair of HTC 500s, re-cut the score lines — as there was so much grinding that many of them disappeared — stained and finished it,” he says. The crew employed poultices, detergents, wet grinding and “some clever patching,” and the resulting finished floor “is arguably better than it was before the fire.” The patching process involved the use of five self-consolidating concrete mixes, two homemade, he says.

No fake rocks
Acid staining gets Hanneman’s vote as the best coloring method for concrete. “Though some of the new dyes are incredibly UV-stable, we believe that the colors created by chemical staining, although less predictable and consistent, are more timeless,” he explains. “Pigment colors go in and out of fashion, but the metallic salts of stones and stained concrete look good regardless of what they are paired with or what is trending.”

Other techniques also reflect the company’s take on sustainability and timeless design.

“We saw-cut a lot of our floors, but we try to steer our customers to patterns that look like great scored and stained concrete rather than mimicking other surfaces,” he says. The concept of timeless design means using materials “honestly, but in a novel way.” He cites as inspiration the reconstruction of the Ahwahnee Hotel in Yosemite National Park in the 1920s, where concrete was made to exhibit a wooden look but, in his opinion, is still obviously concrete cast against wood.

“We love to stamp with texture skins and then either leave it as a monolithic slab or saw-cut a pattern unique to concrete,” he says. “A lot of artisans make great fake rocks, and we really respect that, but we rarely do that because we feel that real flagstone will be more appreciated decades later. A tight but plausible pattern cut into a slab with an Italian slate or rock-salt finish could be better than either. Rather than a wow factor, we are after work that never goes out of style.

“When we precast, we make pieces that are more sculptural and use the liquid nature of the concrete.”

Maybe it was fate or maybe it was just luck, but Hanneman’s vision for Element7 and decorative concrete appears to be an optimal fit for Llano County and the Highland Lakes area. The area has a rich history of decorative concrete work, he says, pioneered by the developers of Horseshoe Bay, a resort community on Lake Lyndon B. Johnson built in the 1970s. “I have (local) peers and local competitors that have been staining concrete longer than I have been alive,” he notes.

A mission and a message
Hanneman, who places tongue in cheek in calling himself “the underachiever who is now a philosopher/construction worker,” views his endeavor as more than a career and a business. For him, it’s a mission of offering an alternative to carpet or tile, selling the concept of “less” with technologies that optimize the sustainability of concrete flooring.

Hanneman says Element7 strives for a client experience that’s markedly different from the big-box model of “massive selection and predictability.”

“Having a strong reputation in a small market has led me into a lot of situations where I charge to consult on jobs that have gone wrong. Many times, there is not much technically wrong with the work. However, decorative concrete is inherently imperfect and sometimes a bit unpredictable. If the customer doesn’t trust the person doing the work, the nuances can look like errors and the experience falls apart.

“People seem to be conditioned to want variety and then predictable results. By framing the experience correctly, you can set people up to enjoy the serendipity of a decorative concrete project rather than just bring their Wal-Mart mindset to the deal.” 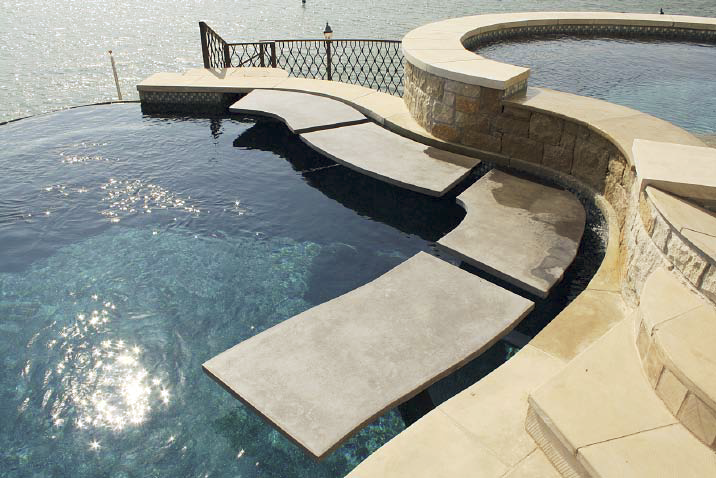 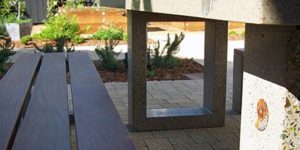 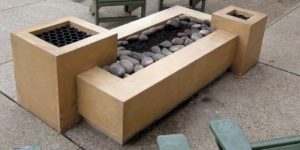