In April 2015 the Concrete Polishing Association of America (CPAA) adopted a new position on the measurement of slip resistance of bonded-abrasive polished concrete floors. This position was taken in light of the continued lack of regulations for walkway-surface slip resistance and to recognize a new, research-based measurement standard being adopted by an increasing number of hard-surface flooring manufacturers.

The position adopted by the CPAA includes use of the test method described in ANSI A 137.1-2012. Research into the slip resistance of bonded-abrasive polished concrete provides strong evidence that this test method is accurate and repeatable. While not yet published in a position statement, the CPAA recommends a minimum wet dynamic coefficient of friction (DCOF) value of 0.42 for acceptance of the bonded-abrasive polished concrete floor when tested using the ANSI A 137.1-2012 test method.

This decision was made after the CPAA board of directors carefully considered a recommendation from its Standards and Specifications Subcommittee on Slip Resistance. That subcommittee had recently completed a seminal study of the slip resistance of unsealed polished concrete at the Tile Council of North America (TCNA) Product Testing Lab at Clemson University. It had been asked to evaluate the appropriateness of the ANSI A 137.1 test method and target threshold for polished concrete.

That six-month study led to a wealth of data indicating that professionally polished concrete offered impressive slip resistance across a full range of aggregate exposure/gloss finish combinations. In fact, the subcommittee found that polished concrete consistently met or exceeded the tough DCOF target threshold of 0.42 established by ANSI A 137.1 for tiles meant to be walked on wet.

The ANSI Standards Development Committee A 108 developed this new test method as part of its national standard specifications for ceramic tile. The slip-resistance measurement method specific to that standard could be applied to more than ceramic flooring and was considered by many to be suitable for all hard-surface floors. That conclusion was reached by the Marble Institute of America and was being evaluated by the National Terrazzo and Mosaic Association.

The methodology’s origin and its 0.42 quantitative threshold was developed after years of intensive research in Germany, Great Britain and other European countries. That research concluded that even the most vulnerable pedestrians could reduce their risk of slipping while walking to one in 1 million (or better) if the “available friction” at the level floor-shoe interface met or exceeded DCOF 0.42. The concept of “available friction” is that, regardless of prevailing conditions (wet, dry, clean, contaminated), the walkway surface should still deliver a certain DCOF to prevent a slip from becoming a slide and possibly a fall.

The available friction required for a pedestrian to not slip-slide-fall can vary depending on the pedestrian’s postural control and level of awareness during walking. Many studies have postulated that the level of required friction may vary from individual to individual and from walkway geometry to geometry (level straight, level turning, inclines, stairs, etc.).

Until the 1990s, the consensus had been that DCOF values between 0.30 and 0.36 were adequate for most of the population. In an effort to establish a target DCOF threshold that not only covers virtually everyone but also limits the risk of slipping on level floors to less than once per 10 years of normal walking, German researchers conducted a three-year study at university and government labs. This study lead to the target threshold of 0.42 DCOF. This number included a margin of safety that considered the risks society will accept in day-to-day activities.
Focused research study needed

The TCNA, secretariat of ANSI A 108, used the German research principles to study how ceramic and like tiles measured up to the DCOF 0.42 target. It concluded that tiles meant to be walked on wet could and should meet that standard. It defined a very specific process to take DCOF measurements and built this into its ANSI A 137.1 standard, which was released in 2012. The CPAA asked itself if that research and measurement method could apply to polished concrete and concluded that focused research should be conducted to come up with an answer. They tasked me and Peter Ermish, general manager of Regan Scientific Instruments, to design and conduct that study.

Using three identical slabs gave the research the strongest possible statistical validity and allowed for anomalies to be excluded that might skew test results. Using a BOT 3000E tribometer, which had been approved for use with the ANSI A-137.1 standard method, lab technicians conducted 144 individual test series, or 36 complete tests for each gloss level. The wetting agent used was mixed to the standard’s exact requirements. The results were reported as averages for the 48 test sections, i.e. 16 sections for each of the three test labs. And those results were impressive.

Every combination of aggregate exposure and gloss level achieved wet DCOF values well in excess of the 0.42 target. They ranged from a low of 0.49 (large aggregate/very high gloss) to a high of 0.58 (cream/low gloss). This implied that even in the presence of high-viscosity contaminants, a polished concrete floor (not otherwise treated) would deliver friction that ranks among the highest of any flooring type. With proper maintenance and cleaning, those floors will consistently meet or exceed pedestrian requirements for normal, safe walking.

Although the category values were averaged from all data points, it’s worth noting that individual test analysis results showed an amazing level of consistency. When the exact process steps as defined by the CPAA and the leading manufacturers, in this case Diamatic, are skillfully followed, there is almost no variability in the slip resistance of the floor.

In statistical terms, the lab reported that all combined aggregate values had a confidence level of more than 99.9 percent. A confidence interval of 95 percent is considered very high. This was the confidence level the CPAA board was looking for. The balloting to adopt the ANSI A 137.1-2012 measurement method produced nearly unanimous approval at the subcommittee, committee and board level.

While the research didn’t include surfaces that might be sealed or coated with protective chemicals, it does establish the high initial slip resistance of polished concrete. To measure the impact of post-polishing coatings, individual products can be tested for their effect on a given polish finish. This testing can be conducted by any of the chemical manufacturers and documented for potential users.

The details of the research study and an analysis of the results were presented to a receptive audience at the 2015 WOC Concrete Polishing Luncheon and Forum back in February. Ermish and I reviewed the important advantages this research, and subsequent adoption of the new ANSI methodology, would give polished concrete contractors nationwide.

A walkway tested and certified to this standard will give the architect/specifier, contractor and owner powerful legal protections against slip and fall litigation. Courts use well-defined criteria to measure whether expert testimony is admissible or not. This has to do with the requirement for proven, scientific methods and the acceptance of those methods in the relevant community, particularly polishing contractors and other flooring manufacturers.

It is imperative that this new CPAA position be adopted by as many contractors as possible, as a unified approach is one of the most critical elements concerning court acceptance. Of course the chain of solid, scientific research, begun in Europe and now advanced by the CPAA, the TCNA, the MIA and others gives this method its greatest strength and momentum. However, each polishing company that implements this testing method will strengthen that critical mass.

In conducting this research and in its willingness to work with other concerned flooring associations, the CPAA has proven its commitment to being a valuable resource for architects, contractors and facility owners/managers needing nonbiased answers surrounding specifying, installing or maintaining polished concrete. More important, the CPAA has demonstrated that safety is and will remain a leading focus for its members. 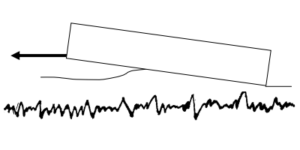 Choosing a Nonslip Additive for Your Floor Coating