Diamond tools, and how they’re used, can make the difference between a profitable polishing job and a not-so-profitable job. So how should contractors select tools that are long lasting and deliver what they want? Read on.

Hard or soft bond?
A set of diamonds starts with metal tools for the initial cut, followed by hybrid tools of various materials that prepare the surface for final polishing with resin tools.

Concrete hardness varies depending on the aggregate available in your area and on how much the slab was troweled. A good way to determine the hardness of concrete is to conduct a Mohs hardness test using a set of specially made scratch pencils. (Use this link to read our article from the May/June 2013 issue about how to do this: http://bit.ly/1ORpvhH)

Andy Schaaf, concrete marketing coordinator with Jon-Don, favors the Scanmaskin series of metal tooling, which goes from 14-16 grit to 120, because the matrix material comes in a range from quadruple soft to quadruple hard, which enables good matching to the hardness of the concrete. To follow that up, Jon-Don also carries a puck-style ceramic hybrid diamond called CrossMaxx, which is private-labeled for the company, and a series of resin pads called Pro-Maxx.

Some polishers are moving away from using metal tooling to cut into the surface, and are instead polishing with resin tools or diamond-impregnated pads and calling it a topical polish or burnish. Although there are specific markets for this type of polishing, which is usually budget-driven, concrete polishing consultant Bob Harris prefers the traditional grinding, honing and polishing approach.

“Full slab refinement (via grinding and honing) gives the best results,” says Harris, senior director of decorative concrete services for Structural Services Inc. This is especially true when the surface has mottling or surface imperfections from the finishing process, he adds. But he understands there are times when topical or cream polishing is necessary.

What grit to start with?
How deep you want to go determines the size of grit you’ll start with, since the size of the biggest chunks of diamond determines how deep the initial scratch pattern will be. “For an exposed aggregate finish you would generally start with a 16-20 grit diamond, for a sand aggregate finish a 40-80, and for a cream polish, where you stay right up on the very top, start with a 150-grit metal bond,” says David Stephenson, president of Polished Concrete Consultants.

When you start the transition stage, with hybrid tools, “Drop back a grit to remove the scratch pattern from the previous grit sequence,” Harris says.

On new construction, where light or no aggregate exposure is desired, Marcus Turek, North American sales manager at SASE Co. says you might start with hybrid instead of metal tools.

The polishing process
After the grinding and transition stages, polishing can be done with conventional resin tools or with pads. John Heidmann, a regional sales specialist with Concrete Polishing Solutions, says his company’s most popular tools for polishing are in the Sektor system, which is numbered steps 1 through 5 instead of by grit and is designed to work with any active planetary grinder (i.e., one where the satellite heads are driven).

Compared with other resin tools, he says, the Sektor tools allow faster coverage on a floor because the grinder is run at top speed (roughly 900 rpm at the satellite heads) with the operator walking about 60 feet per minute — comparable to walking behind a lawn mower, Heidmann says.

Step 5 is comparable to a 3,000-grit polish and can be used on conventional concrete, polishable overlays and cementitious terrazzo. Sektor pads are attached to the machine by a hog’s hair pad, which adds flexibility and helps remove swirl marks from lower-grit polishing tools as you go. They have a waffle-like surface that contacts the floor. Sektor tools are designed to be used after initial grinding with a 30-40 and 60-80 grit metal bond with densification, then a transitional tool such as in CPS’s Mach Series.

Troubleshooting
If polishing isn’t going well, Harris recommends changing the procedure systematically. “If the diamond tooling was not cutting efficiently, I drop down to the next grit sequence as a starting point and consider adding weight to the grinder,” he says.

If this doesn’t help, he suggests switching to a softer bond. “If they’re using the softest bond they have, we’ll mist a little bit of water and cut wet, or reverse the direction of the motor, which can prevent the diamonds from glazing over, since it changes to the other edge of the diamond. In extreme cases, I consider using single-segment diamonds to increase the down pressure to the individual diamond heads,” says Harris.

Schaaf says, “If you turn on the grinder and nothing’s happening, or the tooling is burning through too quickly, that’s the bond. If it’s not aggressive enough, that’s the segment.” Tools with fewer segments apply more pressure to the floor.

Other variables, Schaaf says, are the rpm of the machine and walking speed of the operator. He says initial grinding should start at 500 rpm and increase as grits become finer, with final polishing at 1,400 rpm. Likewise, the operator should walk more slowly when grinding and more quickly when polishing.

Excessive dust, Schaaf says, is a sign that you’ve made too big a jump to a finer grit.

To get a consistent finish between the center of the floor and the edges, Stephenson recommends doing the initial stock-removal grinding of the slab with metal tools before the walls are installed. It’s hard for a person to match the appearance of grinding with metal tools with a hand grinder, even if the same grit is used. But once you get to the polishing stage with resin tools, Stephenson says, it’s easy to match the work of the big grinder with a hand grinder using a pad with the same grit.

You can often use fewer resin passes with the hand grinder than you do with the big grinder, says Harris, as long as there has been clean refinement with all of the metal cuts on the edges.

Grinding the floor before the other building trades start work improves its resistance to chipping, Stephenson says. This is because exposed aggregate transfers the force of a blow over a wider area than surface paste does.

Harris says that although many trainers advocate making just a 4-inch overlap between passes to save time, he recommends a minimum of at least a third of the machine overlap to avoid creating stripes on the floor. On excessively hard concrete, that should be upped to a 50 percent overlap.

A bargain may not be a bargain
If you’re tempted to seek out the cheapest tools, remember this: You don’t always get what you pay for, but you definitely don’t get what you don’t pay for. Stephenson says there’s no standard for how much diamond has to be in tools. “One manufacturer may put 2 tablespoons of 80-grit diamonds into their metallic matrix to make their segment, whereas a very cheap manufacturer puts half a teaspoon of 80-grit diamonds into their metallic matrix, and they both call it an 80-grit diamond,” he says.

You can’t tell how much diamond is in a segment by looking. “You need to evaluate it just like you would a car or any other consumable item: by the quality of the company that’s selling it to you and then by field trial and error,” Stephenson says.

“There are more and more Asian manufacturers that really have no quality control, and they sell really inexpensive tooling. I see a lot of smaller contractors end up choosing a foreign manufacturer that doesn’t have any quality control because they’re $10 cheaper a set, but they may have 60 percent of the diamond. They feel like they’re doing good, but that action results in poor quality projects. The floors don’t get cut as flat or profiled as well.”

Stephenson says the problem is more acute with inexpensive resin bond tools. “They’ll cut down the diamond content and configure the resin to melt faster,” he says. “The diamond might wear away faster, but the floor’s got a great-looking shine because it’s got melted resin on the surface. It looks great at the end of construction, but it wears away very quickly and you get walk paths.”

In addition to the amount of diamond in the matrix, the quality of diamond used affects performance. Turek of SASE Co. says synthetic diamonds are graded for quality, and the lower grades tend to round off instead of shattering to expose new cutting surfaces.

Segment shape
In metal-bond tooling, the shape of the segment doesn’t really matter, Stephenson says, but it has more of an effect with resin-bond tools. “In a resin diamond, the standard post style brings up a really high shine because they have so many pounds per square inch of pressure on the individual point,” he says.

“But if the floor’s not really clean when they start, if they get anything trapped under there, like dye residue or dirt, they start to scratch really bad. A puck style (without) those high pressure points can bring up a good shine. Maybe not as good as the post style, but it’s harder to get those to start scratching the floor. So the industry as a whole has moved toward the puck style.”

Be picky
When you find a brand of tools you like, don’t get too attached. Stephenson says that when he was a contractor, he tested different brands of tools every six months to see which performed best. He said manufacturers are always making slight modifications to their bond materials, for example, and a small change can produce a big change in performance.

“At the end of the day, it’s a very small part of your project,” says Stephenson. “All of your diamond tooling added together is probably 3 percent to 4 percent of the overall cost for your project. Is it worth going to a cheaper product but end up spending more in labor and customer frustration? It’s much more important to have good quality, customer service and a consistent product.” 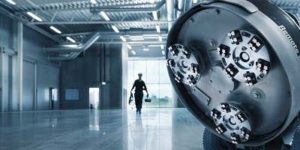 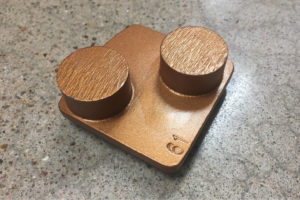 How to Choose Abrasives for Polishing Concrete 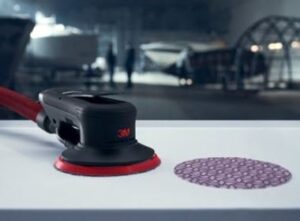