Polished concrete is a lot more than just a shiny floor. Floors that are burnished to a high gloss are considered polished, but of course a lot of work, skill and technique goes into achieving that look.

People who work in industries related to polishing concrete, such as architects and general contractors often have a hard time understanding some aspects of polished concrete. Jim Cuviello of Cuviello Concrete and Terrazzo Polishing in Stevensville, Maryland, created a television-quality video to try and fill in some of these gaps.

“We have found that people ask us things about how polished concrete is manufactured on site, at what point in construction is the best for the polishing process, what is the square footage of area that can be polished at one time, and what are the challenges of the processes in general,” says Cuviello. “This reality TV-based video is entertaining and educational.”

The video covers a 32,000-square-foot polishing and dyeing job for the commissary of the Naval Academy in Annapolis, Maryland. Cuviello takes viewers through the steps to complete this job, starting out with running a concrete saw through the joints to clean them before filling them with polyurea. There is no heat in the building, and the crew is working in temperatures that dipped to near zero. They have to innovate a way to keep the polyurea warm enough that they can have a successful installation. Record low temperatures on day 3, followed by freezing rain on day 4 continued to pile on the challenges.

The video shows the crew scraping off the polyurea to prepare the concrete for grinding, which they spent two days doing. Cuviello talks about the resulting concrete slurry being sucked up by a machine similar to a zamboni. Cuviello’s comments, such as explaining why they need to remove the cement paste layer — so that the sand aggregate is exposed, which in turns allow the color from the dye to set in — makes the process understandable for anyone.

On the 13th day, the floor is too cold to apply the dye. Again, they had to come up with a work-around. Finally, they were able to apply 2 coats of a rich brown color. The floor was ground with an 1,800 grit abrasive.

The last application of chemical protection was applied on the 16th day. Finally, the floor was burnished to help protect the floor from stains. The video shows the crew working hard to finish the job with only hours to spare before they had to finish and hand the workspace over to the general contractor. 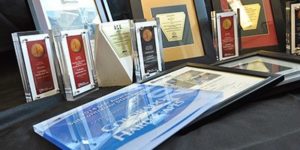 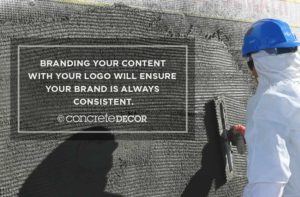 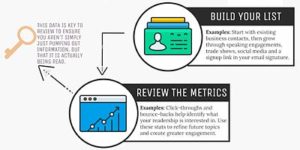 Harness the Power of an Effective E-newsletter