Then my friend the Emeryville, Calif., colorist Tim Caton called. “Mike, I think I’ve got a good one for you.” And he did. This led to a meeting between Tim, myself and Steve Sebastian, representing retailer Restoration Hardware. They had just purchased a really cool building, a modern-day landmark of sorts, in the design district, in San Francisco — the Ed Hardy Antiques building. It was a Tuscan-inspired “small palazzo” or “large estate.” And everything about it shouted terra cotta, or, for you structural guys, pumpkin orange. This included some 5,000 square feet of exterior vertical integrally colored stucco, a couple thousand feet of city sidewalk, similarly colored, and another 6,000 square feet of interior slab (beautifully finished, jointed and grouted), also orange.

“Mike, here it is in a nutshell,” said Steve. “This new space needs to be transformed and open in a month. Are you up to it?”

“And Mike, our branding is most important to us. And our branding color is gray. Cement gray. Get it? This existing terra cotta stuff won’t cut it! But those crazy San Francisco interior designers all know and love this building, so we need to be sensitive to that. We need to maintain the nuances of the original stucco and concrete.”

“Can do! We’ll keep it as transparent and true to the original as possible.”

After talking to Tim I had to make a quick trip back to Winter Park, Fla., to make last-minute touch-ups on the concrete floor of a new museum just prior to its grand opening. Our task had been to art-direct the placement of a new natural gray topping slab, and to subsequently patina it to simulate some 20 years of hard use. In other words, we were turning it from gray to “that special gray.” Ha!

Thank goodness for partners and associates, because as daughter Karley and I meandered back west on a road trip from Florida, Kelley Burnham and Brenda Walz (my new partner) had the Restoration Hardware job under control, and were well on their way to transforming the terra-cotta orange into that special gray.

Gray to color to gray
I’m pretty sure that as a young man, Santa Cruz, Calif., concrete guru Tom Ralston overheard his dad (also a concrete guy) tell a client that any shade of gray was possible as long as you weren’t particular.

I know for sure that my own cement salesman father was politically conservative but a concrete progressive. He strived to instill in me the values of Goldwater and Reagan, but also turned me onto the extravagances of both gray and white cements.

A more recent past: We have light! We have color! California in the mid-1980s: beaches, girls in bikinis, me with hair (at least some hair) and a hot economy. I interview for a sales position at L.M. Scofield Co. with Dick Hodsen (later to become my primary mentor, a great friend and L.M. Scofield corporate vice president). Dick explains that L.M. Scofield is primarily in the business of colored admixtures for decorative concrete. “Of course, you are familiar with these?”

“Of course! In fact, I’d never given them much thought. I’d never given them any thought. I knew about gray and white cements. I’d never even noticed that concrete could be colored. Don’t know quite how it happened or why, but Dick hired me. I’m sure he had no idea what he was in for. Don’t know that I was the best student, but he was one helluva teacher. And L.M. Scofield, under the leadership of the engineering-oriented Arnold family, was quite a school. A real concretist university. A diverse and stimulating place to learn, grow and take advantage of a turbocharged economy and this new, burgeoning market that we now know as colored and textured decorative concrete. With Scofield, color was king. Any color or colors were possible. Pigments, stains, dyes. White, black, grays. Yellows, reds, blues. I felt like Sammy Davis Jr. singing “The Candy Man,” dressed as a Smurf diggin’ for gold at the end of a rainbow … I leave L.M. Scofield and emerge as myself, a new myself: Michael Miller, the concretist. WOW! The colors get richer, and even more saturated. The nuances, even more complex. What a ride!

Markets crash, Obama, and today, a new sensibility: the reemergence of gray.

We have all experienced a paradigm shift. And I don’t know that this was bad. The economy changed. Sensibilities changed, and this included sensibilities of style. Less often were we to be superfluous. Often, we used to stretch our wings and do things because we could, not because we should. Things today seem more basic, more streamlined, and the reemergence of the color gray seems representative of this ideology.

This last month, we completed two more projects for Tim Caton. One, a residence, where the slab was placed with integral color used to produce … natural gray concrete. “You know, Mike, like the skin of a dolphin, like natural gray.” The other, a new prototype store for Restoration Hardware’s Baby & Child, where we placed natural gray concrete which was subsequently dyed and tinted to produce … cement gray that was a much lighter and warmer version of the previous go-round of cement gray. Thank goodness that there is still a place for the concretist! 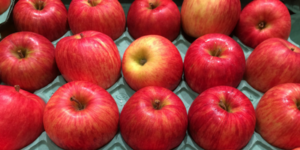 Provide Free Extras Instead of Dropping Your Prices 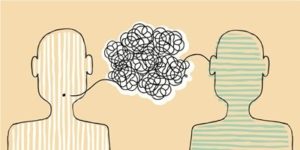 Listening to Your Customers Pays Off in the End 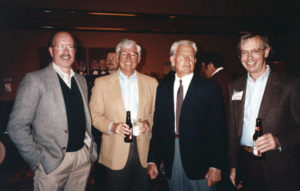 For Bomanite Personal Relationships are Part of the Plan