Let’s face it. People who go into the trades aren’t the types who want to spend time sitting in an office in front of a computer.

It’s no surprise that construction, along with agriculture, has been one of the slowest segments to adopt technological innovations into the workplace. While that will likely change as the generation that has grown up with tablets and smartphones takes over the workplace, what if today’s technology could help people put out a better product faster — today?

Justin Dickey, an adjunct professor in the Concrete Industry Management (CIM) program at Texas State University and a technical sales representative with Leander, Texas-based Tex-Mix Concrete, teaches a class called “Concrete Products Ordering and Scheduling.” He says it’s really all about a very popular topic for anyone working in the industry: Money.

“The kids really like it because it’s all about cost,” he says. “We look at what it costs to haul in the materials to make concrete, what does the mix itself cost, and what it costs to deliver the concrete. Basically, we’re teaching students how to be efficient and count every penny.”

At your command
And, while managing a budget is a skill others have learned over decades in the school of hard knocks, Dickey says his class incorporates software programs such as the widely utilized Microsoft Excel, as well as the more specific Command Alkon, which is written for producers, suppliers, haulers and contractors in the construction trades.

Command Alkon is also a software package Dickey uses in his own job with Tex-Mix.

“When we get to the part of the class that has to do with taking orders and scheduling and figuring out how many trucks we’re going to need to deliver a job, I show the students an example of it,” he says. “I also point out the different things within the software and on the screen and what it all means.”

Dickey is also enthused about a new in-transit concrete management system from GCP Applied Technologies called Verifi that he describes as an on-board quality control system to automate the slump of concrete in transit.

Slump at the forefront
Matthew Nazarenko, Verifi’s global marketing manager, says the main advantage to the technology is that the truck can make additions of water or chemicals to the concrete to achieve the desired slump. That, in turn, means the contractor receives exactly what was ordered, speeding up the pour rate, producing a more predictable set time and completing the job faster.

Additionally, it provides the contractor with vital information about his order in several different ways.

“Every truck is equipped with an external LED display, which shows the slump of the concrete on the job site and gives the contractor feedback on how many revolutions are required to mix the concrete properly if changes are made on-site,” says Nazarenko. “In addition, there’s a mobile application available for our customers to distribute to the contractor or sub which shows job site performance data as well as the real-time location of the truck along with the physical properties of the concrete.”

“It’s not only beneficial from a quality control standpoint and an efficiency standpoint,” says Dickey, “but as a salesperson, I can use it as a selling tool when I’m trying to get a job.”

Communication is key
If that sounds a bit pie-in-the-sky for all but the biggest operations, a San Diego-based company, NoteVault, simply wants people to communicate better on the job site. Heather Dueitt, director of marketing and communications, says while the company’s main app works with more complex management softwares, such as Procore Construction Management, its goal is to have an app that keeps in mind that its users may have few computer skills and English may be their second language.

The reason behind NoteVault, she adds, is the ever-increasing amount of litigation that seems to be growing from construction projects.

“They just log in, click three buttons and they can (orally) document if something’s happened on the job site,” Dueitt explains. “Say there’s a weather delay or the site wasn’t ready when the crew showed up. There might have been a change order. This helps the sub and the general contractor where they need documentation.”

Because they’re recording a report orally, they’ve also found that people are 10 times more likely to outline a problem in detail, and the monthly cost of the app includes transcription of the information by people knowledgeable of the industry who can generate the information in a variety of report forms.

The app also can record data on weather at the site — including a GPS description of the location — and will take photos.

Cost of the app is as low as $29 per month per user, and while Dueitt says the company’s sweet spot is small- or medium-sized operations, “We have some individual clients, especially where it’s one guy who wants to provide his general contractor with a little more information.”

Technology gap
The bigger issue, Dueitt adds, is that there’s a lot of technology out there that would help people in construction, but they aren’t using it.

“There are many amazing things out there, but it’s not having the workers in the field picking it up,” she concludes. “We’re only going to hurt ourselves, and we have to catch up with the times in order not to do that.”

CIM’s Dickey agrees. He sees a huge gap between what technology is used by concrete producers in this country and that used by companies overseas. He notes at least part of that is due to a labor supply here that encourages people to add hourly workers, rather than invest in technology.

“But, I have a customer here who uses a very small crew and can do large jobs with a minimal number of people because they use the latest technology,” he says. “They use laser screeds and gas-powered trowels and their concrete really comes out better.”

Perhaps the fact that four universities around the country are now offering CIM programs is the best indication times are changing. As the son of a concrete contractor, Dickey says he knows they are.

“Just because the work has been done in a certain way for more than 50 years doesn’t mean it’s the best way to do it today,” he concludes. 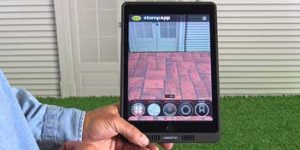