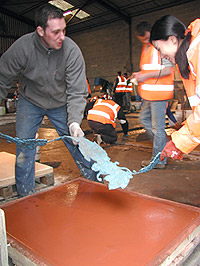 With that said, I’ve got to tell you about a few bone-chilling days I recently spent in the northern township of Boroughbridge, rubbing shoulders with some of England’s better-known contractors. It was the kickoff to Lafarge UK’s Spring 2005 training for decorative concrete professionals.

Leading off Lafarge’s training program were some talented concrete artisans: Jon Anderson and Roger Shroff — product managers for Lafarge UK’s decorative concrete division — as well as Mike Archambault, a long-time friend to many U.S. concrete professionals (and former owner of Arkansas-based Patterned Concrete Industries) who now resides a short distance from Paris. The focus was a demonstration of finishing techniques for concrete surfaces available from Lafarge Decorative Materials, particularly its Bomanite range. 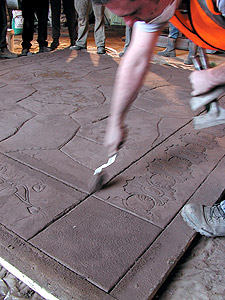 More than 30 contractors and engineers gathered at the Crown Hotel in Boroughbridge, two blocks from a Lafarge ready mix plant. According to Joe Rice-Jones of Done Right Concrete Company, the quality of this training was “smashing.”

“I couldn’t have asked for a better experience,” he said. “I have learned as much in these three days as I could from a mountain of books on the subject.”

Mike and Jon used traditional concrete tools to demonstrate several techniques that helped refine some of the more experienced contractors’ skills while giving younger tradesmen a perspective on concrete finishing. It’s apparent that these European contractors understand the important role that decorative concrete holds in increasing the overall demand for concrete products in Europe.

One facet of this coloring and texturing seminar was a focus on exposed aggregate finishes. Surprising, I suppose, because it was in the ‘70s and ‘80s that aggregate finishes were the rage in many parts of the U.S. However, just like the renewed interest in bellbottom pants and pastel colors, it seems that UK contractors may be on the verge of reigniting our soil with a growth in demand for aggregate finishes. 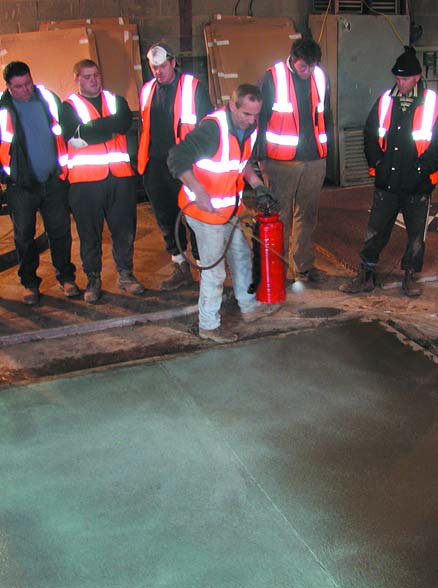 Comparing this seminar to stateside training events, I would have to give Lafarge an “A.” These contractors enjoyed exceptional training and the seminar helped build the essential network of relationships with their supplier and with each other. It’s important to add, if you’ve never gathered with a dozen concrete rogues in an English pub with Tetley’s or Black Sheep on tap, you might give it a try. It’s both comforting and a delightful place to build new relationships and talk shop, along with a few surprisingly similar political views. 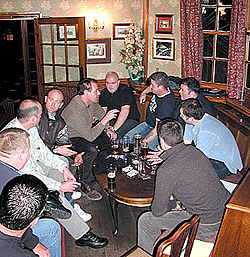 According to Lafarge’s Jon Anderson, “A challenge facing English innovators in concrete are the traditional standards Europe is so well loved for. Architectural specifiers and consumers alike still share a tendency toward traditional building materials such as stone and brick. Imprinted concrete is fake!

Undoubtedly, however, these attitudes are changing as concrete’s durability, performance, speed of application, safety and undeniable beauty proves itself time and again.”

I count it a privilege to meet many talented individuals as part of my job, and I am constantly surprised to discover how far people will travel to learn more about decorative concrete. Some of the contractors came from as far away as Holland and even the island of Cypress. It’s good that English is a common language, or the training seminar might have been quietly delivered by people wielding hand tools. Of course, that’s what most of us were focused on anyway. 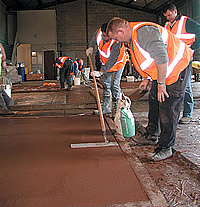 Words such as experience, leadership, and quality probably best define this event. Coupled with Lafarge’s focus on innovation, customer service and unquenchable desire to excel in every aspect of concrete, this seminar has undoubtedly set new standards for European contractors and architects. After all, the American concrete industry is a shining example of similar standards. 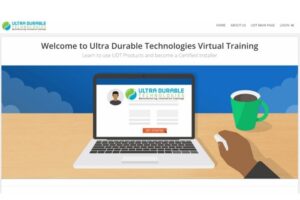 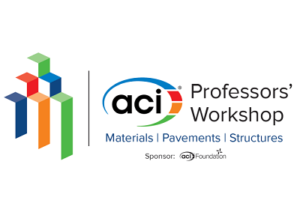