Last week, I headed up to Portland to check out some work that was being done at a new house that’s part of the 2017 Street of Dreams, an annual showcase of homes put on by the Home Builders Association of Metro Portland.

Being on an actual job site was such a different experience. While I’m still fairly new to the industry of decorative concrete – I jumped in about a year ago – watching various YouTube videos to learn what the industry is all about, didn’t do it justice.

There’s something different about being there and watching the work up close. Luckily for me Jeff Bach from Bach Custom Coatings did an amazing job of explaining everything to me.

Bach was working on a garage floor that he was prepping for an epoxy application. It was day three and I was about to get in on all the action and watch how it’s really done.

I noticed he had two separate buckets for his Part A and Part B mix and I asked him why one had tape on it. He had lined one bucket with a small piece of bright green tape so he would know that was the second bucket for mixing and also to remind him where the handle fell so he could avoid a mess once he was out on the floor applying the epoxy. What an awesome little trick! I would have never known that had I not been on the job site with him. 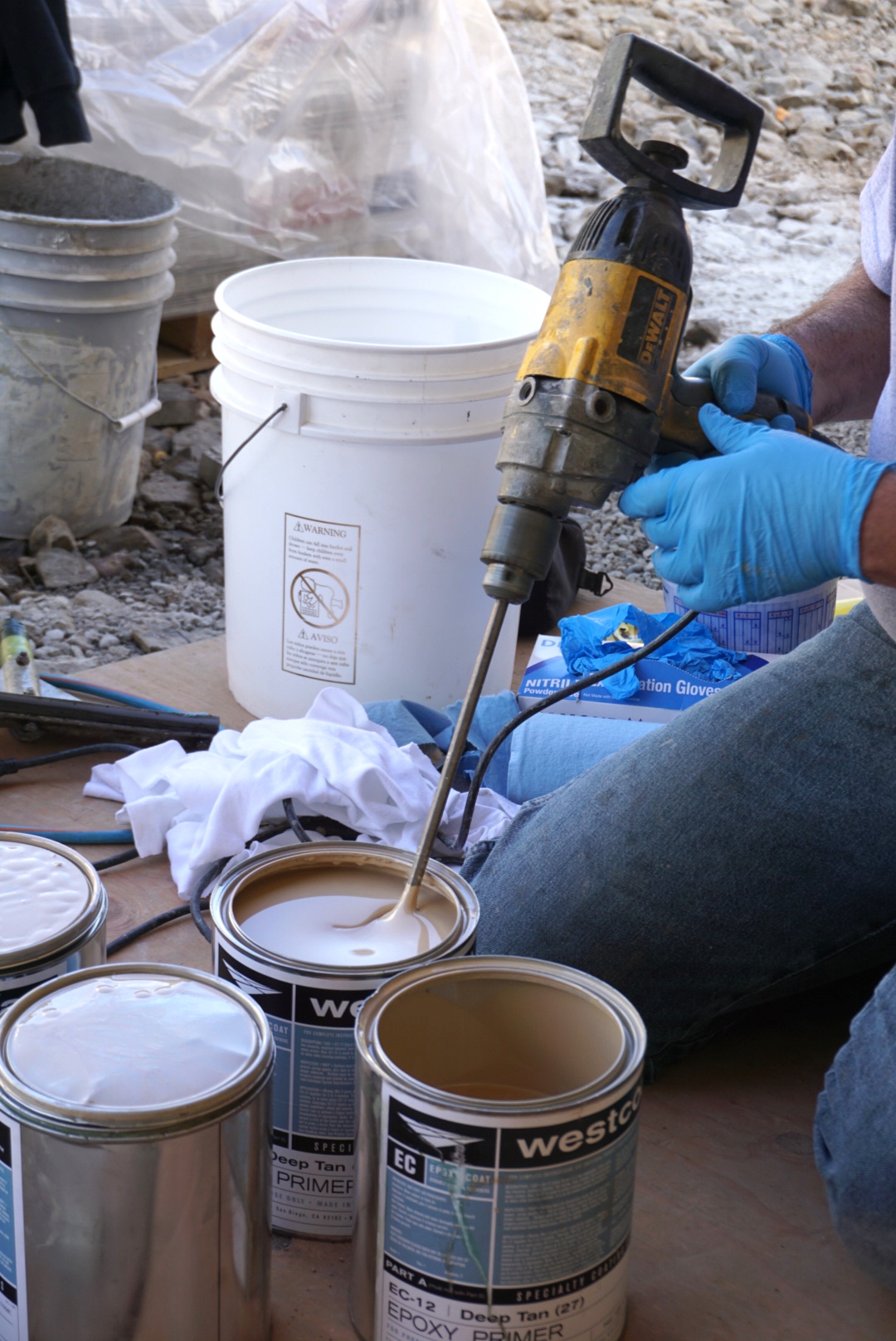 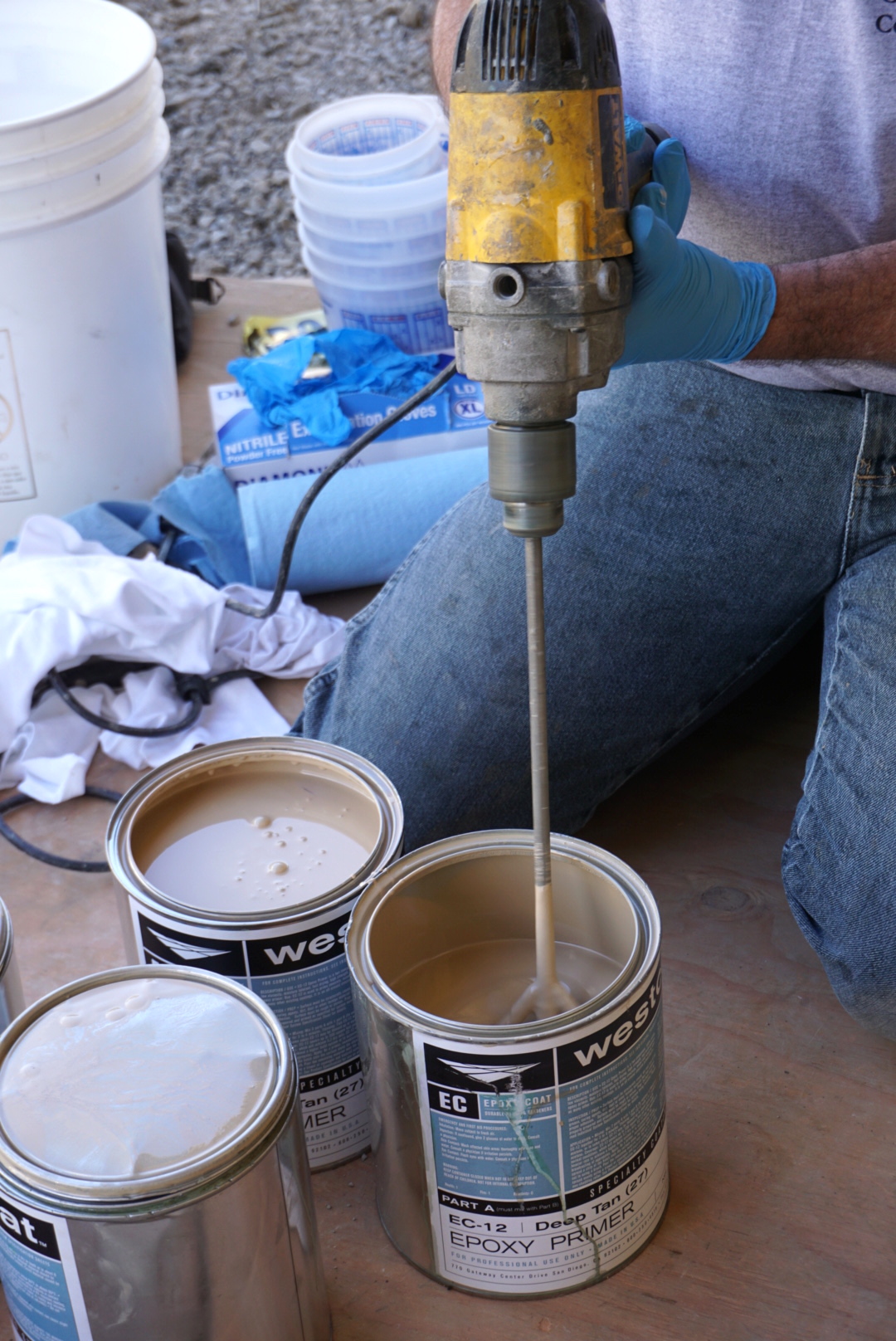 Another little hack I saw him do was individually pre-mix Part A and Part B in their respective buckets before pouring them into two separate buckets and remixing them again. This could ultimately save him money in the future in case he didn’t use all his material. It also increased the chance of his A and B components to be fully mixed. Bach emphasized the importance of splitting the time between mixing both buckets once he was done mixing them in their original cans. 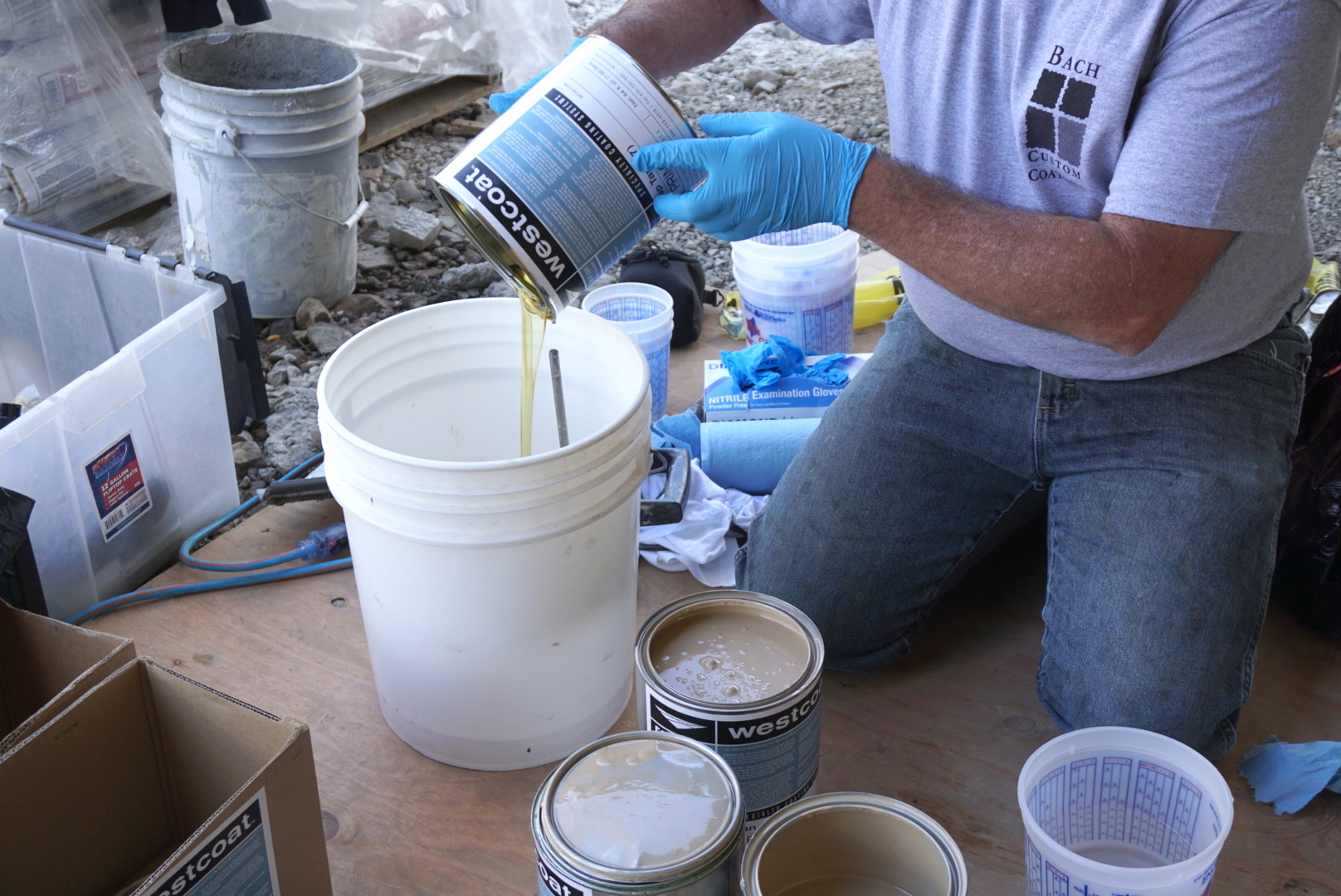 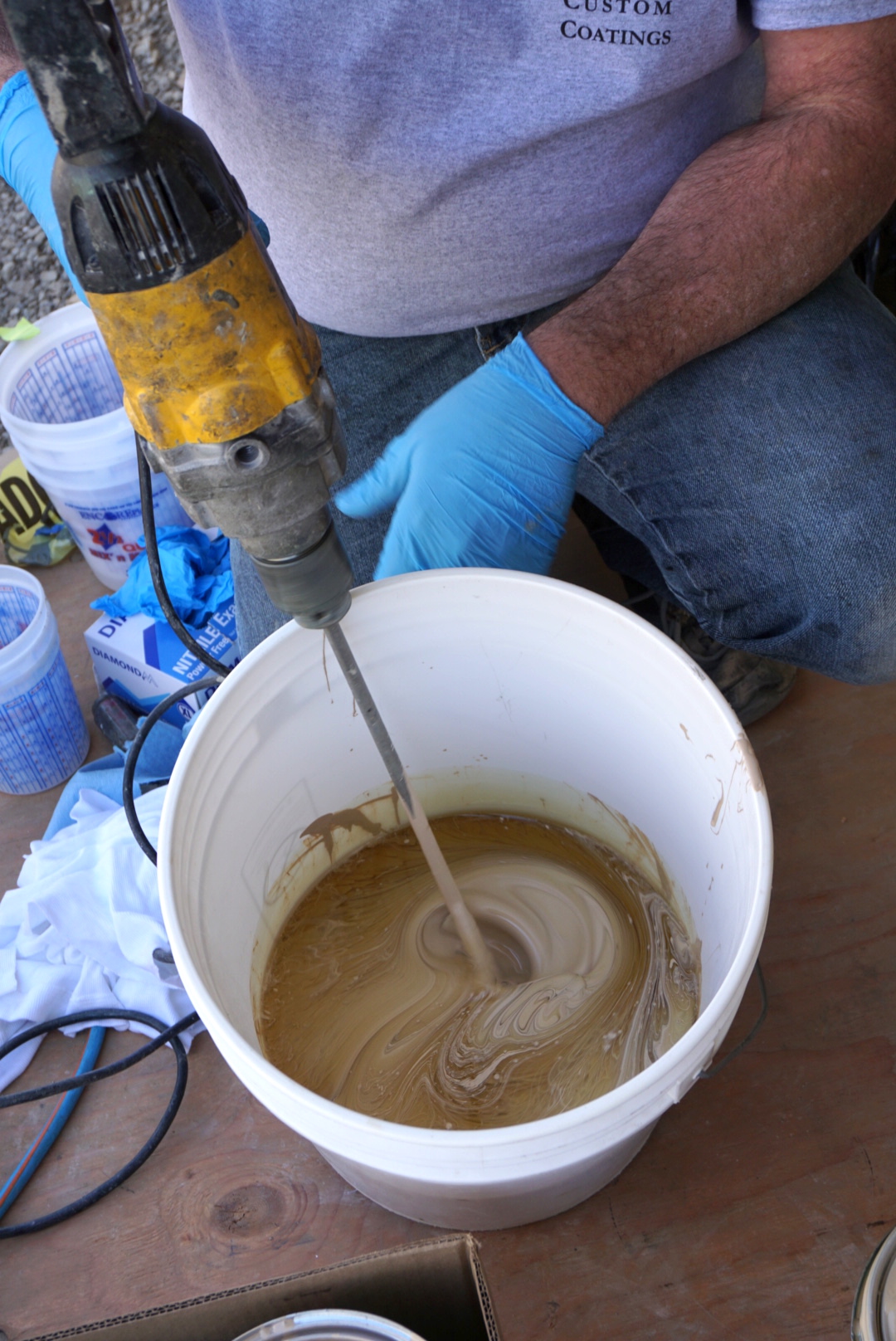 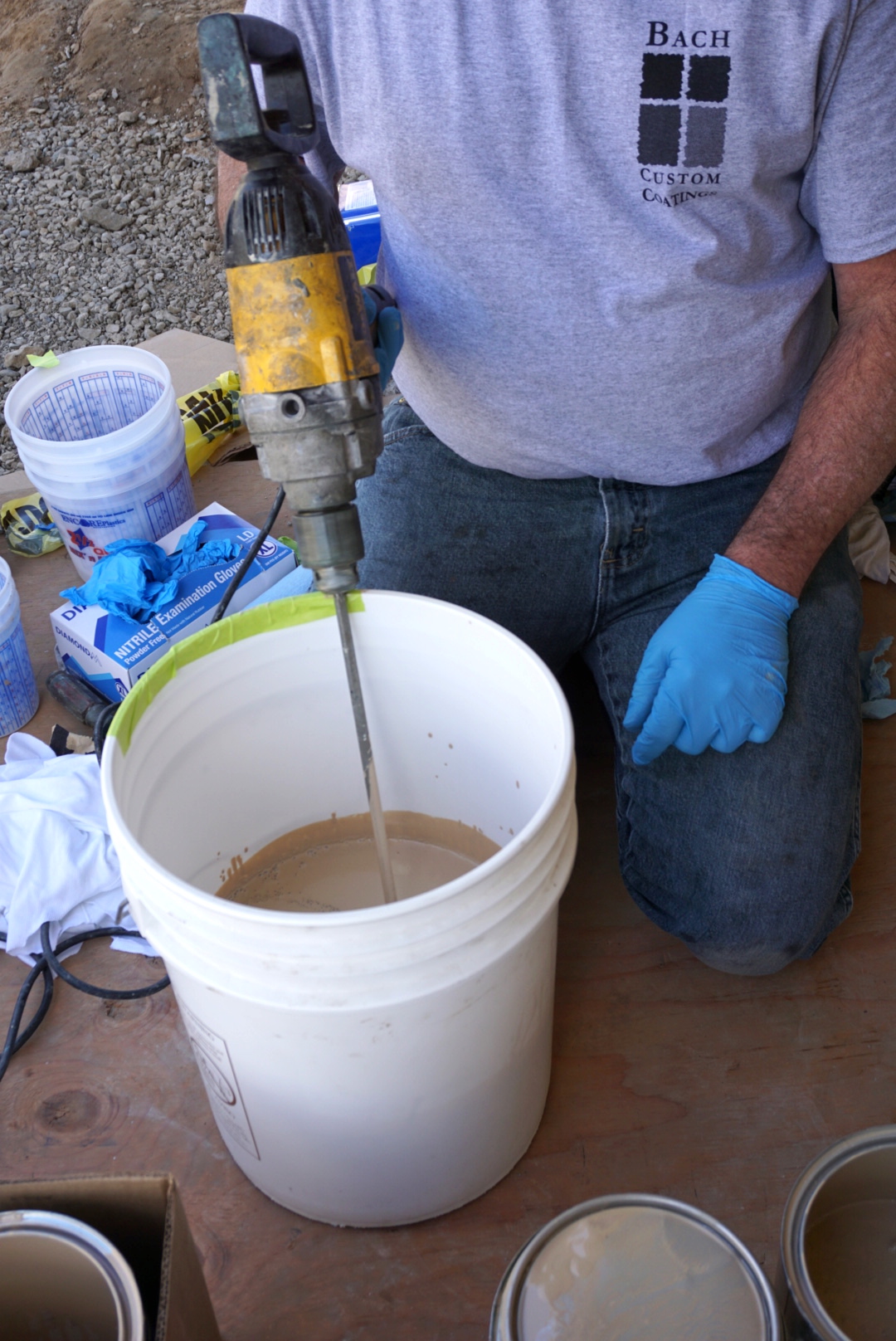 After creating his mix, he brought out the rollers he’d be using to apply Westcoat’s EC-12 Deep Tan epoxy. He began wrapping tape around the roller and I inquired why. Bach told me that because of the type of rollers he had, they dispensed a lot of little “flurries” and he wanted to make sure he removed them before he applied the mix. In other words, he was de-linting the roller so it wouldn’t leave any of those unwanted hairs on the surface of the floor coating. 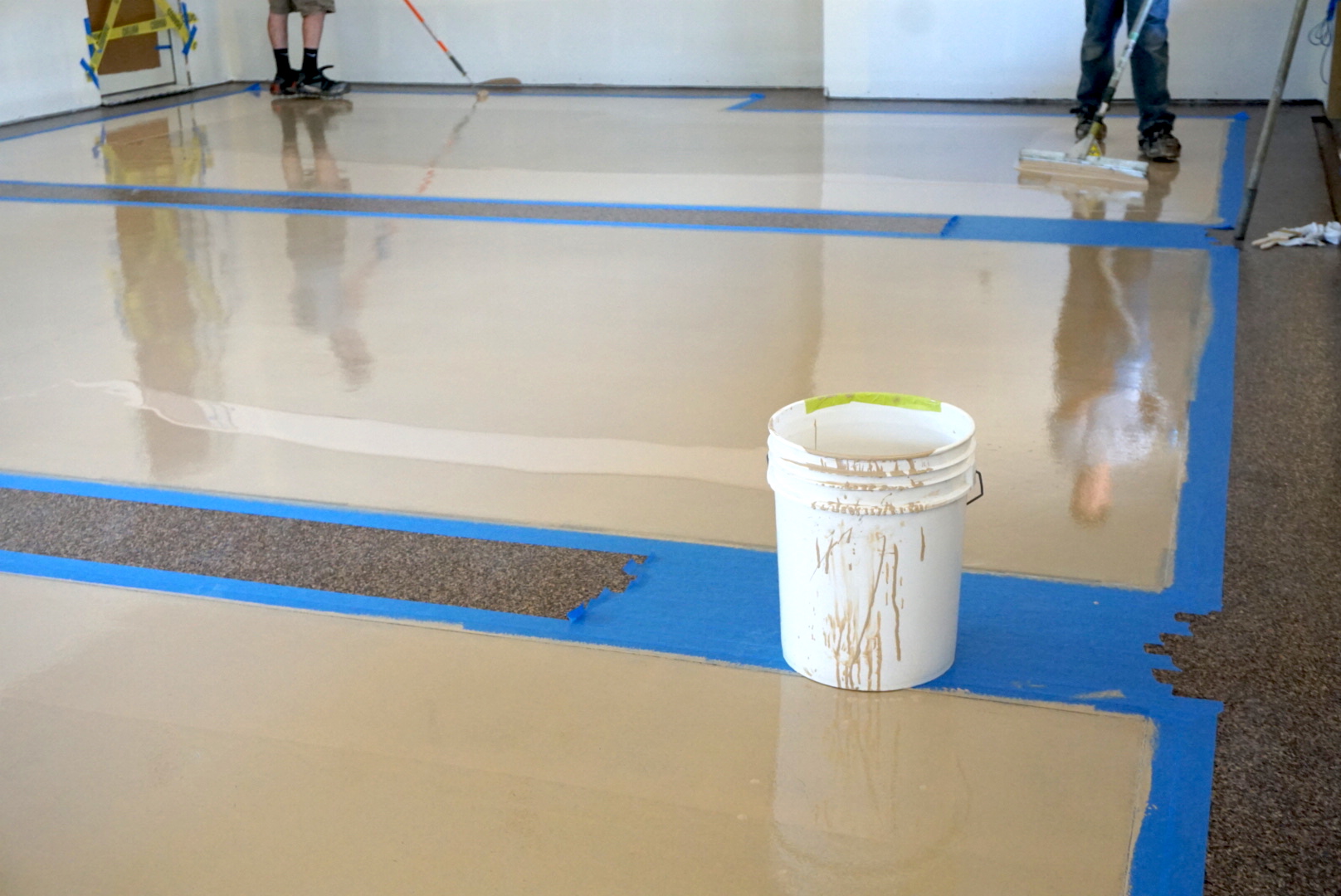 My big take away from this one-day of onsite exposure was this: A quick hack can help you avoid an unflattering finish just by spending a little more time paying attention to little details.

This is why we at Concrete Decor strongly encourage education and attending training events and seminars. It’s always good to learn new skills or tips from people who have been in the industry for years and are actual experts. Hands-on experience goes a long way.

We offer a training guide on our site that features a schedule of some of our manufacturer partners’ events, as well as classes and workshops we offer at our Concrete Decor Show.