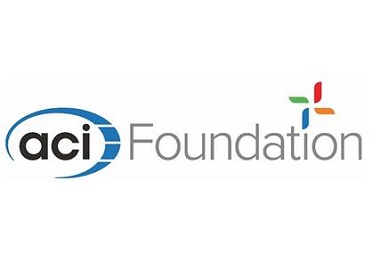 A generous donor made it possible for the ACI Foundation to establish the Bernard Erlin Memorial Scholarship in memory of ACI Honorary Member Bernard Erlin who passed away on February 1, 2022, in Ocala, FL, USA, after a short illness. The scholarship was established to honor Erlin’s many contributions to the concrete industry and ACI.

Erlin was the President of The Erlin Company, Latrobe, PA and ACI member for more than 50 years. He served as Chair of ACI Committee 116, Terminology and Notation, and was a member of ACI Committees 201, Durability of Concrete; 222, Corrosion of Metals in Concrete; and 362, Parking Structures. In 2018, he was recognized as a 50-year member of ACI. During the ACI Concrete Convention – Fall 2012 in Toronto, ON, Canada, Erlin gave the Katharine and Bryant Mather Lecture, in which he talked about Bryant’s interest in lepidopterology and told a story about collecting moths and butterflies with him.

Erlin organized, chaired, or co-chaired many ACI sessions, and authored or co-authored over 120 papers dealing with petrographic examinations and other aspects of construction materials. He was a co-editor of several books that are compilations of papers from ACI and ASTM International sessions.

In 2003, he received the ACI Pittsburgh Chapter Tink Bryan Award for exemplary contributions to the industry. Erlin was bestowed honorary membership at the ACI Concrete Convention – Spring 2007 in Atlanta, GA, USA, “For his contributions to ACI and the concrete industry; his pioneering work in the development and application of petrography for the characterization of concrete.”

The Bernard Erlin Memorial Scholarship will provide tuition assistance to deserving students studying in a concrete materials-related degree program. To contribute to this restricted fund, you can donate online at www.acifoundation. org/giving or mail a check made out to the ACI Foundation, referencing the Bernard Erlin Memorial Scholarship, to: ACI Foundation, 38800 Country Club Dr., Farmington Hills, MI 48331.

The ACI Foundation was established in 1989 to promote progress, innovation, and collaboration and is a wholly owned and operated non-profit subsidiary of the American Concrete Institute. Three councils make up the ACI Foundation; the Concrete Innovation Council, which identifies technologies and innovations and helps to implement when appropriate; the Concrete Research Council, which funds and assists in the research of new concrete technologies; and the Scholarship Council which facilitates student fellowships and scholarships. 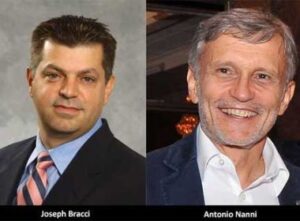